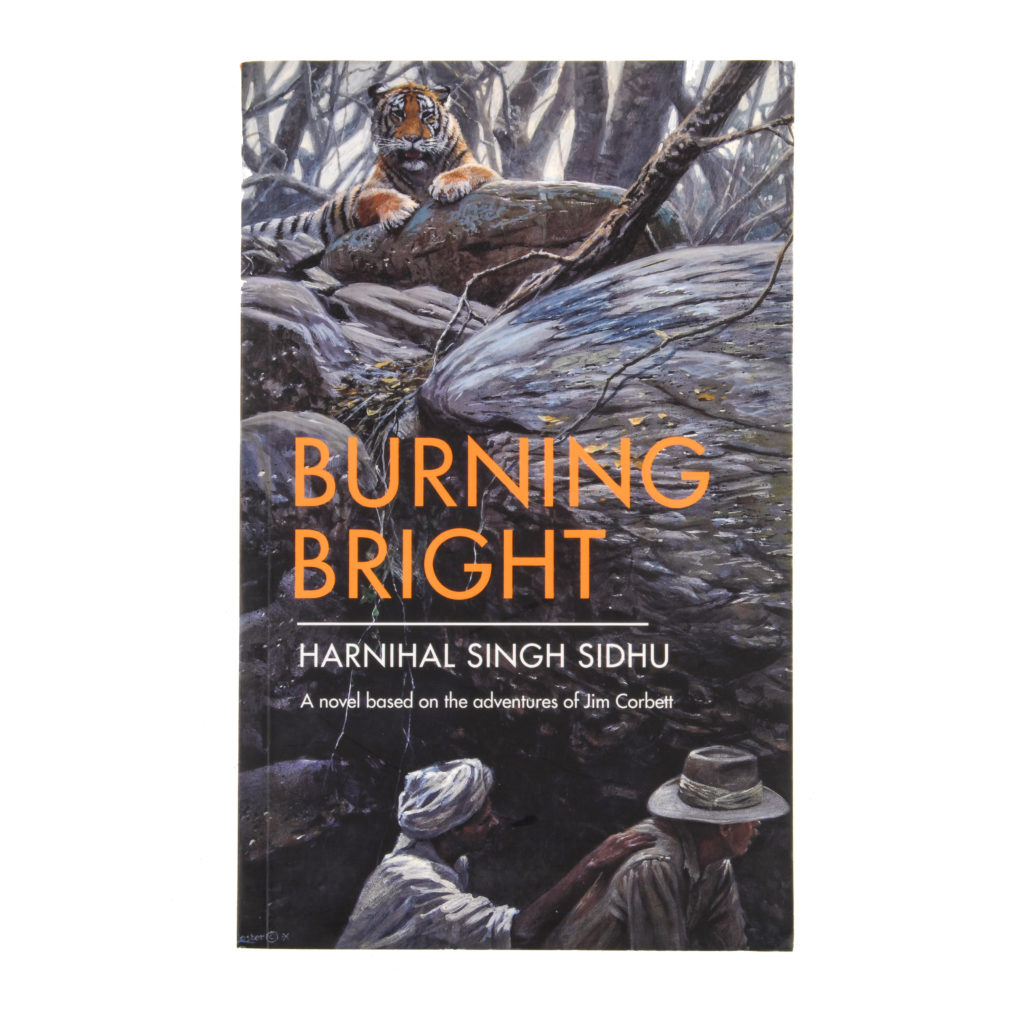 Harnihal Singh is a keen outdoorsman, firearm enthusiast and writer, who recently wrote a book about the legendary, Jim Corbett, titled ‘Burning Bright’. In this Rigby Campfire blog, he recalls a memory from the 1980s, when Rani Dube, the producer of the movie Gandhi, alongside the BBC, (British Broadcasting Corporation) filmed a movie in the Kumaon region of India, about Corbett.

It happened on a winter’s evening in 1985, over drinks in Jaipur, the beautiful pink city and gateway to the Thar Desert in Rajasthan. A gentleman called Ravi, told his friend, Ram Pratap, that his mother Rani Dube, the producer of the movie Gandhi, was producing another film on Jim Corbett with the BBC, and there was a contract to supply arms, blanks and ammunition. Ram Pratap and his cousins are mostly from aristocratic backgrounds, with a strong tradition in hunting, which sadly has been banned in India since the ‘60s. For them, the contract was a superb opportunity to relive a bygone era and they took it.

The film had to be shot in Nainital, Corbett’s place of birth, the Himalayan resort town in the Kumaon region of India’s Uttarakhand state. The boys gathered all the items on the list in Jaipur, but had to travel 380 miles north-east to where the film crew was waiting. Joining the team was director Alex Kirby and his co-writer, the British novelist Martin Booth, who had recently finished a book on Corbett, called Carpet Sahib.

My dear friend RD was part of the gang that took up the contract. They packed everything in a trailer behind a vintage Willys jeep and started from Jaipur early one morning. In the 80s, India had no mega highways or expressways and the roads were dangerous and narrow, with more valleys than the Himalayas. The journey seemed longer with an extension attached at the back of the jeep.

They reached New Delhi by the afternoon, but the Sikh riots of 1984 were still fresh and the security around the capital was bulletproof. The jeep was pulled up by the police. A jeep with four young men and a trailer full of firearms, explosives and ammunition was a recipe for trouble. The hold-up was long and troublesome, but luckily they had all the permissions, however it still took a couple of hours to convince the authorities before they were on their way.

The roads from New Delhi to Naintal were equally as bad. As the afternoon gave way to the evening, the mercury dropped and the freezing winter of Northern India felt even colder in an open jeep. The boys resorted to drinking Old Monk, the famous Indian rum, a national defence against the cold. Finally, at 9:30pm the plains gave way to The Kumaon hills.

The Willys petrol engine gave a loud grunt as it took the turn at Jim’s winter home in Kaladhungi and started on the steep ascent to Nainital. The road is frequented by leopards at night and occasionally by tigers. The chilly wind turned into a freezing wave in the Terai forest. They finally rolled into The Swiss Hotel at Nainital, as Alex and Martin were taking a little stroll after dinner at the front of the hotel. They were delighted to see the final props arrive.

“Can’t we wait for tomorrow? We are dying to have some food,” said Ram Pratap.

They untied the tarpaulin from the contraption at the back of the jeep to reveal a few shotguns, bolt action rifles, ammunition and some explosives for dummy shots.

“Where is the Rigby?” Alex’s smile had disappeared. “I had specifically mentioned that we need a Rigby!” He was visibly vexed, and resorted to shouting.

My friend RD was having a puff and heard the noise. He walked close to the jeep and heard what was going on. Alex was very upset and Ram Pratap was trying to calm him down, proposing they could use any rifle, when he overheard the ruckus was about a Rigby.

“Then why didn’t you bring it?” said Alex

To which he replied, “No one told me to.”

“It’s a double rifle, not a Mauser action,” said RD, trying to slip out of the situation.

“I don’t care as long as it’s a Rigby and I want it here by morning” said Alex, as he disappeared into the hotel.

RD belonged to landed gentry in Rajasthan, but he lived in a valley city called Dehradun – famous for its lovely weather and surroundings – which was almost 200 miles northwest of Nainital. The rifle was with his father in Dehradun, so there was no option but to start for Dehradun immediately.

After a hearty mutton stew for dinner, the Old Monk came to the rescue again. RD and two of his friends rolled up their collars after stiff shots, and the Willy’s grunted again. They reached Dehradun at 8am, and shocked his father, who was having his morning walk after a hearty breakfast.

RD said, “We need your rifle.” “My rifle – for what?” asked his father. After they had explained the whole situation he said, “No! You don’t hold a license for the rifle and I can’t allow you to take it. It’s illegal. But since most sons have a way with their fathers, RD convinced him to call the Deputy Commissioner and request a special permission to carry the Rigby. That went smoothly and after a small nap and a warm bath, RD and his friends got the papers and started back to Nainital, arriving at dinner time. Alex was more than delighted to see the Rigby!

During the shoot, Martin Booth offered him a King’s ransom for the rifle but he refused and to this day it’s still owned by RD.

The actor, Frederick Treves, who played Jim is seen carrying the rifle in the movie. Martin Booth mentioned an incident in his book, which RD also witnessed, where an old man walked 48 hours to meet Jim Corbett. He believed that Frederick Treves was not an actor but Corbett himself, and addressed him as “Corbett Sahib”.

The location shoot lasted a couple of months, and was mostly shot in the early hours. The crew were usually working by 4am. The rifle was never shot because most of the photography happened in the Corbett National Park, which is a wildlife sanctuary where firearms were totally banned.

Friendship comes in many shapes and ways – the Rigby and Corbett friendship is one such example.  While Jim rests in Africa, his trusty old .275 Rigby magazine rifle remains in Rigby’s museum in London, yet they, the iconic brand and the revered naturalist/photographer/hunter came together again in Kumaon – at a different time and in a different shape. Corbett and Rigby – two legends that remain forever linked.

If you are interested in reading Harnihal Singh’s new book about Jim Corbett, titled ‘Burning Bright’, you can order your copy from the Rigby Shikar Store by CLICKING HERE.