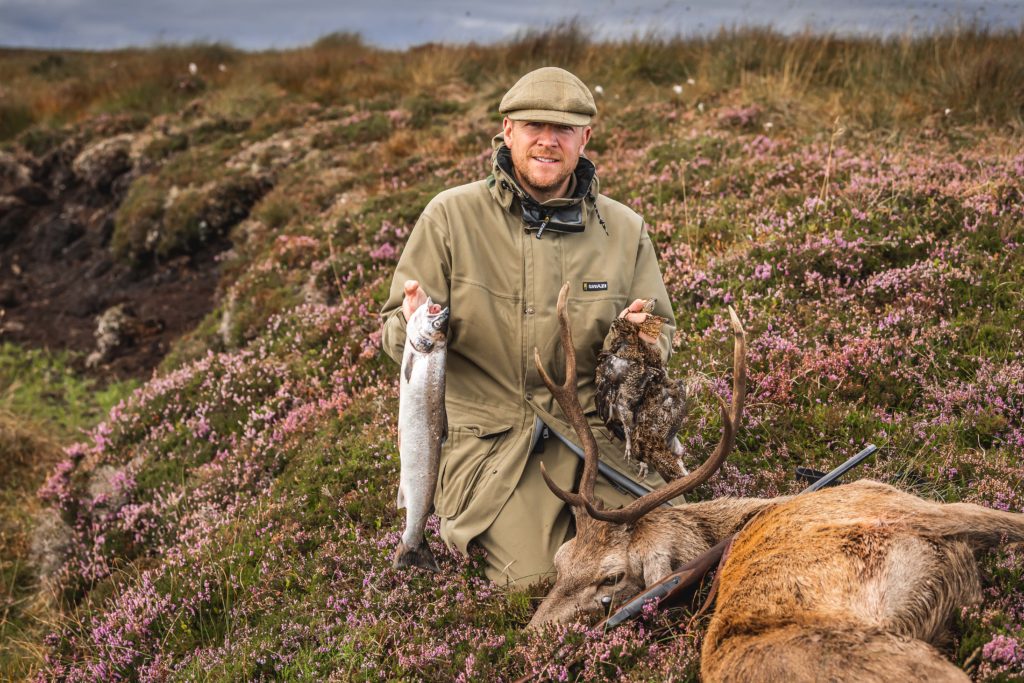 After 10 years of efforts, British sporting journalist, Simon K. Barr heads to Thurso to successfully complete The Macnab – a famous hunting challenge originated from the novel by John Buchan.

John Buchan’s fable of John Macnab has been omnipresent throughout my life. I first read a tatty Penguin edition as a child and have read it twice more as an adult, every time devouring the dog-eared pages in just a few hours. I was and will forever remain spellbound by this ultimate sporting challenge – catching a salmon on the fly, shooting a brace of grouse and taking a stag, all in one day between dawn and dusk.

The 10 years since my first attempt in Argyll have been peppered with its narrative. When we married in 2011, Selena surprised me with a leather-bound first edition two years in the finding. In 2014 we moved from Sussex to the Scottish Borders, partly to be closer to the river Tweed to fish for salmon and master a double-handed fly rod, boosting my chances of a successful Macnab. We added a hidden bookcase door to our snug and to gain entry, a copy of John Macnab must be partly pulled from the shelf. Upon relocating our business to Edinburgh, we renamed the building Macnab House. 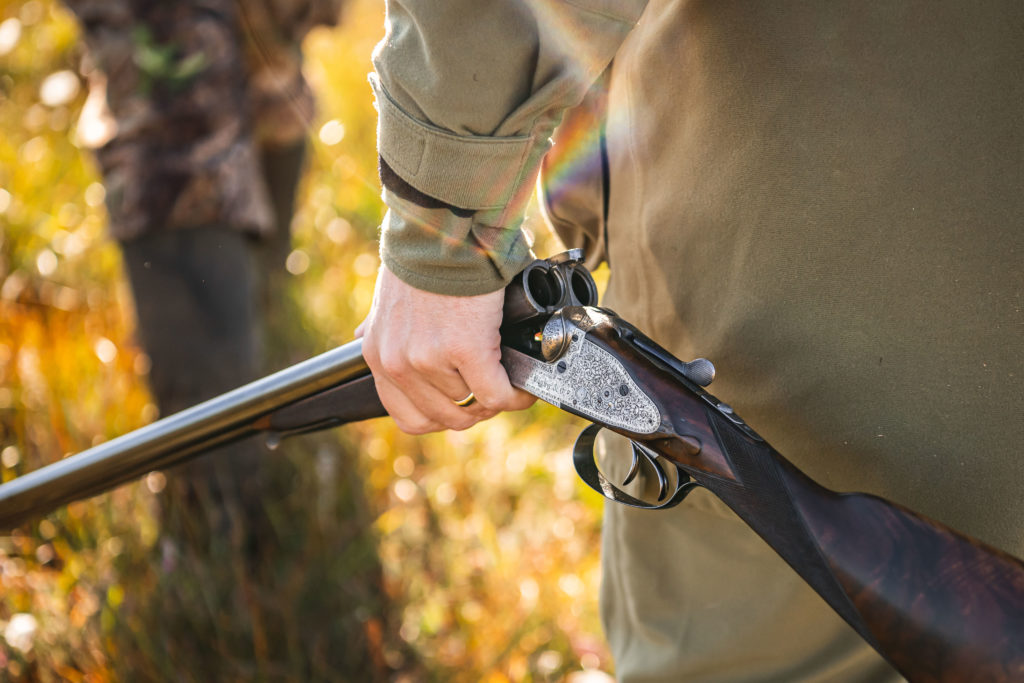 There are 11 chapters to my Macnab story, 10 ending in defeat. It’s been about patience, something I am little known for, bloody mindedness, I’ve more of that, and determination. It is customary to start with the fish, the ficklest component in the Macnab. The one time I reordered the elements, I had a royal stag by 10am, a brace of ptarmigan by midday, but no lye in the Orchy would give up its treasure before darkness fell.

My decade-long mission culminated in Caithness in September when the water conditions of the Thurso were terrible. With no significant rainfall since July, the river was very low and stuffed full of fish, bored, stale and disinterested in flies, a seemingly hopeless situation. The first day I was on the river by 6am with a hard stop at midday to allow time for the grouse and stag. I fished hard for six hours over pools boiling with activity with no joy – we drew stumps. In the evening, we fished again – for fun – and incredibly, I caught a salmon. Any day you hook a salmon is a good one, but this felt bittersweet. 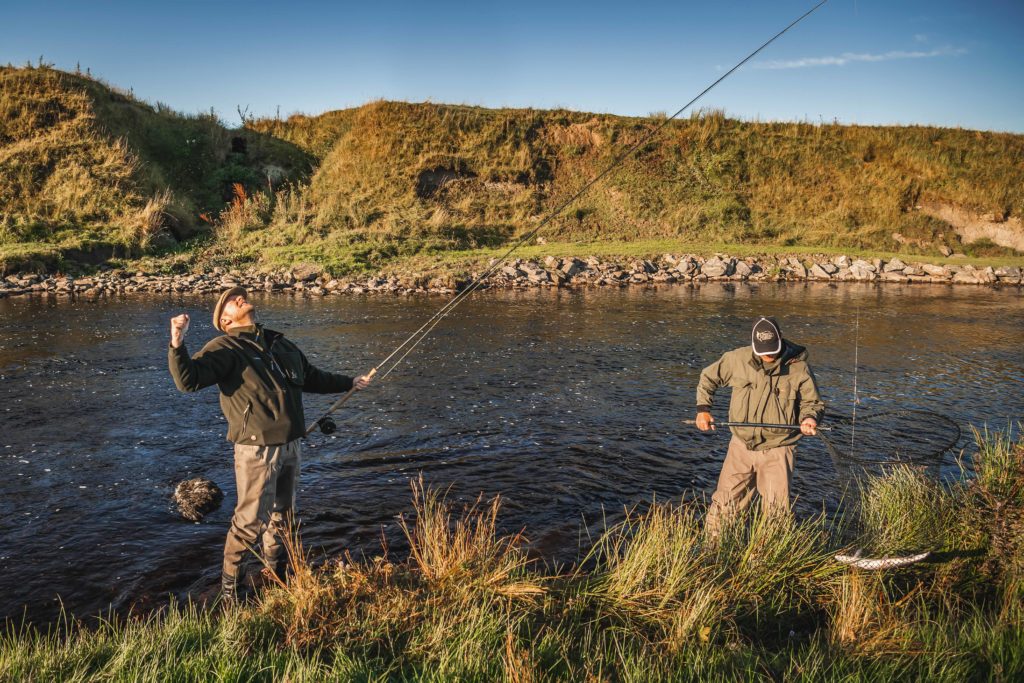 The next morning, we changed beat to lower pools towards the sea. It was narrow like an Icelandic river, the sun was rising and there were salmon splashing everywhere. With renewed optimism and encouragement from Jim Cameron the ghillie, I began casting. Within 20 minutes, I’d hooked a salmon. Then, after just four seconds, it was off. I don’t think I have ever used bluer language on a riverbank. I was crushed. Jim told me to pull myself together and go to the top pool using his traditional fly. At 8am on the dot, swinging a classic dressed Willie Gun double over the pool, the line tightened, pulled, and my antique 1910 Hardy Perfect reel sung into action. I gingerly played, palmed and landed a fresh cock grilse of four glorious pounds. The Macnab was on!

Jim hadn’t been hugged by an angler in his 16 years there, but I think he understood. I jumped into the Disco and set off to the headwaters of the Thurso on Ulbster Estates, a rolling expanse of peatland and wetlands flatter than much of Scotland, making stalking far more of an art. Mark Pirie, a veteran stalker and keeper, decided we’d attempt the grouse first. I was shooting over an experienced English setter called Flame and after half an hour of yomping through tussocks and heather, he was on point. The covey flushed and I lifted an 1895 Rigby Rising Bite 12-bore to my shoulder. I shot the first, nerves getting the better of my gun mount, then missed the second. Mercifully Flame soon winded another covey and I pulled the trigger to bag my brace at 10am. Time for the stag. 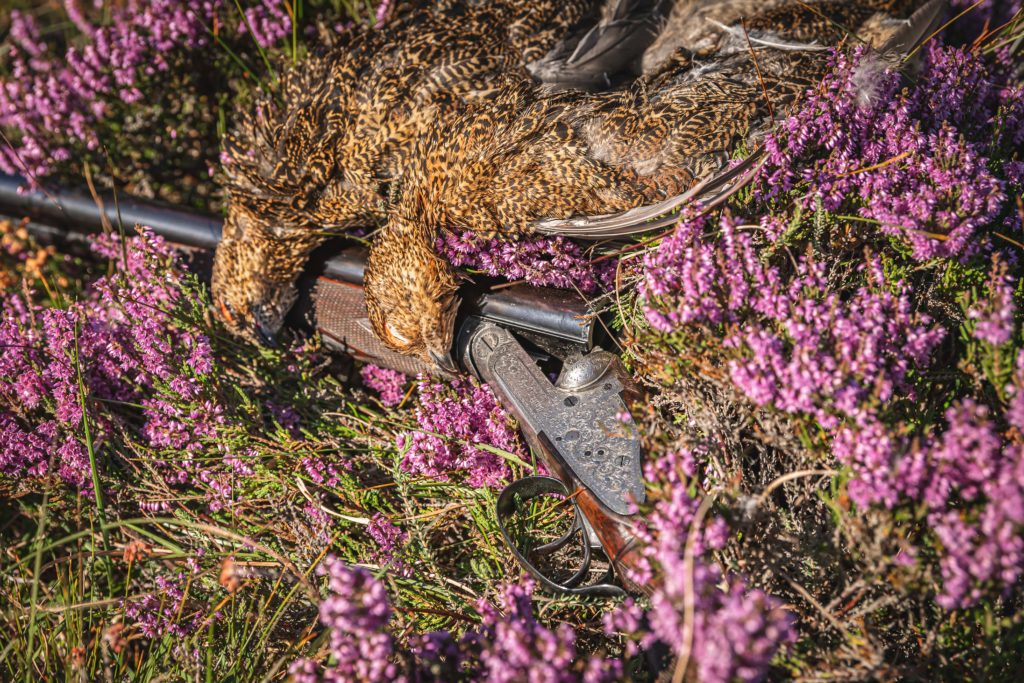 The route to the stags followed the Rumsdale burn, a small tributary of the Thurso. Identifying a group of shootable animals, we stalked and crawled using what cover peat hags and the small burn gave us. We glassed hard antler ahead of us and found an old stag, bedded up 140 yards out and in no hurry to move. After 90 long minutes, he stood – first towards us, but then turned, quartering away. I split the light between his front legs with the vertical post of the crosshair, came halfway up the body mass and squeezed. The .275 Rigby dropped this majestic beast a few yards from the burn, my Macnab concluding at the headwaters of the very river I’d started at. 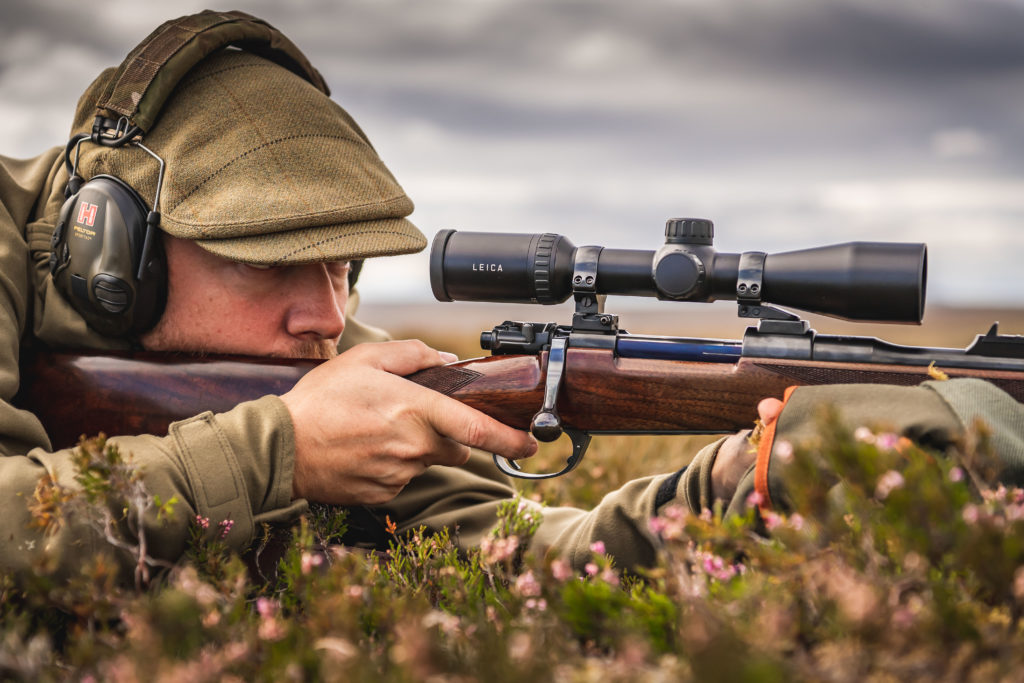 That evening when I arrived back at the Ulbster Arms, the staff and other guests gave me a round of applause as I walked through the door still clothed from the hill. It was brilliant. I thanked every ghillie, stalker and keeper whose skill and good humour made it possible, and Selena, my wife, for her patience and encouragement with my obsession. Every sportsman understands the magnitude of the accomplishment. There is no trophy or tie at the end of this challenge – just personal satisfaction, bragging rights and a fine dinner party anecdote.

With thanks to Lord Thurso for the privilege to complete this challenge at Ulbster Estates.

Try your own Macnab at: internationalhuntingscotland.com