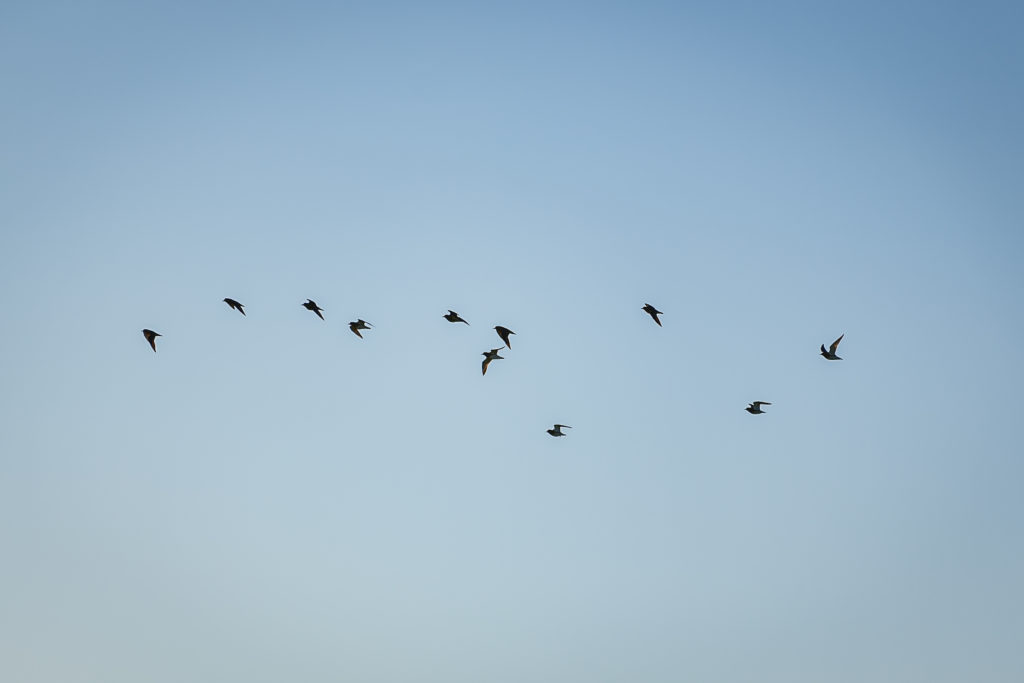 British sporting journalist Simon Barr is in the remote Tamar Valley in Devon with Rigby managing director Marc Newton to enjoy a day of driven snipe.

Maybe it’s down to the difficultly level? Perhaps it’s because they are totally wild? Either way, shooting a wisp of common snipe is a life-affirming pastime – wholesome, testing and gratifying. And it is something that has been done for hundreds of years in Devon’s Tamar Valley which attracts a huge number of the waders each season. It is managed by lifelong gamekeeper Jeff Reynolds who is keen to target migrating snipe – not the resident breeding stock. “Wild snipe are a precious resource and need to be managed sensitively,” explains Jeff. “We are careful to manage Guns’ expectations and welcome those that see the merit in shooting small, hard-gained bags.” To put numbers into perspective, there are 80,000 UK breeding pairs, one million migratory birds winter here, and just 150 are shot during the season.

The term snipe hunt used figuratively means a fool’s errand. With a flight speed of up to 60mph and an erratic, jinking flight path, a great many more are shot at than are hit. Shooting snipe is a rite of passage for experienced Guns with lightning-fast reactions. That meant a day of driven snipe, unpredictable and challenging, was the ideal post-lockdown escapism. 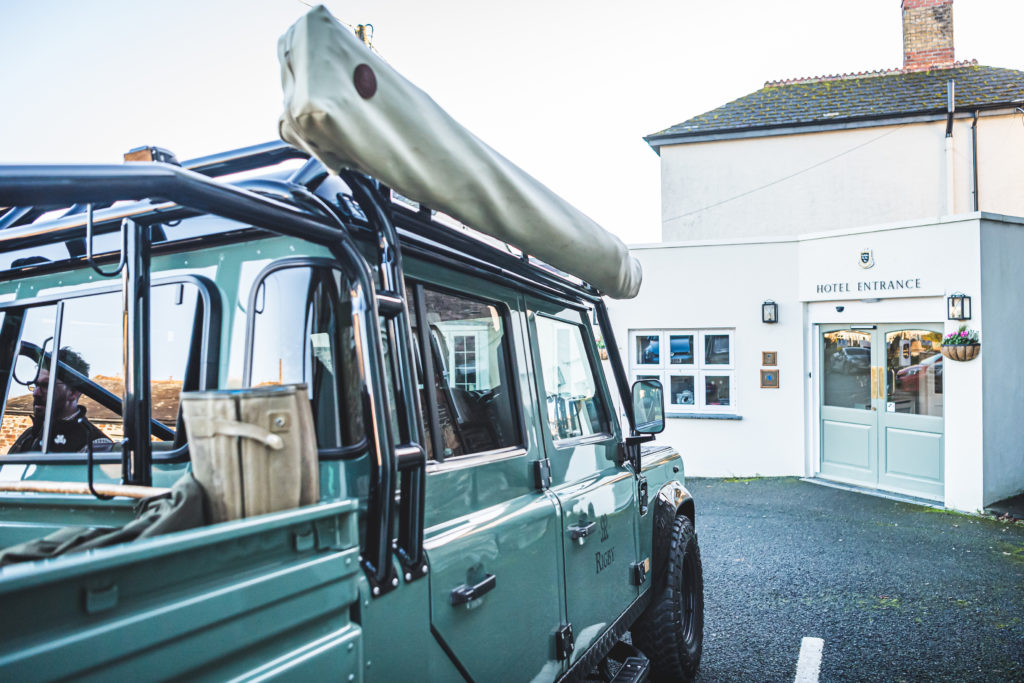 I stayed at the iconic sporting hotel “The Arundell” in Lifton, Devon. This 300-year-old, 27-bedroom hotel was acquired by Simon Village and Arabella Monro in July 2020 and has undergone a seven-figure restoration. “We used the first national lockdown to undertake work which would be impossible with an operating hotel. Over six months we replumbed, rewired and totally refurbished the hotel. Eyebrows raised when we told people we were buying a hotel during the pandemic, but our background financing projects in Africa meant the risk of buying the top field sporting hotel in Devon appeared perfectly acceptable.”

The duo has a clear vision for the hotel and the sport they provide. As well as winged-game shooting and deerstalking, they own rights to some 22 miles of the river Tamar. “This is fieldsports done properly. We want staying at The Arundell to be an annual event and the hotel is designed to appeal to everyone, from shooting and fishing stalwarts to those coming to learn the etiquettes and skills of fieldsports.”

There is a knack to shooting snipe. To get your eye in, practice on helice ZZ clay targets which fly in an erratic zig-zag way and mimic the tricky flight line. Many Guns let off a shot too soon trying to judge whether the bird is going to zig or zag. Far better to hold fire for a few seconds and wait for the bird to straighten up. Easier said than done, however.

The day started with the six Guns congregating outside the hotel’s listed cock-fighting pit in ideal conditions: overcast, drizzling and chilly.

My fellow gun and good friend Marc Newton, managing director of John Rigby & Co., had brought along the new Rigby Land Rover for us to admire. This one-of-a-kind Keswick Green Defender is the result of a partnership between Rigby, Kingsmen Editions and Traditional English Guncases (TEG). Bespoke twin drawers held Marc’s stunning Rigby Rising Bite shotgun and bottles of bubbly and glasses, which we availed of at the end of the day. 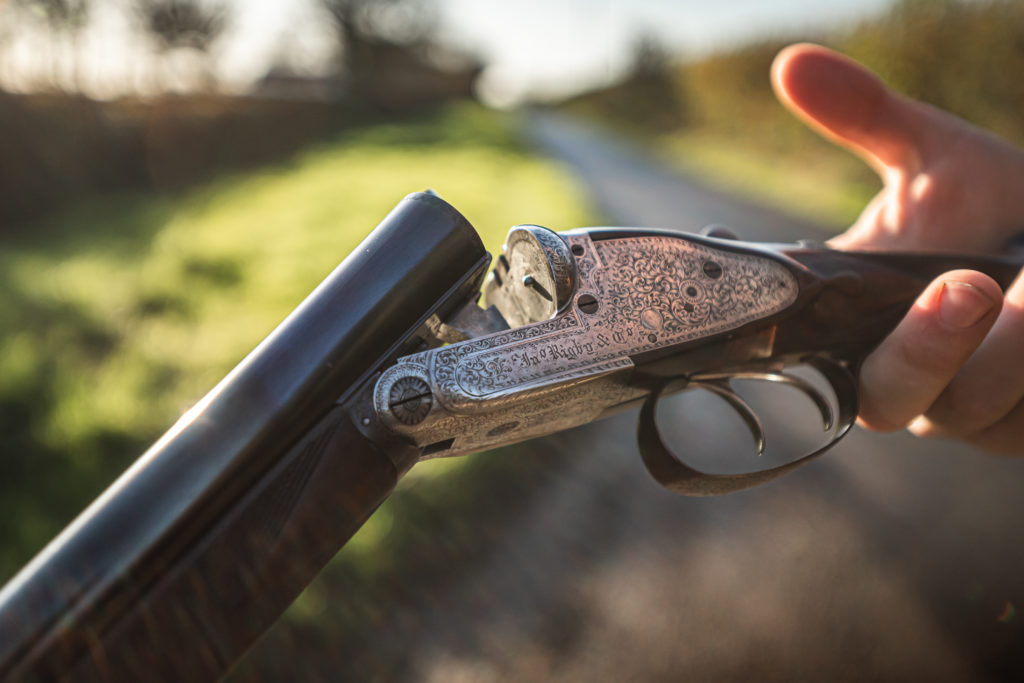 It was only a short drive to nearby farmland, where empty dairy cow fields stay wet all winter, making an ideal habitat for snipe. Snipe want to fly into the wind, so Guns are tucked behind dense, leafless hedges with the prevailing wind on their back. A typical day is made up of nine to 12 drives. “Snipe are sharp and funnelling them to Guns is an art, but we are an experienced team,” says Jeff.

My heart was pumping as, pressed into the cover of a hedge, I heard the crack of a beater’s flag. A cloud of over 100 snipe lifted into the wind, with the flush lasting less than a minute. These diminutive birds gained height quickly and my first two shots with 28-gram No. 7s haplessly missed their mark.

We shot on average a brace per drive and saw hundreds of snipe against the backdrop of rural Devon. The highlight was watching two towering snipe making a getaway when, without a glimmer of hesitation, the Gun to my right connected the muzzle to the first bird’s flight line, then moved to the second and felled both. 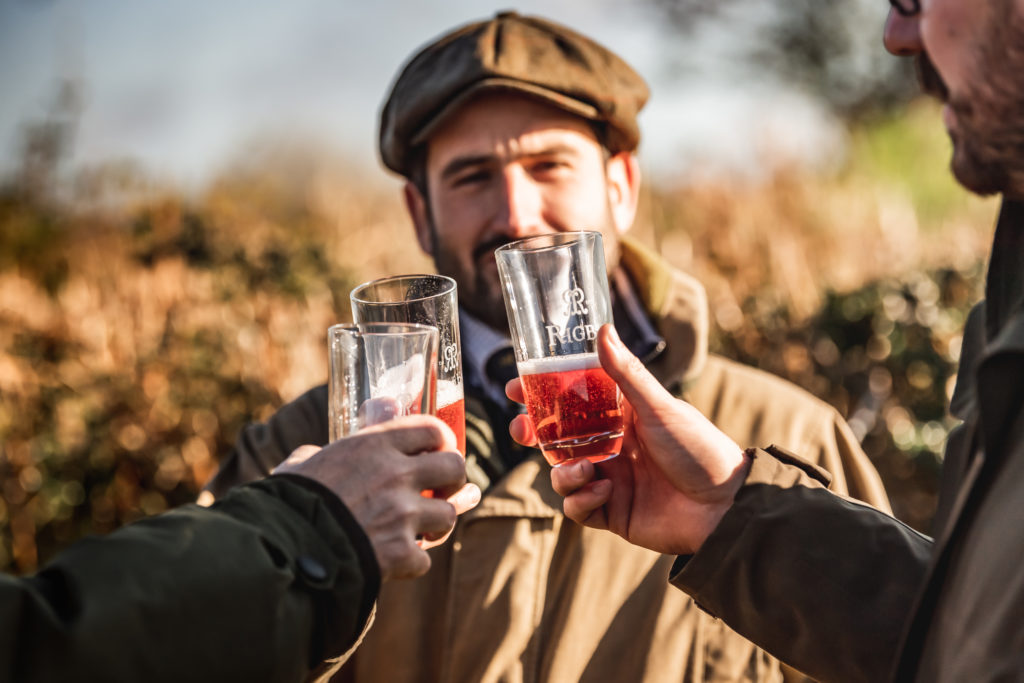 This was some of the most enjoyable and dynamic wild shooting I have experienced. I shall be taking an annual pilgrimage to The Arundell with company that I know will appreciate both the sport and a good, old-fashioned shooting party.

It is the hotel’s custom to place the bag on a huge silver platter and parade the birds to the kitchen, where they are turned into bitesize canapés. “Food is a real focus for the hotel,” confirms Simon, adding: “As well as gamebirds, we only serve wild fish and venison from the moors and local estates. Provenance is key.”The Arundell is a unique proposition, there are few sporting hotels left that can offer so much on their doorstep in such an authentic way. 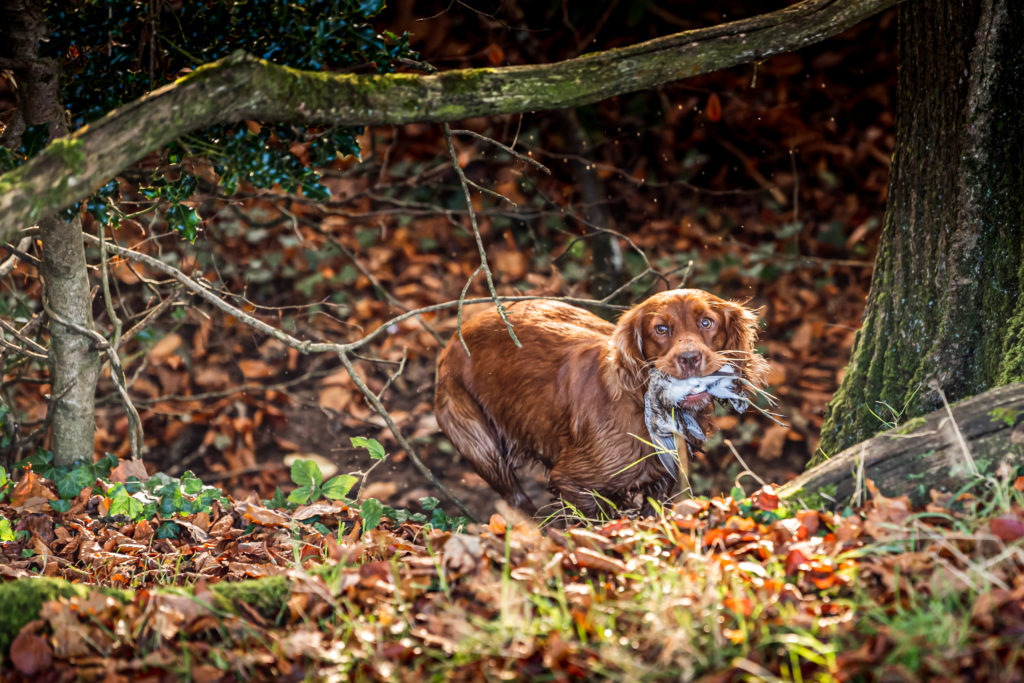