Robert Donaldson, a pilot from Texas recalls his first experience of taking his new Rigby Highland Stalker rifle to Zimbabwe, last September. Discover how successful Robert’s plains game hunt was and how well his rifle performed in our latest Campfire blog…

I’ve been fortunate to have hunted in Africa for the better part of 27 years, sometimes going twice a year, but it was this year that I had the privilege to carry my brand new Highland Stalker in .275 Rigby. My long-time friend Andrew Ambrose, who works as the head of sales at John Rigby & Co. helped me to order my Rigby at the SCI Convention in Reno, in January. By late March the gun was in my hand. I was incredibly impressed with the quick turnaround time.

I spent the first part of the summer working up a load the gun liked. Pleasantly surprised, the .275 shot very well with factory-loaded Federal 175-grain bullets. But, being a dedicated hand loader, I had to “roll my own”. I settled on a load that pushed the little Swift A-frame 160-grain bullet at modest velocity. Now I just needed game to hunt. 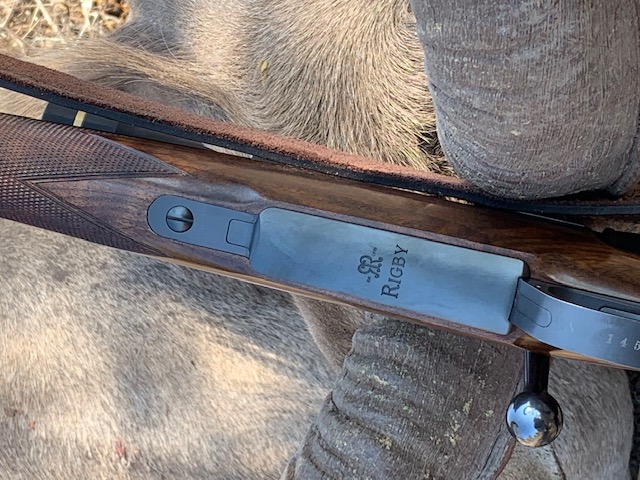 Bishopstone Estates is located in the southwestern part of Zimbabwe and is primarily an orange growing estate, however they also have a safari operation with excellent hunting opportunities. Professional Hunter John Hunt manages the safari operation and he’s a good friend of mine – we go way back. It was with John, that I would be breaking in my new Rigby.

Arriving onto the estate, the first morning found me out zeroing the rifle on John’s “shooting range”, which consisted of a sandbag over the bonnet of his land cruiser, along with a nice cardboard box. The little Rigby confirmed its pedigree with two shots touching each other at 100 yards. At this point, I knew the gun would shoot.

As we drove through the game area John asked me to shoot a few “bait impala” so he could bait for another client coming after me. I have always considered my rifle as a “keeper”, if the first shot fired at game was successful. Let me say here the Highland Stalker was most certainly a keeper, proving its worth on a large doe. That morning I used the Rigby on a couple more impala, plus an eland cow and a wildebeest rounded out the first day. 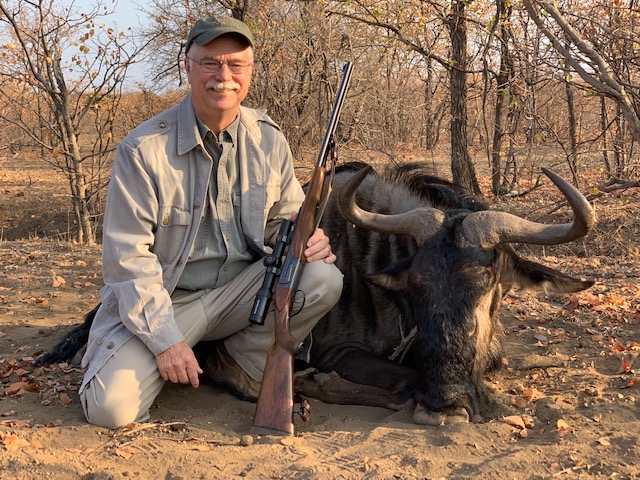 Day in and day out the Rigby continued to prove itself. Just before my last day, my trackers spotted a couple of big kudu bulls several hundred yards off. John and I made a long stalk to finally get within a couple of hundred yards. John put the sticks up and said the bigger one was on the right. I placed the crosshairs on the kudu’s shoulder, and he was mine. Later that day, I rounded off an incredible hunt by using my double on a Cape buffalo – making it one of my best days ever in Africa!

The little Rigby is back in my gun room now with a fresh coat of oil and a few new “memories” scratched into the wood and into my heart.