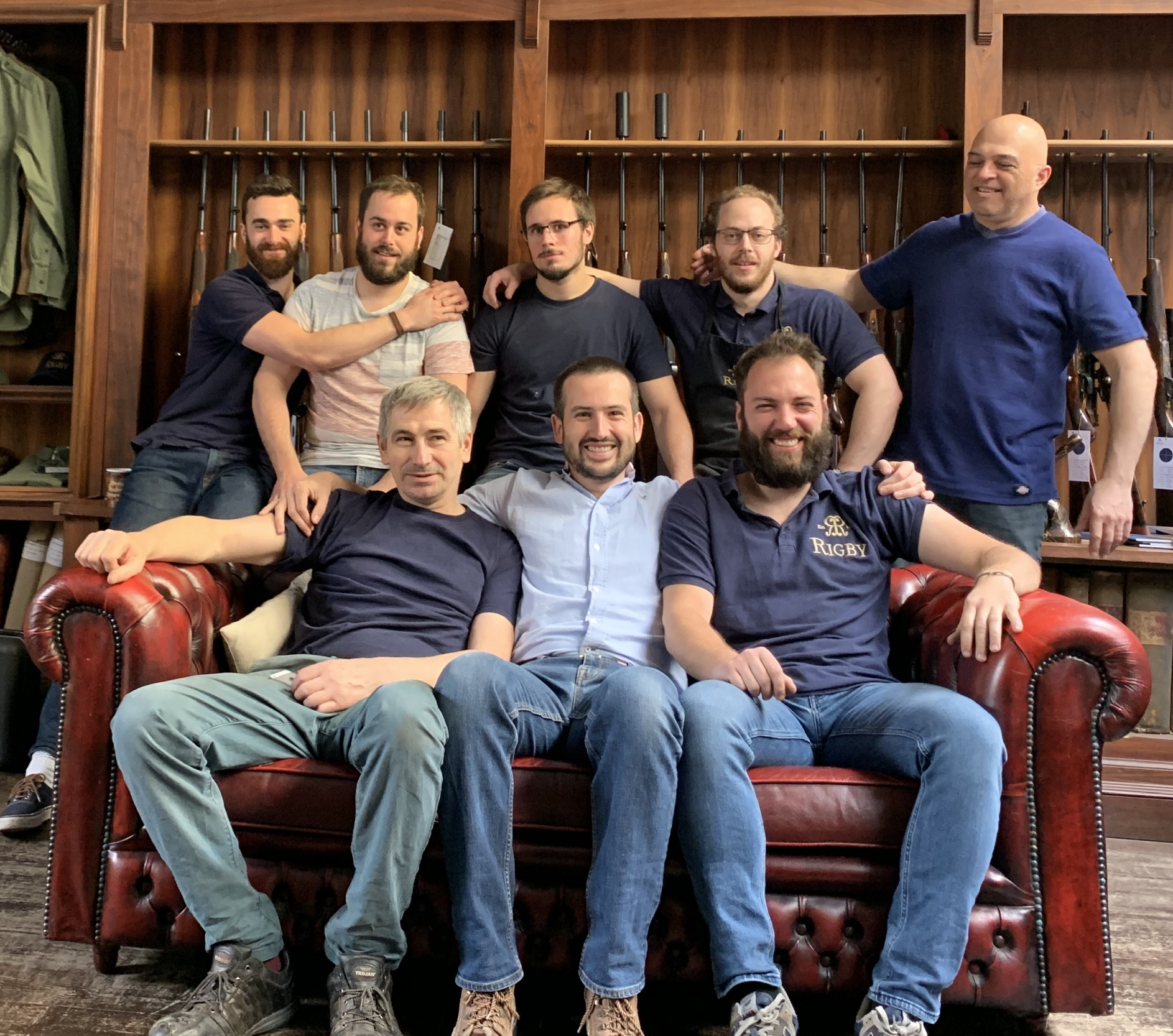 Marc, since we last spoke to you, things have massively changed in the Rigby workshop in light of COVID-19 – can you tell us what’s been happening at Rigby to tackle this issue and how did you prepare?

We were very fortunate that we hedged our bets that there would be a lockdown and as a team we spoke about it three weeks before it was implemented. Already at that point, anyone who had any underlying health conditions, I had them working from home, as well as anyone who was catching the train or bus to work. We are very fortunate that our gunmakers all walk to the office, as they live locally.

We spoke collectively and the guys who were still at the factory decided that we would lock ourselves into the building should that time come.

Fortunately, we had three weeks to prepare, then sure enough on Monday 23 March, the British Prime Minster, Boris Johnson announced the lockdown, however we had already locked ourselves in.

Seven weeks in isolation in the Rigby workshop, how has that been?

It has been great for catching up on work, but it’s important for me that the team aren’t working 24/7. We all decided to really crack on with work and focus our attention, because we had only two options – we could be sat at home or keeping busy at work – and as I’ve said so many times before, everyone is so passionate about this company.

It’s been a lot of fun to hang out with a bunch of incredible guys and spend time with them, whether that’s in the factory or standing around the braai having a beer at the end of the day. The bond that has formed is beyond anything I thought was possible in a business.

How has coronavirus impacted business?

We are still receiving orders which is great, and although we can’t ship firearms, we are still shipping smaller Shikar Store orders. Rigby, making a stand like this has really inspired people and we seem to be receiving a lot of support from clients, who want to be a part of this.

Some of our outworking facilities are closed at the moment, which will cause a bit of a bottleneck later, but it has given us time to catch up on other things.

How do you keep spirits up in the workshop?

We haven’t had any fallings out and if someone is having a bad day, he is elevated by the others. The guys in the factory are more of family than a team, it’s like a brotherhood. When you throw passion and dedication into something like this, the rest takes care of itself.

Have you learnt anything new about your team?

Masses; how much grit they have has been the biggest thing! By spending time with them around the breakfast table or over a coffee and getting to know them on a more human level, will only benefit the business and everyone’s lives after.

Have you still been in regular touch with the Rigby team members isolating at home?

Yes, one or two of the members are continuing to work, but everyone else is on furlough and enjoying some well-deserved time off. They do send us messages to check everyone is okay. It just goes back to that phrase I keep reiterating that we’re one big family.

It’s really important to keep in touch with everybody because mental health is such an important issue, especially at a time when people are locked in their houses and routines are broken.

What projects are you working on?

A number of London Bests and Rising Bites, which will be pretty historic guns because they are some of the only Rigbys made in the world under a lockdown.

We’ve also been producing a limited edition set of 10 rifles, a concept developed by the gunmakers, which we are calling ‘The Keep Calm and Carry On’ edition. They are Big Game single square bridge rifles, with some nice engravings and a case, produced during lockdown. Number one of the 10 will be auctioned, with the money donated to the NHS (National Health Service) and the remaining nine will be sold to anyone who wants to own a very unique piece of Rigby history.

We are also building a very special, one-off .416 Rigby No. 2 Rising Bite for a top client. It will be dedicated to this unforgettable moment in history and become a time capsule gun and future collector’s piece.

What are you most looking forward to when isolation ends?

Getting back to the routine of normal life. I don’t think that will be happening anytime soon, but something closer to normal than it is now would be great. Also seeing family, friends and getting out with the rifle to hunt some roebucks in the English countryside.

In light of the lockdown, have you received much response from the wider-Rigby family?

Yes, it’s been incredible. I’ve been blown away by how many people have contacted us with encouraging messages, calls and even cases of beer!

We’ve had people from all over the world reach out to us and we would just like to say a massive thank you to everyone for their support over the previous number of years and their support through this difficult time.

Rigby will be stronger than ever when we pull through to the other side. This will be another chapter in the company’s long history.