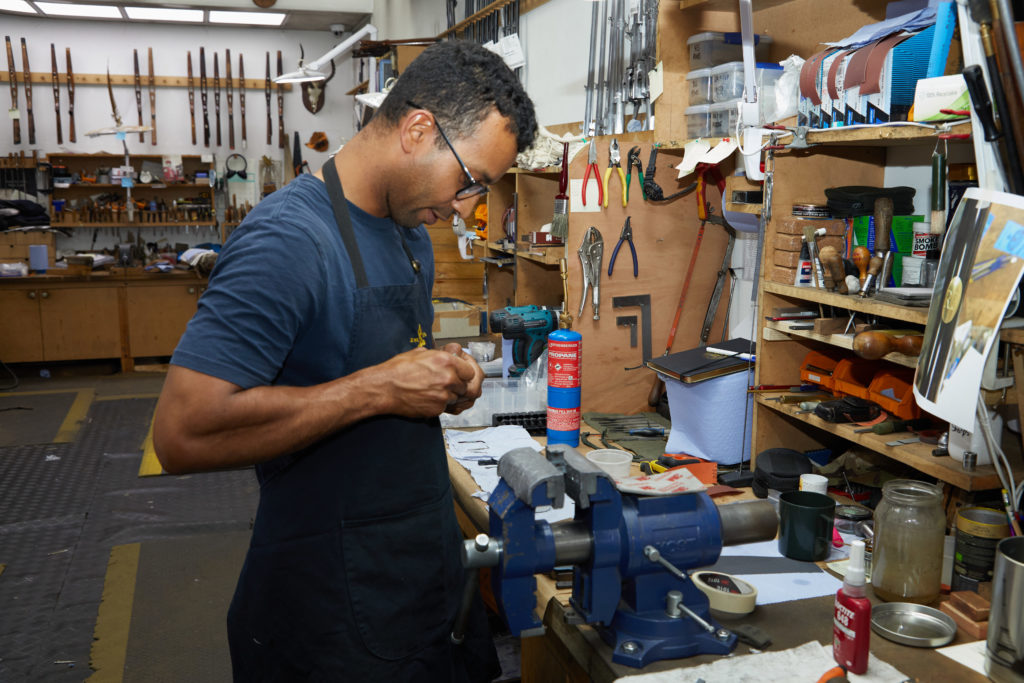 As sweltering summer temperatures turned London into a sauna, we retreated into the cool and calm of the Rigby workshop to speak to John Bolton. John is the latest addition to the Rigby gunmaking team and as an ex-military armourer and lifelong gun enthusiast, he’s a man with a fascinating past.

How did you end up pursuing a path in gunmaking? Have guns always been a part of your life?

I served for 10 years in the Royal Marines Commando and during my service I was able to pursue my passion for guns and ended up specialising in them, honing my skills and knowledge. I eventually worked my way to the top of my trade, becoming a Class 1 Armourer in the Royal Marines. After leaving the military, I found working in gunmaking was the perfect transition to civilian life. I’ve always liked guns, for as far back as I can remember. I’ve always had a great fascination for the mechanical function as well as the raw history behind their development.

What is your most memorable hunting experience?

My most memorable experience would have to be when I was visiting Canada and we went deer hunting. I managed to line up the perfect shot, and it was so still and unmoving that it felt as though the deer was waiting for me to fire. I found out after it was actually having a pee, which is why I had ample time and didn’t need to rush the shot. That still makes me laugh today!

Tell us what attracted you to John Rigby & Co?

Firstly, Rigby is an extremely well-established name in the gun world, but there’s so much more to it than that. Rigby is mastering classic British traditional gunmaking and the whole package which comes with that, but it’s also a brand which is focused on connecting with modern innovative ideas. That capacity for change and evolution made them a very attractive company when I was looking for my next move.

How have you found working there and what is the team like?

I’ve really enjoyed it so far and even after 10 years as an armourer, I have learned new things about guns as well as new techniques in metal craft. Every day is a school day… The team are fantastic, a real blend of ages, nationalities and backgrounds.

What does a ‘normal’ day at Pensbury Place look like for you?

The days are varied, which is great. But that does mean there’s not really such a thing as a normal day for me, but I’ll aim to give you an idea of what it’s like to work there. I mainly work on the Highland Stalker and Big Game rifles, so it’s normally a variation on those. We’ve recently been been prepping a combination of both the Big Game and Highland Stalker rifles ready to ship to their new owner; each rifle requires its own bespoke look and it’s been so interesting to see them take shape.

What are you working on right now? Are there any exciting new guns in the pipeline?

I’ve been working on a lot of Big Game components polishing and prepping each one to give them their unique finishes. Excitingly, there is the next generation of rifle coming out which will have a lot of requested features as a standard feature. Watch this space…

Have you been back out hunting recently, or perhaps you have a trip planned?

No, unfortunately I haven’t been able to get out recently. However, there is scope for a hunting trip in Scotland in the future, which I’m sure will be an excellent couple of days away. Again, watch this space as I’m sure I’ll be able to share an update afterwards. The stories I get to hear about Rigby rifles and shotguns being used in the field are certainly inspiring.

What would you like to see Rigby adding to their collection in the future?

Even though the ball and V shape for the rear sight have been a feature of Rigby rifles for a very long time, I would like to see a blade foresight, also with white dots on rear and front sight to further indicate the rifle is levelled when aiming to shoot. This would increase rapid shooting for less experienced shooters, but we shall see.

And finally, please describe your perfect day outside of work.

That’s easy – my perfect day when I’m not in the Rigby workshop would be spending lots of time with my family in plenty of sunshine and a cold beer or two. Thankfully the English weather is playing ball at the moment and that dream can be a reality over the coming weekends. 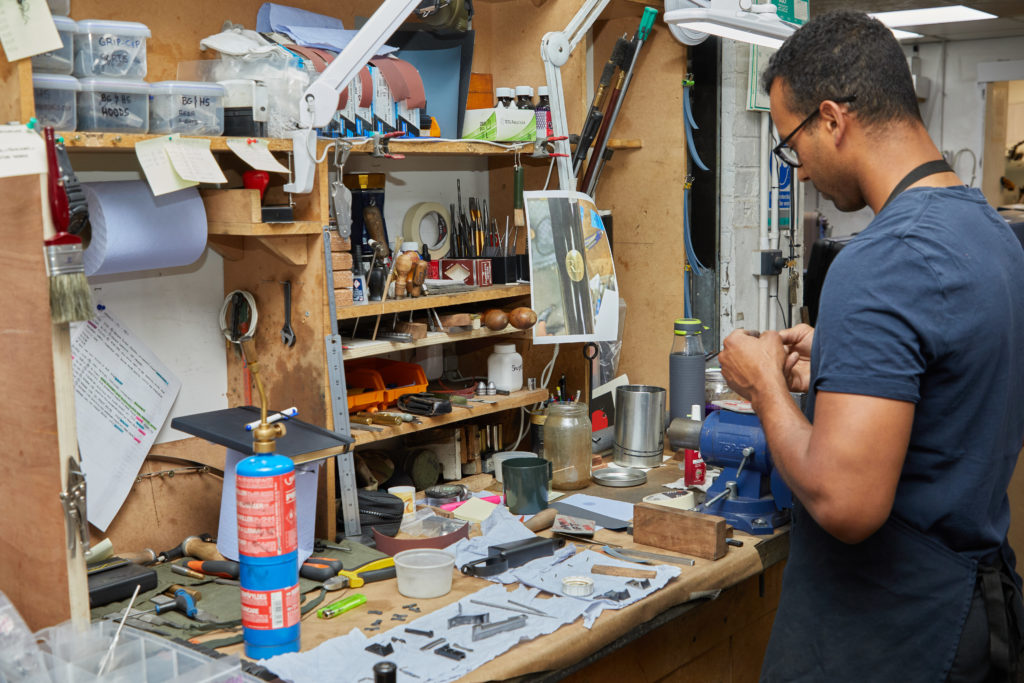