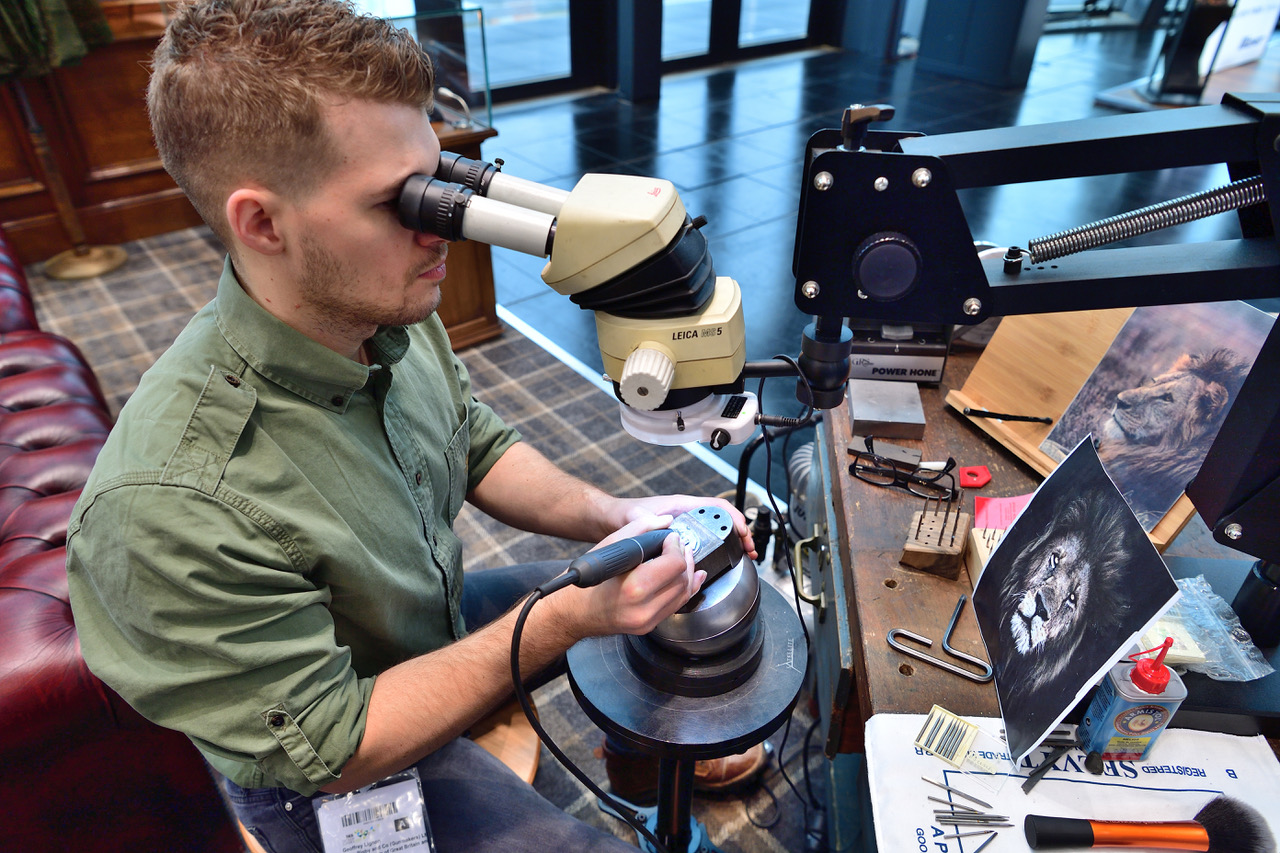 The show circuit is still in full swing, where has the Rigby team been in January and February, and where are they off to next?

We’ve done the Dallas Safari Club, the Safari Club International show in Reno and Jagd & Hund in Dortmund. They were all extremely busy and we’ve seen lots of love for the brand.

In a few weeks, we’ve got IWA OutdoorClassics in Nuremberg, which is very exciting every year. It’s always good to see the whole of our global dealer network and it’s a great place to showcase some of the things we’re doing at the moment, for example the falling block.

What have the highlights been?

Seeing old faces with Rigby rifles is a particular highlight. What’s really interesting at the moment is that we are seeing lots of customers from previous years who are coming back and buying a second – or perhaps a third – Rigby and telling us stories about where they’ve used their rifles. It’s pretty exciting to see how far and wide these guns are going.

Showcasing our Rising Bites is always special, too. After the launch, which was a few years ago now, we had a very high level of interest from far and wide. Now we’re really getting a lot of these amazing rifles out the door. Customers are very kindly loaning them to us for the show season, so we’re taking them along and the result is that there’s a pretty spectacular display of Rigbys on our stands.

What are the most noteworthy items on the benches at Pensbury Place at the moment?

We’re just preparing some of our .600 Nitro Express Rising Bites for stocking, which is very exciting. The first falling block in .416 No. 2 is also being prepared, and we’ll hopefully have something ready to show everyone at IWA in March.

Aside from that, it’s business as usual really, and that includes a lot of Rising Bites. After taking such a tremendous amount of orders in the past few years, it’s immensely satisfying to see so many reach completion.

You’ve mentioned previously that you’re going to expand the Pensbury Place premises. Can you give us any more detail, and have the works started yet?

The application for planning permission is being considered at the moment, and we’re hoping to start work in May of this year, which is great. The company has expanded so much in the past few years that we really do need some more space to be able to continue to take things forward. It will also allow us to have a dedicated museum area and to do some of the other things that we want to do here, which is quite exciting.

Are there any new faces or team changes to report?

Yes, we’ve just taken on a new gunsmith, Loick Desmanet, who is doing well and working on London Bests and Rising Bites for us. We’ve also just taken on Tony Sinnett, who previously worked at Purdey and has a real eye for accessories and clothing. He’ll be a great asset at the shows and managing stock.