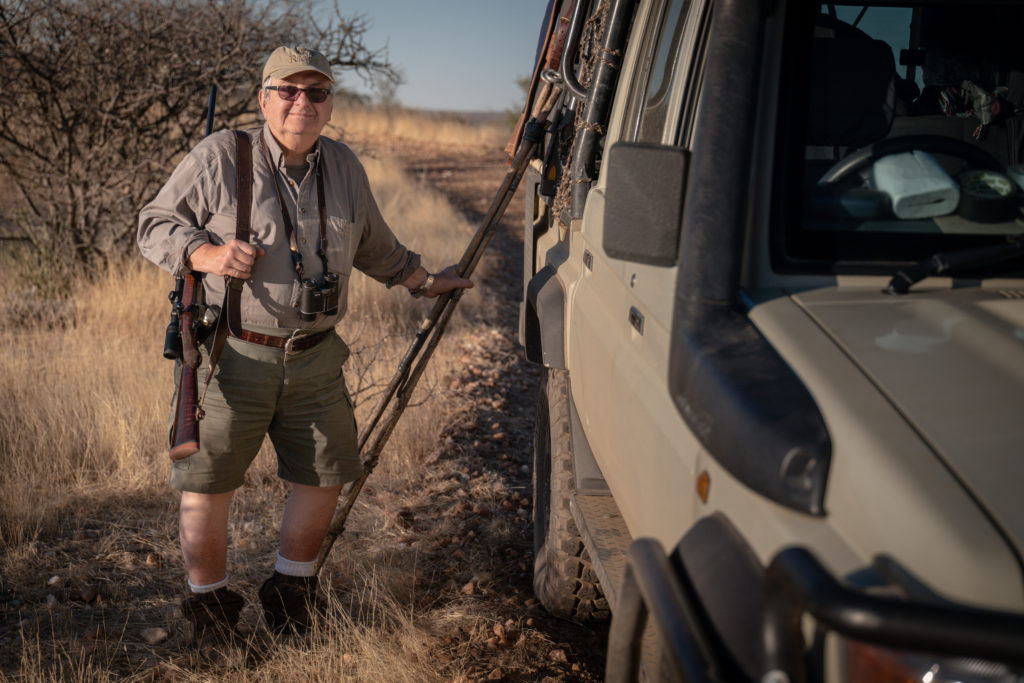 For this month’s Rigby Campfire blog, we spoke to Paul Roberts, a man who has been instrumental in Rigby’s evolution as a business and a close friend and mentor to our managing director Marc Newton, about his introduction to the gun trade, most memorable hunt and what he has planned for the rest of 2022.

Have you always been interested in guns, and how did you end up working in the gun trade?

My father was an antiques dealer specialising in antique weapons and modern fine shotguns and rifles, and I was involved in the family trade. In the early sixties we went to India to look at the vast armouries that were for sale from the Maharajahs and we bought some antique guns.  There were some incredibly high-quality Maharaja rifles, and I got interested in exporting them to the UK. However, you could only export rifles out of India that were only chambered for obsolete non-available ammunition, which meant I had to convert them to calibres which were available. I set about re-boring or creating new barrels for them, which really launched me into gunmaking.

Tell us more about your involvement with Rigby over the years

I had used and loved Rigby rifles throughout my life and had ordered a new one in the 1970s when I was successfully making guns under the J. Roberts name. Sadly, Rigby as it was then couldn’t fulfil the order. At this time David Perkins, Rigby’s top in-house gun maker, left and came to work for me. David put together a very good team coupled with my existing two gunmakers, and we started producing rifles for Rigby’s on a contract basis. I eventually became a majority shareholder and went into partnership with David Marx, the then principal of Rigby. We methodically sorted out the major problems that Rigby had faced, and between 1982 and 1998 (when I sold the company) we produced over 800 new rifles, mostly of the London Best variety. We also produced over 50 best double rifles using the dolls head, screw grip system that Rigby used from around 1925 until the 1950s.

Out of all your amazing hunting experiences, can you pick one that is particularly memorable?

Now that is an almost impossible question to answer as there are so many to choose from, however there is one hunt which truly stands out as being particularly noteworthy. We were in Botswana to hunt sitatunga, and while ultimately successful, it didn’t go quite as planned.

I was camping on an island in the middle of the vast Okavango Delta with a Rhodesian friend called Charles Williams and this hunt was a return gesture after I had taken him for a day’s driven pheasant shooting. I had taken two rifles with me to Botswana, my smaller .300 Winchester Magnum and a .458 Winchester Magnum elephant rifle – the former for the sitatunga hunt and the latter as there were plenty of lions and buffalo about. As dawn broke on the morning of the hunt, we were paddling along in a mokoro, an African dugout canoe, and I could hear the sitatunga splashing nearby. These remarkable animals have elongated and wide-splayed hooves which allow them to not only swim with ease, but also run balanced on reeds and lily pads!

When the moment came and I was told to get ready to take a shot, to my great surprise I pulled out the elephant rifle, complete with just one round, having left the .300 back at the camp. The sitatunga was running, looking as though it was walking on water, giving me a fleeting shot through the bushes. With a little bit of luck, I killed it very cleanly, and it transpired that the .458 bullet had gone clean through several saplings on its way. Of course, that would never have been possible with the .300calibre. To make the hunt even more memorable, as we were dragging it out of the water I glanced down and realised I had two rings of leeches around my ankles, so thick they looked like bands of rubber. At the time that was the sixth biggest sitatunga ever shot in Botswana and given that they are no longer huntable there, it’s quite the memory!

Do you have any trips coming up this year?

I’m due to set off on a trip to Namibia next week and I’m travelling with Marc himself and the fieldsports journalist Simon Barr. I can’t tell you what the one animal I’m looking forward to hunting is, as I’m trying to keep it a secret from Marc, and he could well try to steal my thunder! You must always keep an eye on him… I can tell you it is a small antelope, but I can’t tell you anything else.

As well as the conservation and hunting which will fill our days, I’m very much looking forward to seeing Namibia again, as it’s been many years since I last went. They have had an unusually wet few months there and I’m told it’s awash with lush vegetation. However, the slight downside to this unusual weather is that they’ve recently had overnight temperatures of 5 degrees below zero, at one point bursting all the pipes in the lodge. We’ve been told to pack warm clothing!

Are you taking any Rigby rifles with you to Namibia?

Around 25-30 years ago I developed my own non-iron sighted Rigby rifle .300 Winchester Magnum. It was very successful and the format with no fixed iron sights was introduced by Rigby a few years ago. Mine was the prototype and I’ve done perhaps a dozen safaris with it, and it was looking a little bit tired. Marc completely renovated it for me for my 70th birthday and that’s the rifle I will be taking out with me on this trip. 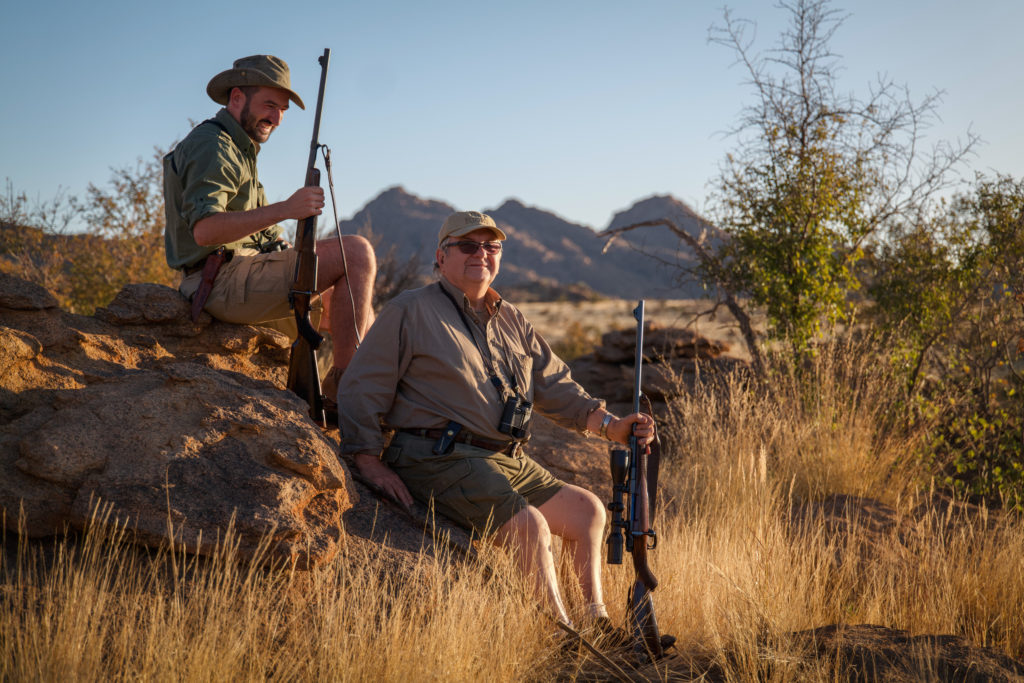