The London gunmaker has a lengthy heritage of actively supporting wildlife and habitat conservation projects around the world. From the Jim Corbett National Park in India to the Scottish Highlands, Rigby has historically raised significant funds to protect some of the most precious flora and fauna on the planet. This year is no different.

The Habitat for Rhino project was founded by Pauline and Robin Hurt 10 years ago and has reintroduced a population of wild white rhino to an area of Namibia. Since the inception of the project, the program has been a huge success with the rhino population now naturally breeding and thriving. Most importantly there have been no poaching incidents thanks to the anti-poaching team, funded by the couple privately and those who have generously donated to the project.

To support the project and help raise awareness, Rigby has produced a limited edition run of 12 London Best rifles in .350. Each one will be individually engraved with a name of one of the rhinos from the project as well as the Habitat for Rhino logo which was designed by Pauline Hurt. A significant contribution from the sale of each of the rifles will go directly to the project.

Marc Newton, Managing Director at Rigby, commented “What Pauline and Robin have created here is something special, these rhinos need projects like this in order to survive and thrive. Rigby are extremely grateful to be in a position where we can support such a worthy project that will continue to ensure these rhinos live on for generations to come.”

With a number of rifles already pre-ordered, please contact us if you wish to secure your own unique contribution to this special project and purchase one of these limited-edition rifles: gary@johnrigbyandco.com 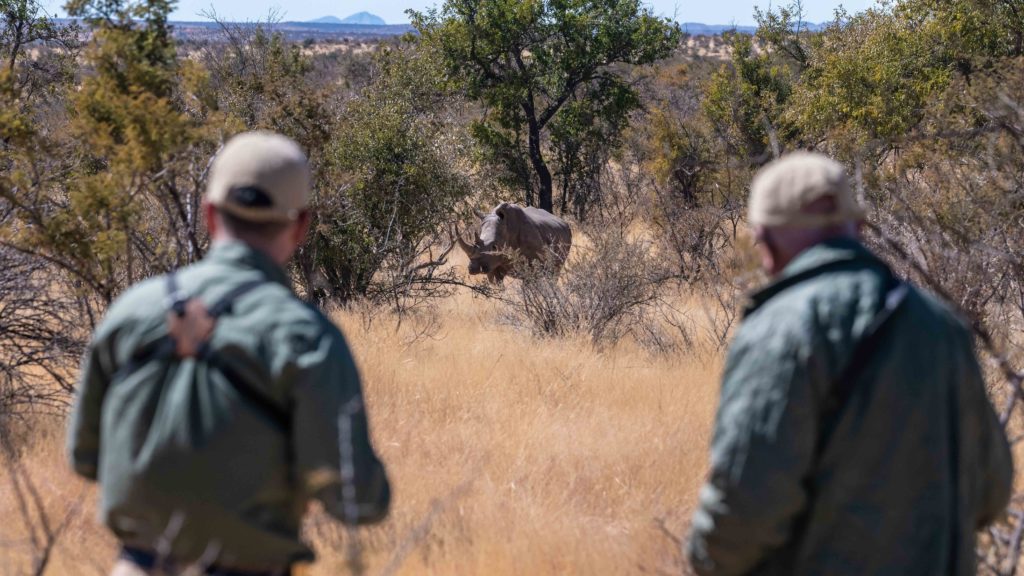