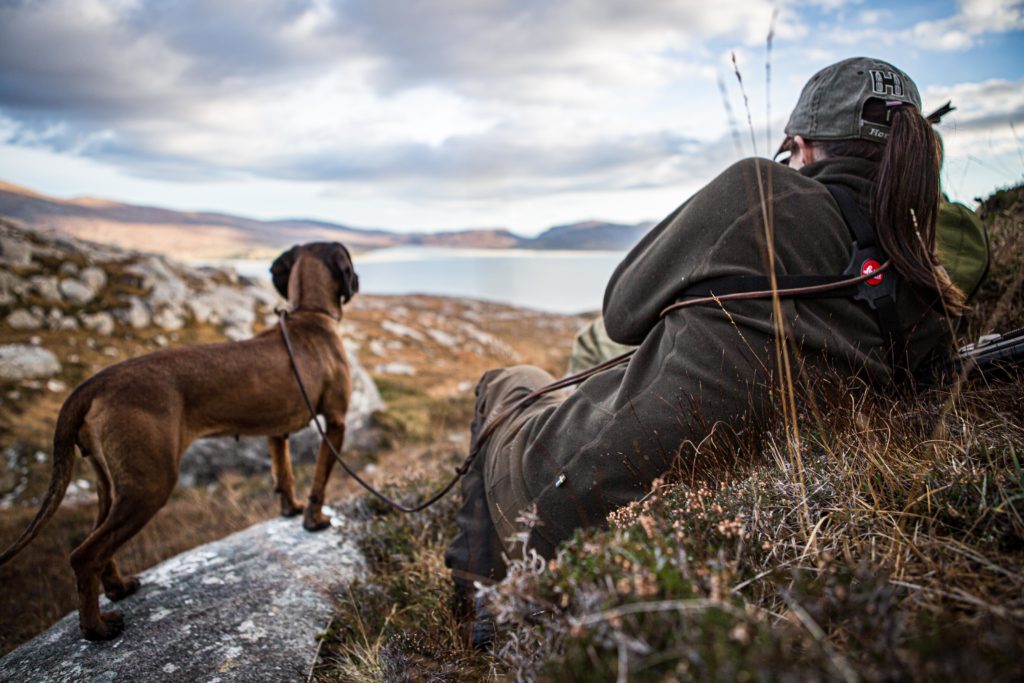 British sporting journalist, Selena Barr heads to the Scottish Isle of Taransay in pursuit of red hinds with a .275 Rigby London Best and her faithful deerhound.

There’s something quite magical about hunting on an uninhabited island on the edge of the Atlantic Ocean. Something that arouses a primeval sense of raw adventure. In Scotland there are around 140 uninhabited islands in total, yet only one boasts its own herd of red deer. The remote 3,500-acre Hebridean island of Taransay is the largest island in Scotland without a permanent population. In the 1980s, the then owner of the island released 10 hinds and two stags to establish a source of venison for his family. Today, those numbers have swelled to approximately 50 stags, 100 hinds and 40 calves.

Made famous after starring in the BBC series Castaway 2000, this pristine island with picture-perfect beaches became part of Borve Lodge Estate when it was purchased by pharmaceutical magnate Adam Kelliher in 2011. There were once three villages on Taransay but the population dwindled and the last remaining family moved to the mainland in 1974. 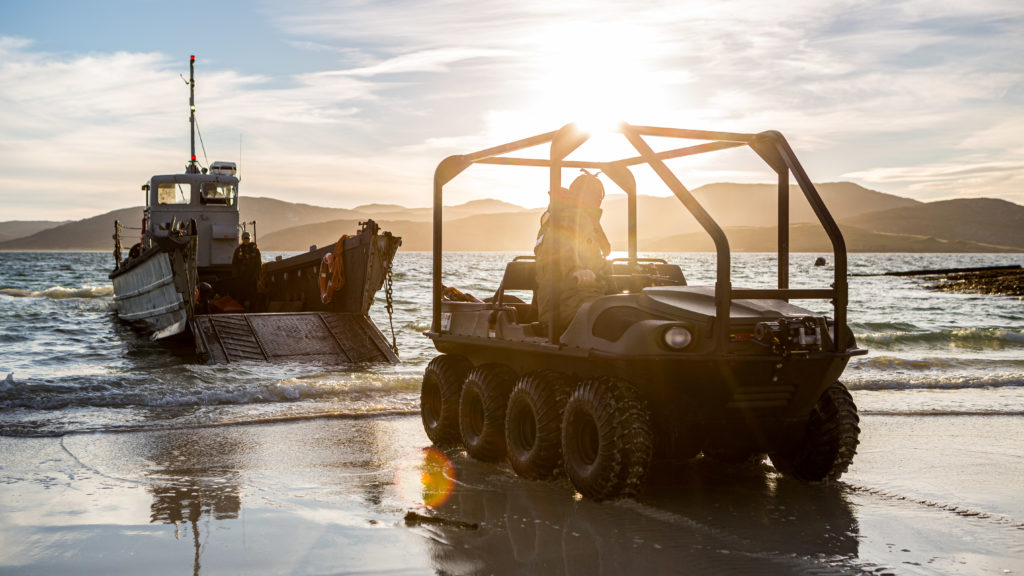 When I visited, I stayed at Borve Lodge itself, a plush nine-bedroom pile on the neighbouring Isle of Harris. Recently refurbished, the marbled wetrooms, million-thread count cotton bed linen and views of the Sound of Taransay deliver five-star luxury in an unexpected location. Borve Lodge accommodates up to 14 people, looked after by a private chef and housekeeper, but we were spoilt to have it to ourselves. The estate also has four self-catering cottages, including several modern, architecturally inspired one-bedroom spaces that need be seen to be believed.

Stalking red hinds on the Isle of Taransay has to be one of my best diary entries. To reach Taransay, we boarded the estate’s landing craft, The Verley Anne. A leftover from the Falklands War, this eccentric vessel certainly aroused the inner explorer in me. After loading up the Argocat, deerhound and my Rigby London Best rifle, we began the 40-minute voyage, spying all sorts of indigenous wildlife en route, including puffins, seals and a golden eagle. 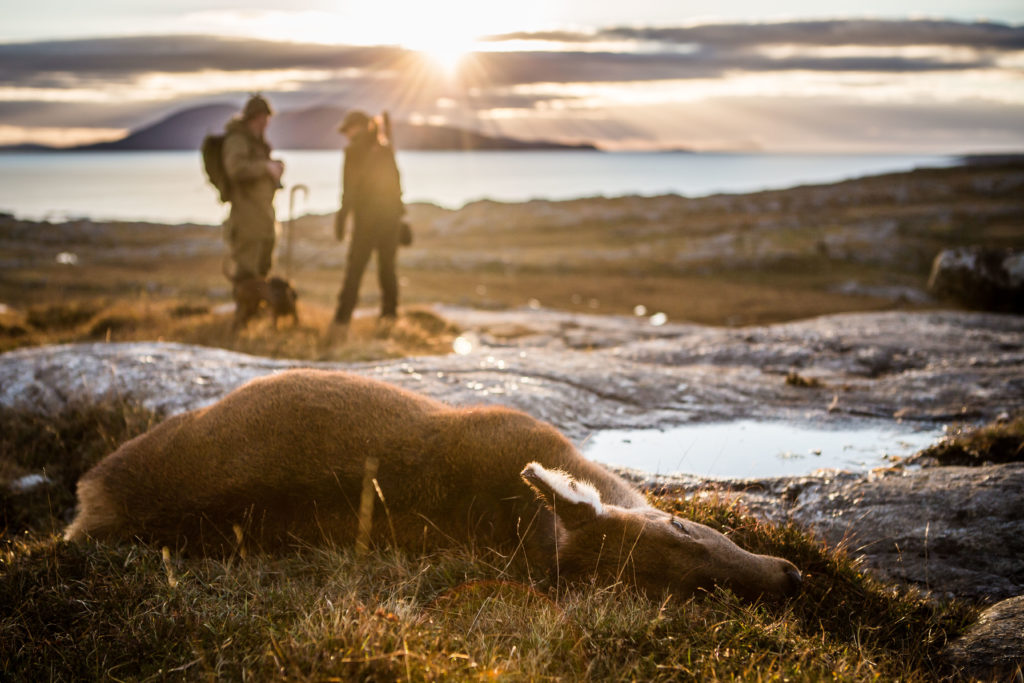 After a busy few months, I was ready for some clean Hebridean air, wilderness and solitude to help recharge my batteries. Islanders are orthodox Presbyterian, meaning virtually all commercial activity ceases on a Sunday. Many do not drive their cars, draw their curtains or hang out their washing on this sacred day. I may be an atheist, but the peace and quiet makes a visit somewhat soul cleansing and completely restorative. Walking off the landing craft onto the untouched white sand was an experience in itself; isolated from mankind but brimming with wildlife.

I had the island to myself for the whole day. The plan was to work my Bavarian mountain hound Gretel and attempt to cull a hind or two using my new custom rifle. Ignoring the far-reaching views to Harris, I concentrated on scanning the island for signs of the herd. With stag season now well and truly over, stalking wily hinds is doubly tricky and requires fieldcraft of the highest standard. 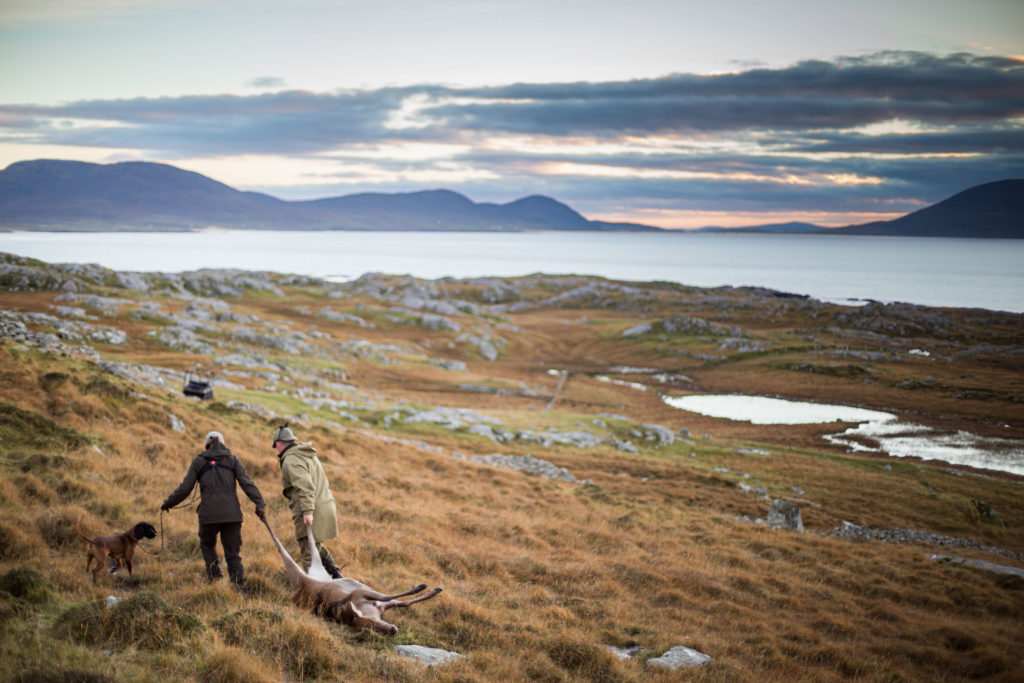 As I scanned the terrain, my eyes were drawn to a 40-strong herd of reds, disappearing over a hill. Two of the stags in the group were sparring, and the hinds were on edge. I decided to stalk into the group, using the dead ground as cover. With the wind in my face, I belly crawled up the side of a small hill to catch another glimpse. I continued belly crawling through the tussocky grass strewn with deer droppings and couches. Now just 150 metres away from the herd, the stags had exhausted themselves and the hinds were more relaxed. A satellite group were grazing off to the left and a lone hind at the back presented a safe shot. I unfolded my bipod, positioned the rifle in front of me and peered through my scope. The herd was unperturbed and unaware of our presence so there was no undue pressure. I could take my time. I waited until she was perfectly broadside before squeezing off a round. It instantly fell to the shot. I reloaded and the herd stayed put, not knowing where the danger was coming from.

Once the herd moved off, I slipped my hound and allowed her to claim the beast as her prize. She was proud to indicate to that she’d found the dead hind. I gralloched her on the hill and we dragged her back to the Argocat before loading her onto the boat. Borve Lodge aims to cull around 20 hinds and 10 stags each season, and this old hind was most definitely part of the management plan.

After a day on the hill, one thing every hunter wants is a hot bath. Borve Lodge boasts seven deep roll top baths as well as complimentary luxurious bubble bath. Once clean, the next thing most hunters want is a dram, and here it was served in front of the roaring open fire in the stylish, beamed drawing room. Somehow, I knew the long drive home wasn’t going to be half as enjoyable as it was going the other way. I am already planning my trip back. 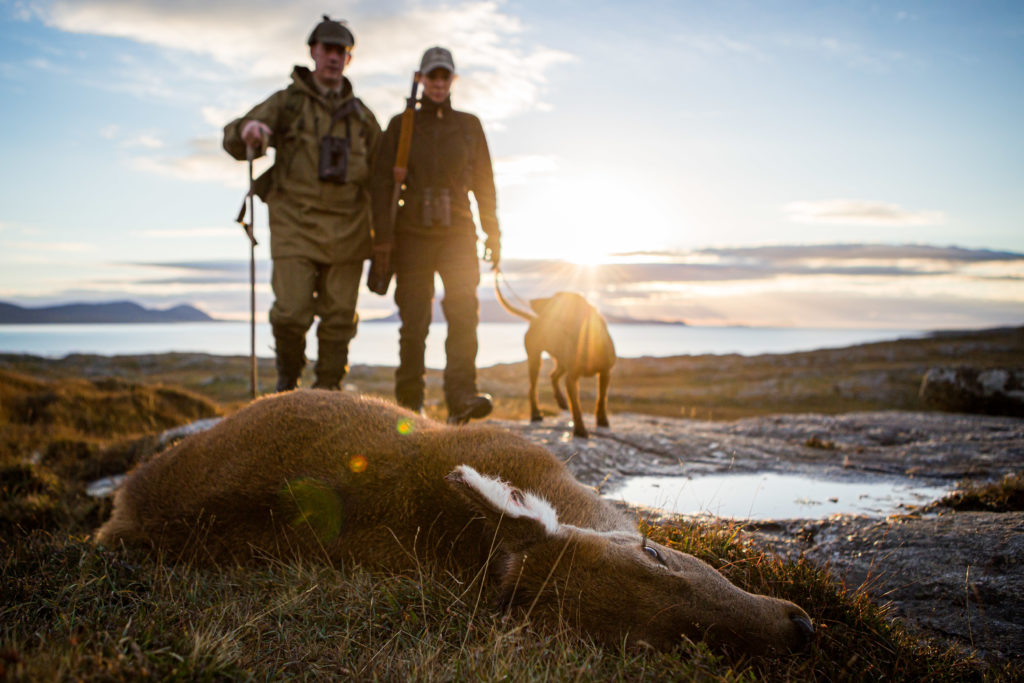