Not a day at the races by Martin Mirwald

Not a day at the races, but two equally exciting days at the Rigby Workshop and the John Rigby & Co. Rifle Range for German hunter, Martin Mirwald.

Last year I had to cancel two attempts to visit the Rigby premises due to Covid, but finally my visit took place on 16 and 17 March 2022. What was planned as a quick trip to take photos of the rumoured new Rigby Falling Block rifle, turned into an unforgettable experience.

I arrived at the workshop on the Wednesday morning and straightaway bumped into Rigby’s MD Marc Newton, instantly I found myself amidst a busy and crammed showroom, with a mug of coffee in hand. Production manager Jamie Holland kindly showed me around, while Marc’s PA, Tony ensured my mug never went empty. A low table was cleared as a platform, upon which a couple of wonderfully tanned camel-skins formed a protective and beautiful backdrop for rifles I chose to photograph. Jamie handed me any piece I showed an interest in. 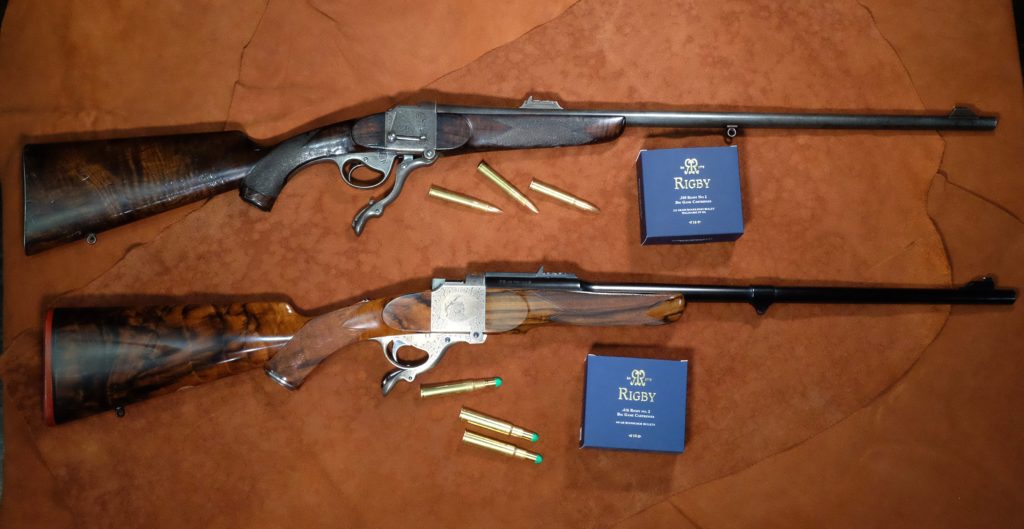 The new Rigby Falling Block is just my cup of tea. Two out of the series of 10 were almost finished. Modelled on late Victorian Farquharson rifles, they looked stunning and strong. To learn how they were made, I visited the gunmakers, stockers and the engravers. Gunmaker Brice Swieton showed me the action bodies and barrels still in the white, while engravers Geoffrey Lignon and Andreas Robert explained some possible engravings. All the barrels were inlayed with “416 Rigby No. 2”, the calibre of this series. These rifles are certainly a match to the historic Rigby-Banks and Rigby-made Farquharson rifles in the collection. 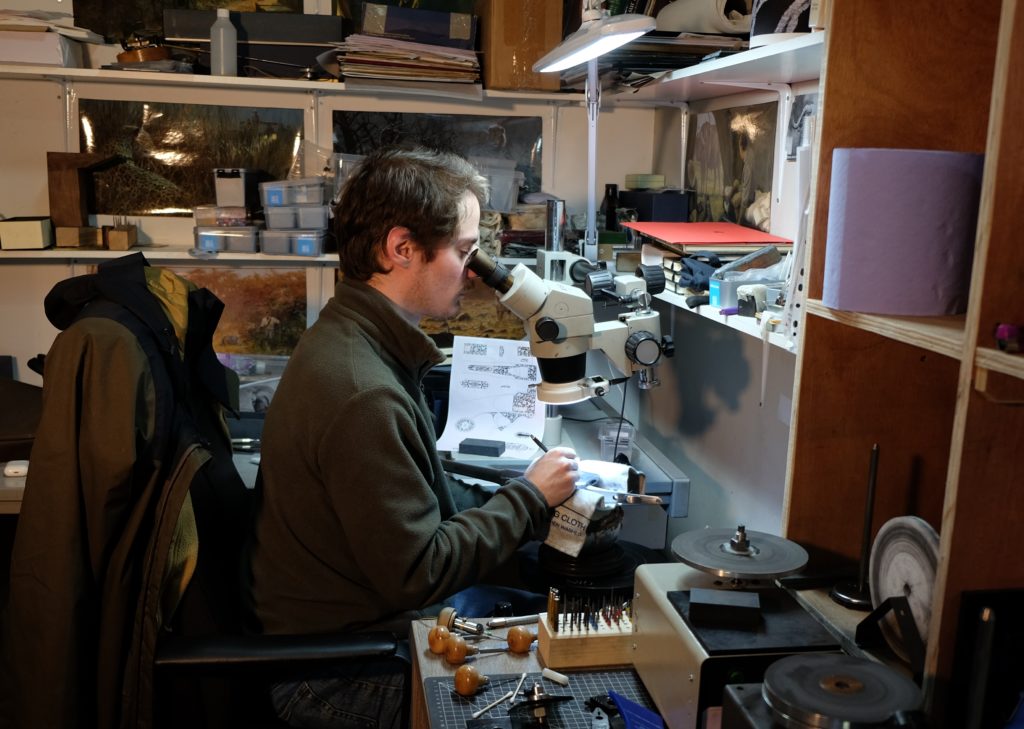 Equally new to me were the double square bridges – medium bore rifles in .350 Rigby Magnum. These rifles are exact copies of pre-war Rigby Mausers. The cartridge is a real classic and one of the most universal and shootable medium bores I can think of. I am very glad that Rigby snatched it, literally out of the grave.

Of course, there were Rising Bite double rifles in production as well. Two lavishly engraved and awe-inspiring examples had just been made in the gargantuan .600 Nitro Express calibre and awaited final test firing.

Now picture a well off gentlemen or gentlewoman and equip him or her with a Rising Bite double in .500 Nitro Express, a Rigby Falling Block in .416 No.2 and a Rigby Mauser repeating rifle in .350 Rigby Magnum. Such a person might spend a lifetime on safaris, fear nothing and feel classy all the time. 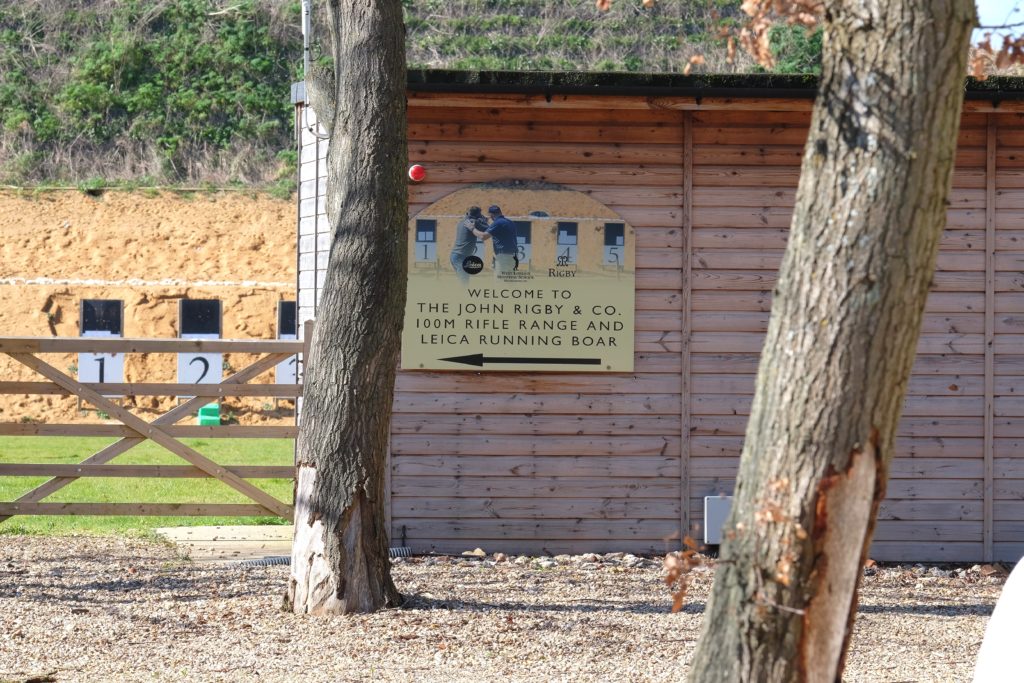 For the second day I was scheduled to accompany Jamie Holland on a trip to the John Rigby & Co. Rifle Range at the West London Shooting School. Six rifles, a huge wooden ammo box, and a padded rifle rest went with us. 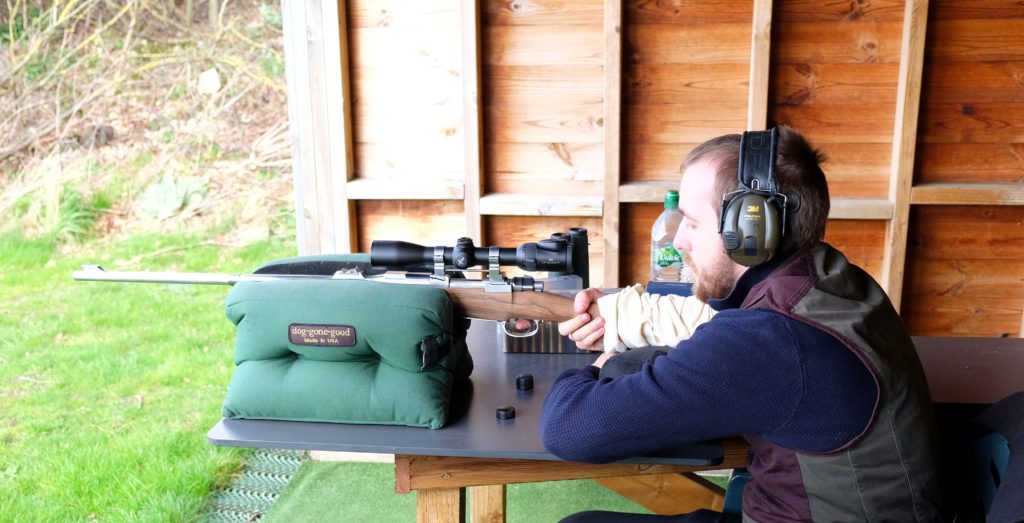 At first Jamie adjusted the scopes and test fired the rifles, before I was invited to try them myself. I started with a provisional scoped Rigby Mauser in .350 Rigby Magnum which was still in the white. The rifle was very pleasant to shoot and luckily my target compared to the one shot by Jamie. Next came a Rigby Falling Block. I had desired from the beginning to shoot one of these extraordinary creations and there was absolutely no disappointment. The rifle felt well-balanced and handled easily. It was a pure joy to fire some rounds offhand. The cartridge? The .416 Rigby No. 2 is the .416 Rigby, just rimmed and naturally the recoil is what you would expect from a .416 though not punishing due to the stock design and appropriate weight for the calibre.  For handloaders, the massive shells must be a dream. 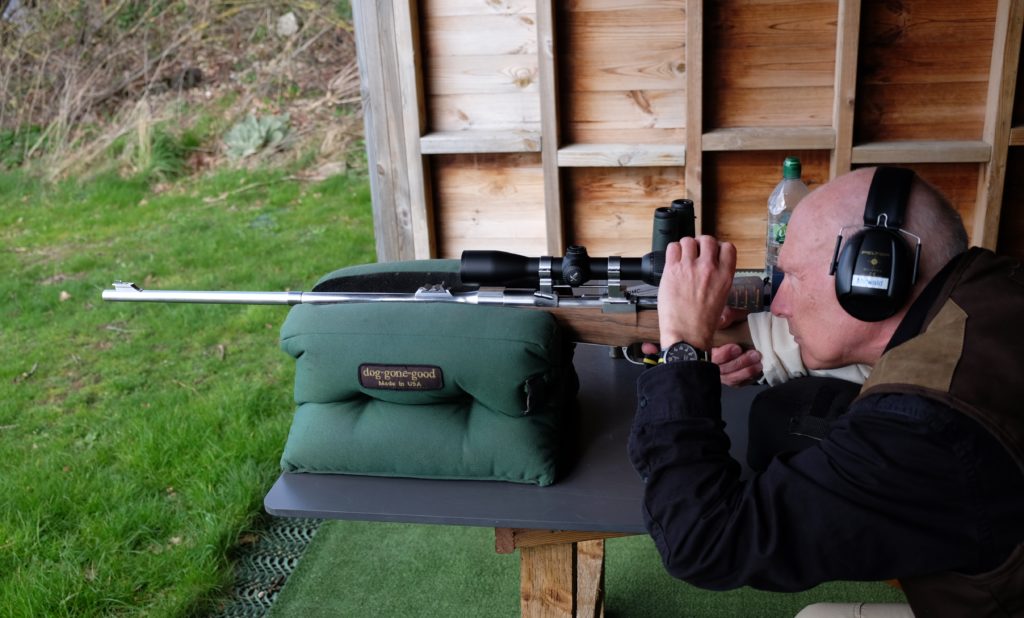 At the end of our shooting, the ultimate test still awaited me. Would I fire a Rising Bite in .600 NE? I did not flinch, but as a matter of prudence I borrowed Jamie’s gel shoulder pad. Yes, the barrels rose high in the sky, but to my great surprise, the recoil did not feel fearsome. 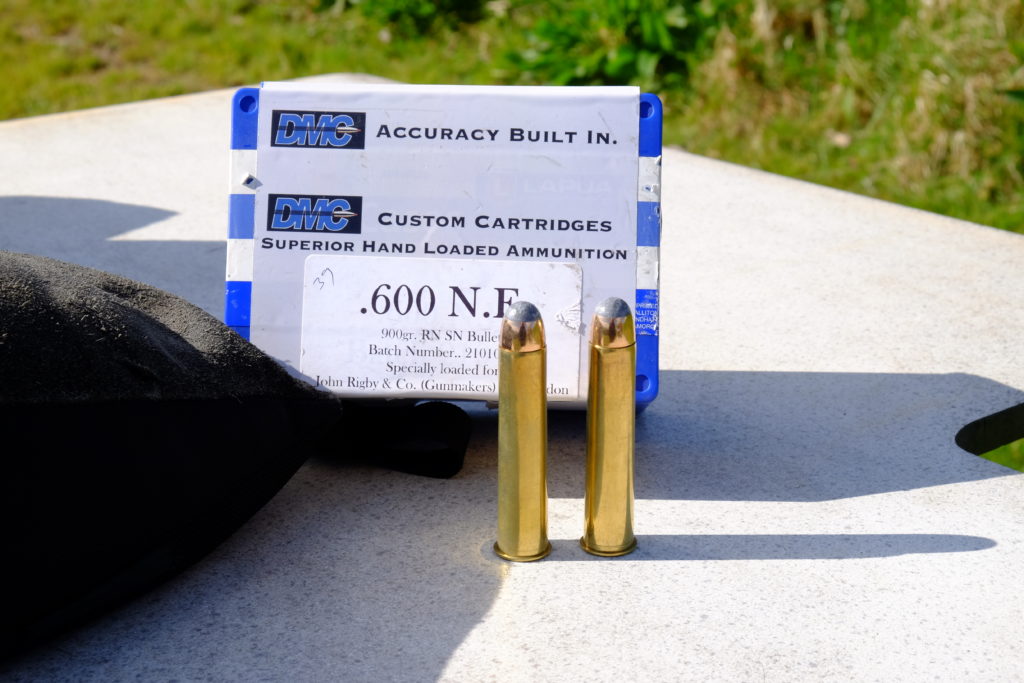 On our way back, Jamie received a call from Marc, saying that Sheikh Abdullah Al Thani from Qatar was at the workshop and would like to have a look at the falling block. We were kindly greeted by the Sheikh, who then showed great interest in the rifle. It turned out that Sheikh Abdullah studied in Germany and though he preferred to speak English, he spoke clear German as well.

What more can you pack into two days?