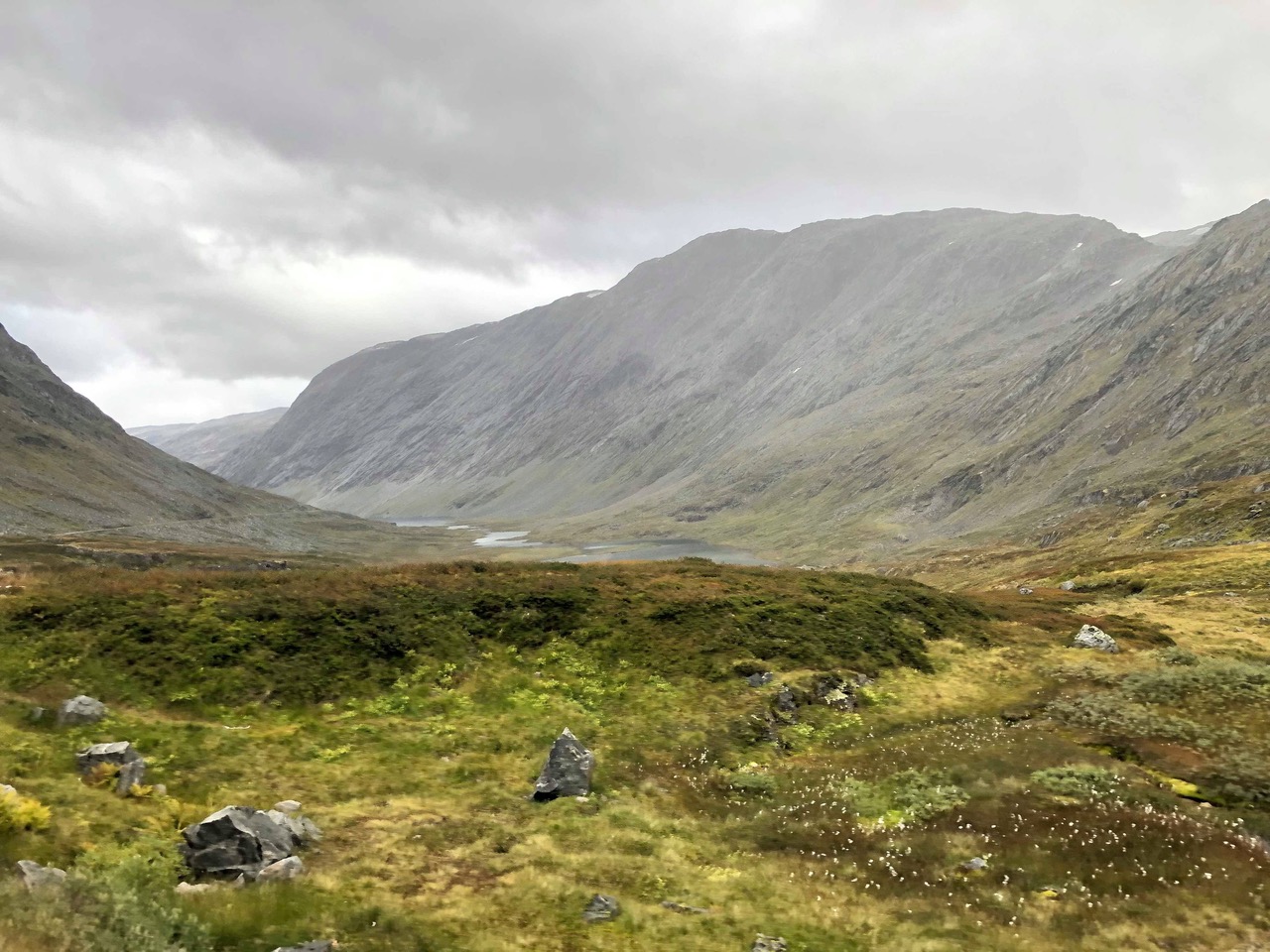 Rigby dealer, Ole Arnt Kinde of Best Guns Norway, is no stranger to hunting his country’s elusive red deer. Last September, he got the chance to introduce some friends to its highs and lows and to put some Rigby Highland Stalkers to the test in a new hunting ground.

I’d had my eye on the area around Stryn, a four-hour drive from Lillehammer in the west of Norway, for a while. I’d driven through it many times on the way to hunt deer closer to the North Sea. Every time, I thought: “Why don’t I hunt here? It looks so much easier than were I’m headed, and there are deer jumping around everywhere!

Finally, this year, the perfect opportunity presented itself. I was arranging a trip to give a group of six Norwegian and British guests a taste of deer hunting in Norway with a couple of Rigby Highland Stalkers in .30-06. As anyone who’s experienced this type of hunt knows, it can be very hard going. I wanted to make sure the guests’ experience wasn’t too hard though, so Stryn seemed like a good choice.

For extra comfort and atmosphere, I opted for the party to stay at the Visnes Hotel. This mid-19th century, wooden Swiss-style hotel is located in the heart of what the British upper class adventurers called ‘The Northern Playgrounds’. It was immensely popular with the rich and famous, who sailed in with their yachts to explore, fish and hunt. It has just as much character today, and – importantly – excellent local food and wine, making it the perfect place to relax after a hard day’s hunting.

Once everyone had arrived, we went to the range to check zero and get to know each other to start building that sense of trust that is so vital when handling rifles in the field. It was a pleasure, as always, to use the Highland Stalker, which in my mind is perfectly suited to this kind of hunting, with its exceptionally reliable action. Speaking personally, the sweetest thing about the rifle is the ease of opening the bolt after a shot has been fired. I know of no rifle as smooth, and the size, shape and angle of the Rigby bolt is a masterpiece. When you put that together with excellent cartridge feed from the magazine and the crisp trigger you can’t have a better rifle.

We had three days of hunting, beginning at 4am in order to be in position by the fields frequented by deer at first light, and not finishing until 8pm so that we could have a chance to make the most of the deer coming back into the fields in the evening light. During the middle of the day, the hunting was organised in drives. Some of the party sat up in strategic places with the rifles, while the others drove the deer towards them, aided by a Norwegian moose dog, then we swapped for the next drive.

We had three days of hunting and licences for four deer: one stag, one hind, one yearling and a calf. Ordinarily, I would have expected to see more than enough deer to fulfil this quote. However, the weather wasn’t on our side. To put it mildly, it was very unstable, and we seemed to experience three seasons on each day. A storm had come in from the North Sea and we were hit hard by the rain. It didn’t stop us hunting, but it did make things more challenging!

During one drive the rain came down so hard that the waterfalls increased dramatically in size and volume as we waited. It was really loud, which helped mask some of our own sounds, but it was also dangerous. The power of the water can send rocks flying off the mountainside from 500 to 900 meters above.

Even with good weather, the terrain can be hard going when moving up the sides of the valleys, going up through the birch belt and up as high as you would dare. After the birch belt there is nothing but black mountainside, going almost straight up towering over your head. It’s so steep it sometimes makes you dizzy, especially when there are high winds.

Norwegian red deer are notoriously hard to hunt even in ‘perfect’ conditions: they’re extremely wily and seem to have a sixth sense – if there’s the slightest thing out of the ordinary, they will not show themselves. On the first day, however, the Highland Stalker was called into action when one of the party shot a fine 11-point stag. In spite of the weather, we had deer around us on most drives, and the dog picked up several scents and we had a number of further close calls with deer for the remaining two days of the hunt, but ultimately the storm won. We didn’t see anywhere near as many deer as usual and the bag remained small.

The conditions put our kit to the test, as well as our legs and lungs. Most of the hunters were wearing wool clothing, such as vadmel (more or less the Scandinavian version of tweed, but thicker) and tweed. One of the party had a Rigby Highland Stalker Hunting Coat. There were a few raised eyebrows among the others when it transpired that he was actually dry inside when they were all soaked. It definitely passed the test in worst possible conditions in Norway and I definitely want one myself. 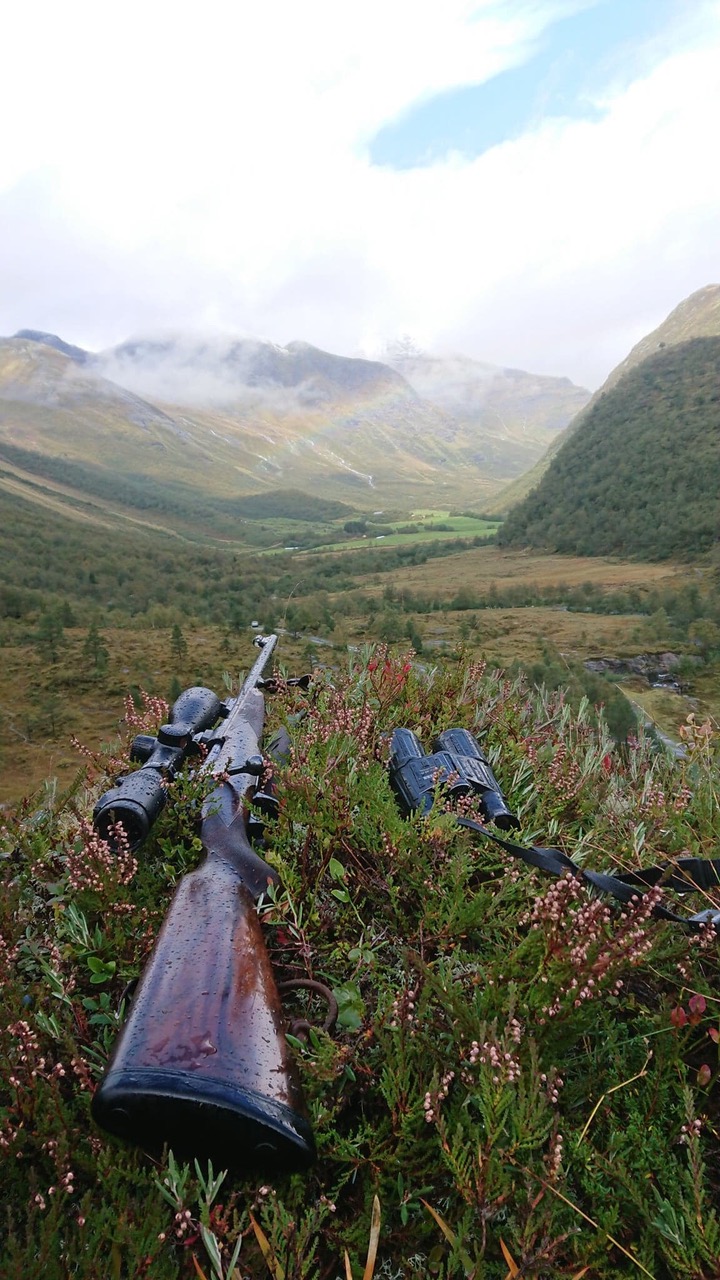