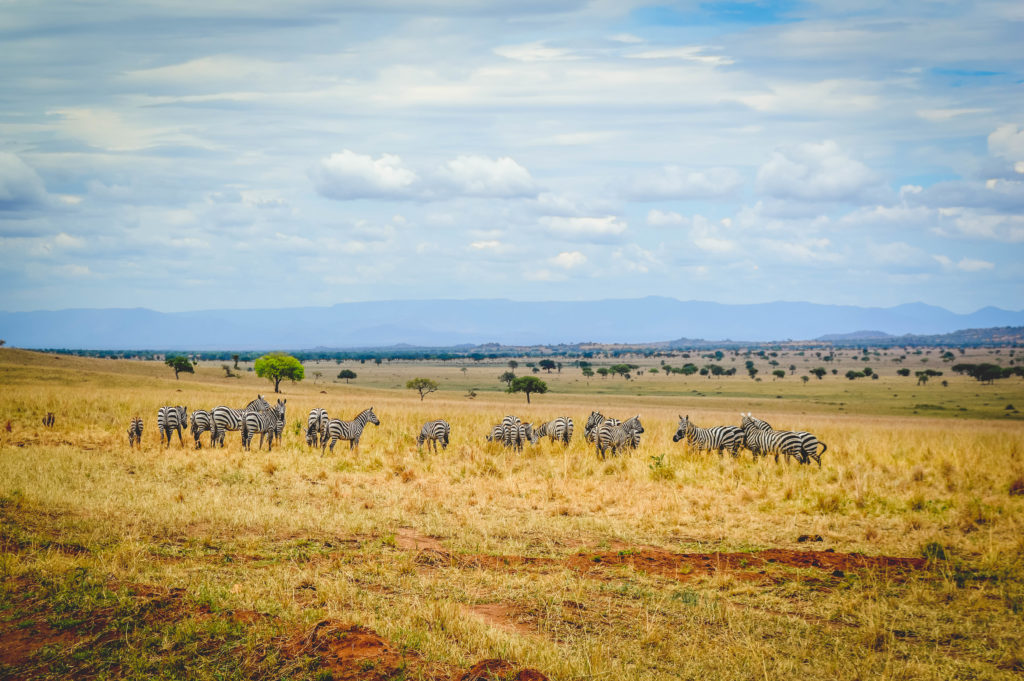 Taking a trip down memory lane, read on to find out Marc Newton’s chance of a lifetime: to shoot a Nile buffalo in Uganda with the first London Best rifle made by the company, since returning to London in 2013.

Uganda, to hunters, is a special place. Dubbed “The Pearl of Africa” by Winston Churchill, this is the real Africa, untamed, beautiful and harsh. I’d been invited to join one of Rigby’s most loyal supporters and clients, now my great friend, Merle Sampson, to hunt Nile Buffalo. What made this offer even more spectacular, is that Merle was letting me use his new London Best in .416 Rigby. Not only would this be the first buffalo for this rifle, but it was also the first gun produced by Rigby to be ordered from our London workshop since the company was repatriated to the UK. 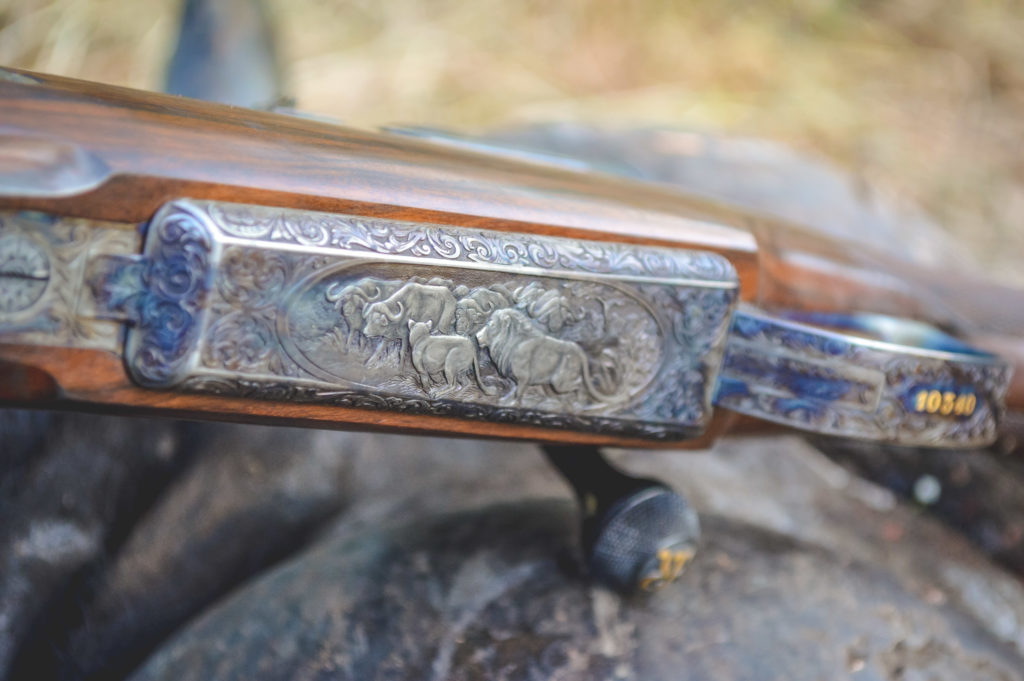 Two-and-a-half hours on a Cessna 206 aircraft held together by gaffer tape and the pilot’s prayers brought us to the Karamojo region, famous for being the stamping ground of Walter “Karamojo” Bell, the renowned elephant hunter, who frequently used a .275 Rigby in his pursuits.

The infamous dictator, Idi Amin had a hunting palace in the area we were hunting and it could be seen in ruins overlooking the plains, a stark reminder of an extremely difficult time in Uganda’s history. The country’s wildlife populations suffered catastrophically under his regime and directly afterwards, when chaos reigned: rhinos were entirely wiped out, elephant populations dropped from an estimated 35,000 to 1,000. Elephants are perhaps Uganda’s greatest success story, with an 800% increase bringing the population to an estimated 8,000 today, thanks to a zero-tolerance policy on poaching. Hunting, which was reopened in 1994, brings in a large proportion of the financial support for the conservation taking place today.

My intention was to shoot an old bull, one with character and past breeding age, rather than a trophy-sized head. Two days of seeing plenty and stalking a few was a draining business, and though the territory was more open here, it was tough going. I could have got a shot at an estimated 45in bull, but he was a prime herd bull, and feeling sure of finding an older bull, I passed up the chance. We found an old bull with recent war wounds to his head, and tracked him until he, too, gave us the slip and crossed the park boundary.

I’d all but given up hope, until, at 5pm, our tracker spotted several old bulls in the distance through the bush. I readied the Rigby and started the stalk with our PH. We crept closer and closer to a particularly old bull, a looming great beast, his battle scars evident from our position about 70 yards from him. Placing the rifle on the sticks, I waited. After what seemed like a lifetime, the old bull took a step forward, quartering towards us, giving me a clear view of his front.

I can’t remember squeezing the trigger, I was so focussed on the bull. It’s with absolute clarity, however, that I remember seeing his legs lift, and I can still hear the sound of the 400-grain bullet hitting something so massive. The bull staggered 40 yards, falling into a dip where we could still see him. We agreed to wait, and not to take a back-up shot unless there was immediate danger. Now, however, there was a different problem: a young bull was approaching from our other side. The fallen bull’s tail was still twitching, and as much to chase off the young bull as to make sure of the kill, the PH asked me to take the back-up shot. The solid ammunition went through the great creature’s spine, and sent the younger bull packing.

We waited five minutes before approaching the bull from his back end. While I’d been calm and focussed during the hunt, by now my hands were shaking thanks to the adrenaline coursing through my body. The bull was in his 13th year and had done his bit for the gene pool. The tips of his horns were well broomed and he weighed in at a vast 1,600lb. He was cut in half where he had fallen by the trackers, and everything was taken back to camp for butchering. That evening we feasted on his liver and onions, the best I’ve ever had. The remainder of the meat, including the stomach and the lungs, was distributed among the locals, with not a scrap wasted. 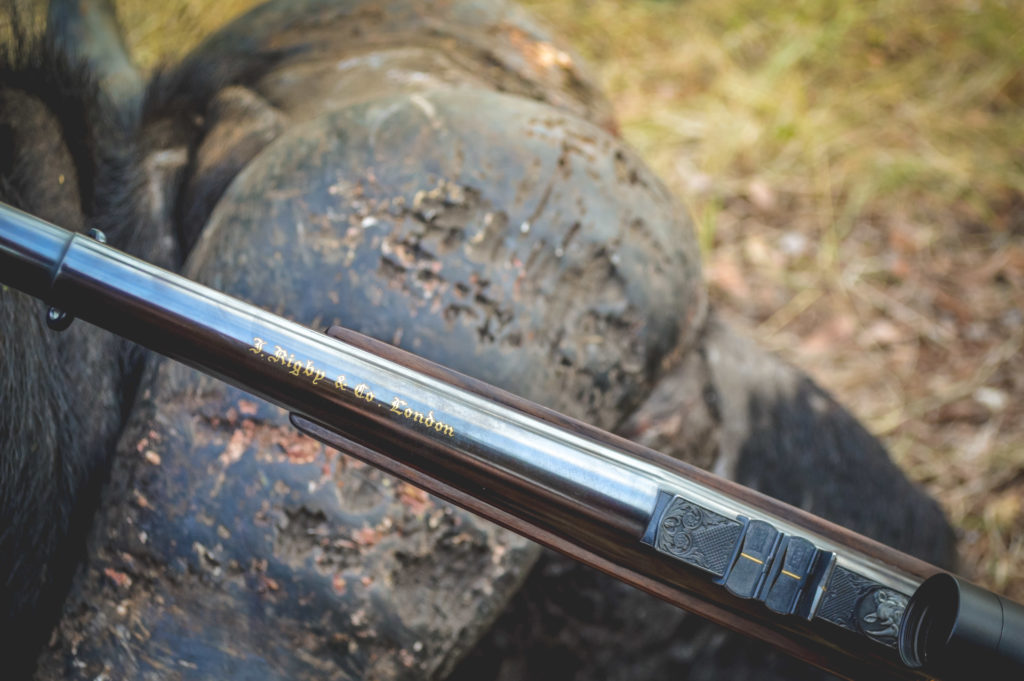