Rigby takes the Corbett rifle back to India by Simon K. Barr 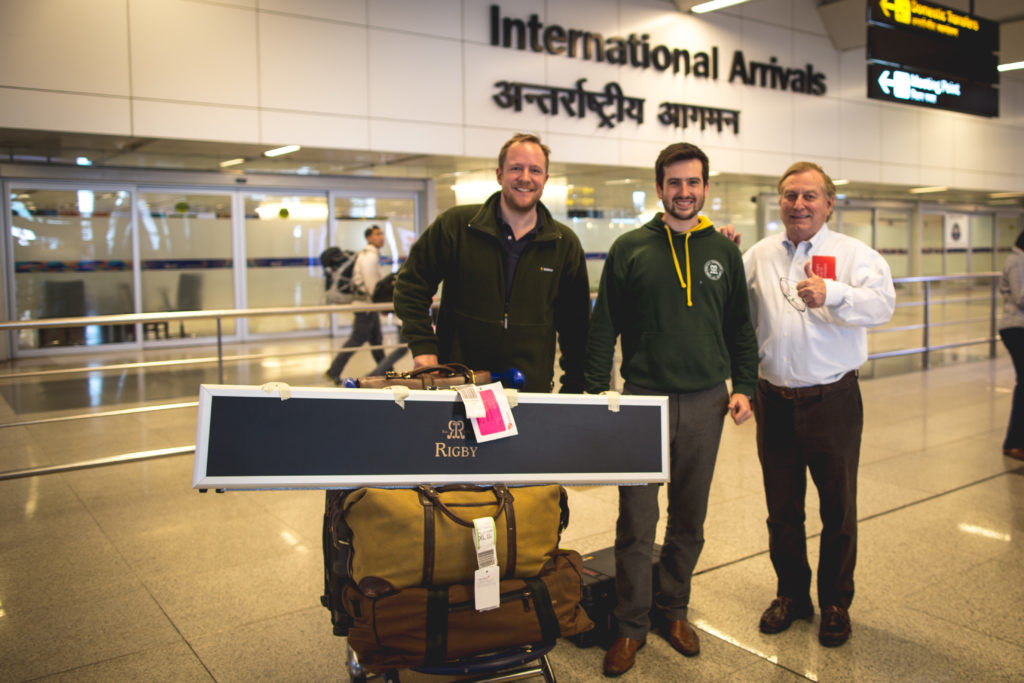 The bold decision to take Corbett’s now priceless rifle back to his home in India’s Uttarkhand province, was made by Marc Newton, managing director of the firm that originally manufactured the .275 more than a century ago: John Rigby & Co. The rifle left India when its owner moved to Kenya following Partition in 1947. When he retired from hunting, Corbett gifted his trusty companion to his publishers, Oxford University Press, before it was reacquired by Marc for Rigby in 2015. The reacquisition sparked overwhelming interest around the world and started a chain of events that eventually led to an eye-opening tour of Corbett’s India for Newton, myself, a group of high profile international figures and of course this modest looking yet precious Rigby rifle.

To look at, it is nothing remarkable: a Mauser-actioned .275 Rigby with no engraving bar the proof marks, the blacking all but rubbed off, several dents in the stock and scratches on the barrel. It’s one distinguishing feature is a silver plate, recording the fact that in 1907 it was presented to Jim Corbett in gratitude for him saving the local population from the dreaded man-eating tigress of Champawat. This 500lb killing machine accounted for the deaths of 436 people during the early 20th century. 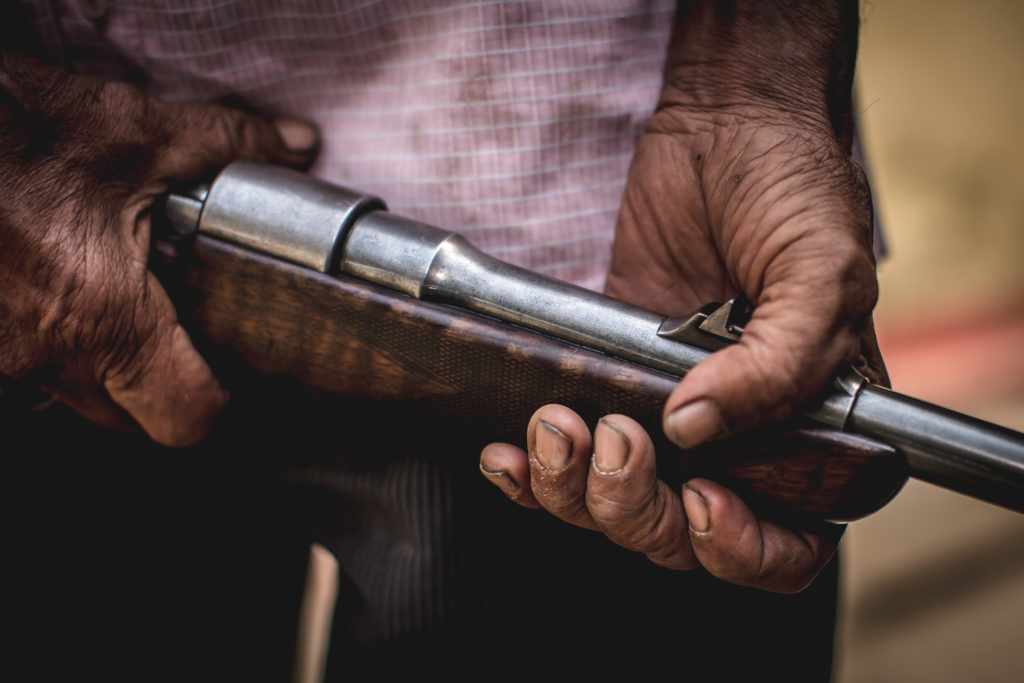 Corbett was a real hero. He saved the lives and livelihoods of thousands of people living in the villages of his native Kumaon province. He campaigned tirelessly for better protection of India’s wildlife and its habitat. Colonel Corbett successfully hunted countless savage beasts in the depths of the Indian jungle equipped with little more than a packet of cigarettes, a reliable rifle and a stiff upper lip.

To get his rifle back to his homeland, we had to overcome some of the most complicated firearms restrictions in the modern world. Hunting for sport was banned in India in 1970 and it is forbidden to take firearms into the country. Real heroes such as Corbett don’t come along every day, so we didn’t have much difficulty in demonstrating to the Indian authorities that ours were exceptional circumstances. After almost a year of negotiation we were granted express permission at the 11th hour by some of the highest officials in both the British and Indian governments to take the rifle back to Corbett’s home.

The rifle’s homecoming to its spiritual birthplace inspired Marc to commission and build an exquisite London Best rifle to commemorate Corbett. The result was a work of art that the firm donated to the charity auction at the Safari Club International (SCI) convention in February 2016. It sold under the hammer for more than any bolt rifle before, setting a new record at US$250,000. 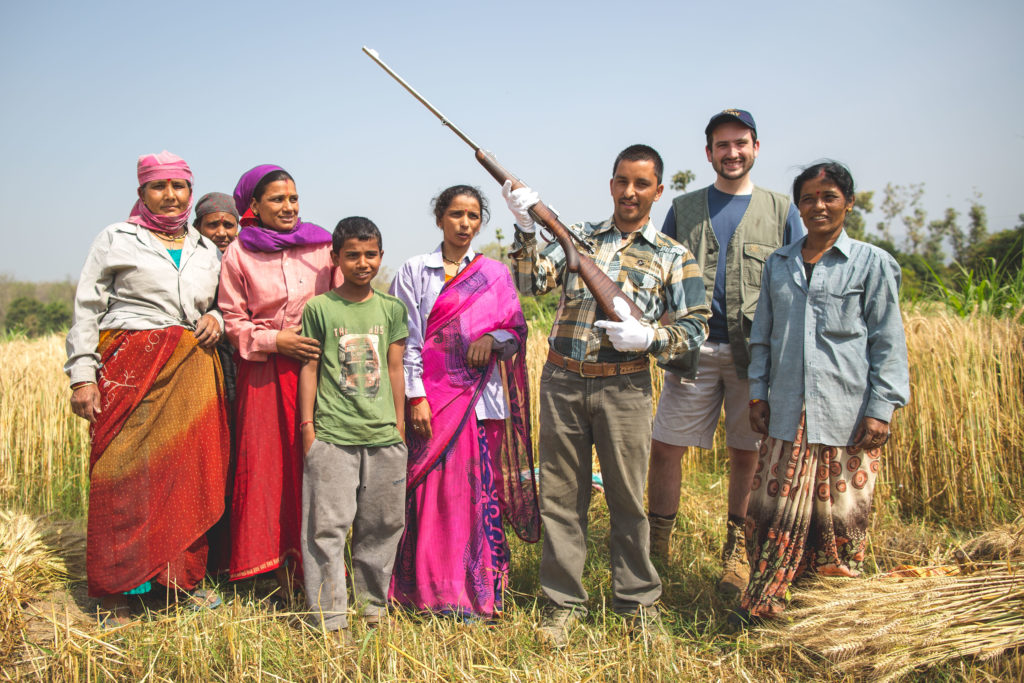 Marc was also commissioned a limited edition reprint of Corbett’s collected works with a view to donating the profits to tiger conservation in India’s Jim Corbett National Park, a tiger reserve that Corbett helped to establish in 1936. Rigby has a long history of exporting rifles to India – receiving more Rigby firearms than Africa in the early 20th century – and Marc was equally keen to recognise this by visiting India to handover the donation in person.

Rather than cash, we agreed something tangible would be more appropriate. After some deliberation, Rigby arranged for a $25,000 4×4 rapid response vehicle equipped for a vet to help the park’s rangers deal with human-tiger conflict. 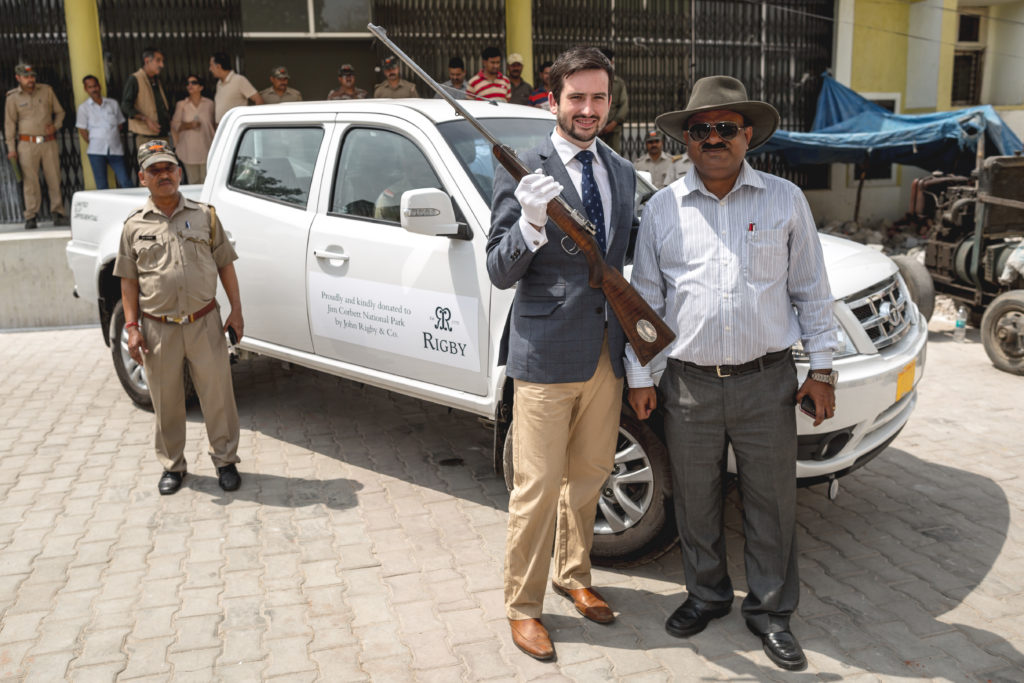 The official handover ceremony took place early in the week. A capacity crowd of more than 300 local and national press as well as dignitaries watched Marc’s speech about Corbett and what his rifle represents to the firm today. Marc presented the keys of the brand new, Rigby branded, Tata Xenon pick-up to Samir Sinha, Chief Conservator and Director of Forests for the Corbett Tiger Reserve.

After the circus of the ceremony and donation, the tour party had the chance to follow in the footsteps of Carpet Sahib – the local name for Corbett. On our first evening in the park, which covers 52,000 hectares, has no fences and is totally wild, we had our first encounter with a wild tiger.

In fact, we were lucky enough to see two: one from a jeep and the other one from the comfort of a howdah atop an elephant in true Corbett style. The tiger behaved more naturally when faced with another jungle grandee rather than a diesel engined vehicle. We saw him in his full, regal languid glory just 30 yards away. 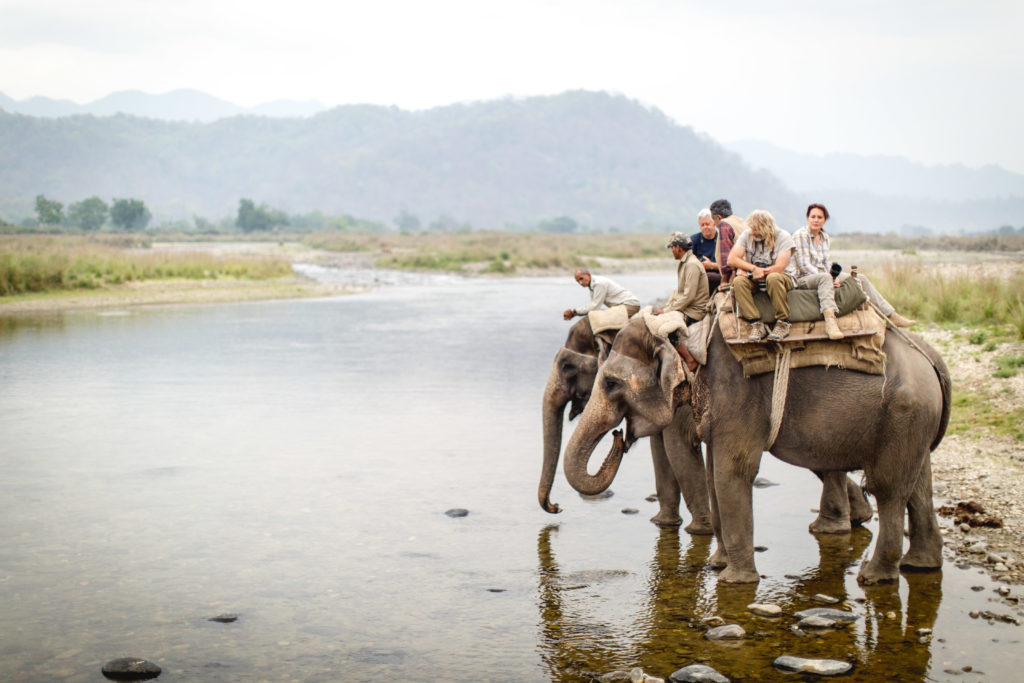 The event that marked the end of the tour was no less spectacular. This took place at the other end of Corbett’s home province high up in the foothills of the Himalayas at the headwaters of the Ganges close to the Chinese border. Rudraprayag was the location Corbett used his Rigby to deliver the local population from a dreaded man-eating leopard that had killed a recorded 126 people.

This cat would reputedly come through the roof at night and pull people from their beds. Such was the fear of this feline, the entire valley was in a state of curfew for eight years until after many other failed attempts, Corbett was able to bring the leopard to book and an end to the people’s misery. 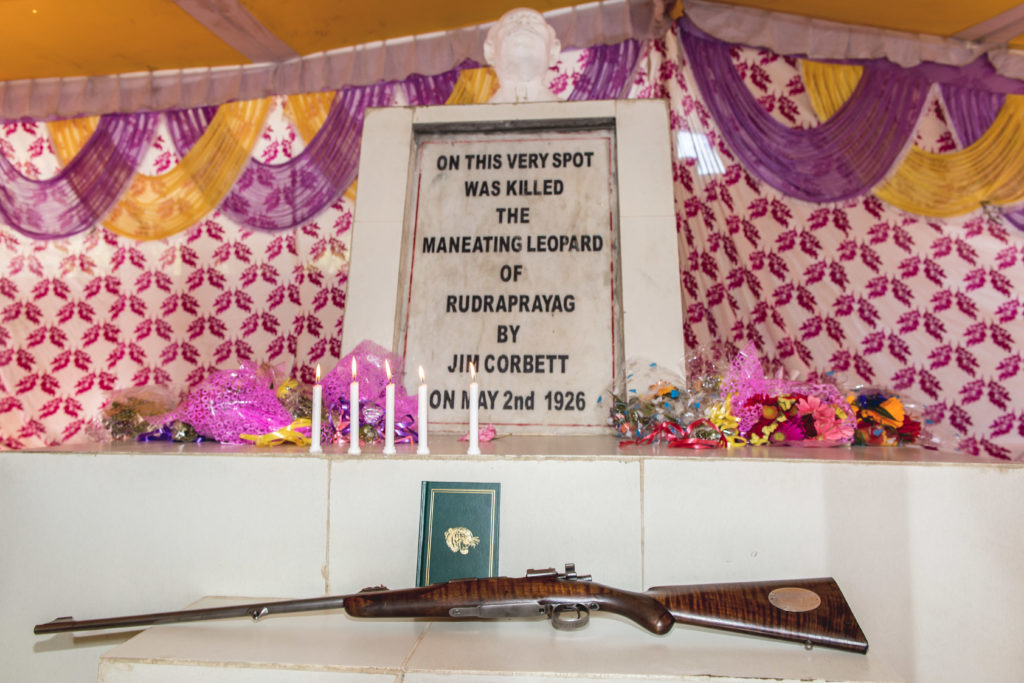 A crowd of 400 people packed the Corbett memorial site for a chance to see his fabled Rigby that had saved their forebears. The site lays on the exact spot he took the leopard with the rifle. People had turned out in droves to pay their respects to the rifle. As at Ramnagar, this event, was marked by more emotion and ceremony than you’d see at equivalent occasions in the west.

Through Corbett’s rifle, together with the donation, were able to shine a spotlight on wildlife and conservation topics for a short period to a great many people. It’s an honour to have been able to help Rigby contribute, even a little, to the continuation of his conservation legacy and legend.