A Rigby fit for Mi Reina (my Queen) by Larry Leadingham

While at the Dallas Safari Club (DSC) annual convention in 2013 my wife Clara and I had the pleasure of meeting and beginning an enduring friendship with Marc Newton, the then newly appointed managing director of John Rigby and Co.

A lifelong love of fine guns and hunting has a way of bringing like-minded people together.

Having dreamed of Rigby rifles and stalking red deer in Scotland since I was a child, this casual meeting with Marc opened a door to make my dreams a reality, as well as a lifetime friendship. While visiting Marc, he noticed Clara’s interest in a beautiful .275 Her eyes lit up when he handed it to her. As we looked over the rifle, Marc explained the process of making of a Rigby rifle. Clara had just begun to hunt with me a few years earlier and I was so happy when she proclaimed our 20th wedding anniversary is in 2015 and a Rigby would be a great gift for “My Queen”. Marc filed all of this in his mental memory bank.

Some great things happened at DSC that year. We became lifetime members of DSC, we booked a hunt in Scotland with Marc’s father for the upcoming red deer season and Marc became the new managing director of John Rigby and Co., with the mission of returning it to England. In April of 2013, Marc called me and said enthusiastically: “We are making this rifle for Clara; you know you want it; this is a great price; send me money!” He and I still joke about his sales pitch. Clara’s London Best Rigby in .275 was underway. Clara and I travelled the UK later that meeting Marc in Edinburgh, and we had a wonderful time at his father’s estate, stalking red deer in the Highlands. After our hunt we also went to London where Marc gave us a tour of Rigby. While at Rigby, Marc fitted Clara to her rifle without her having any idea. 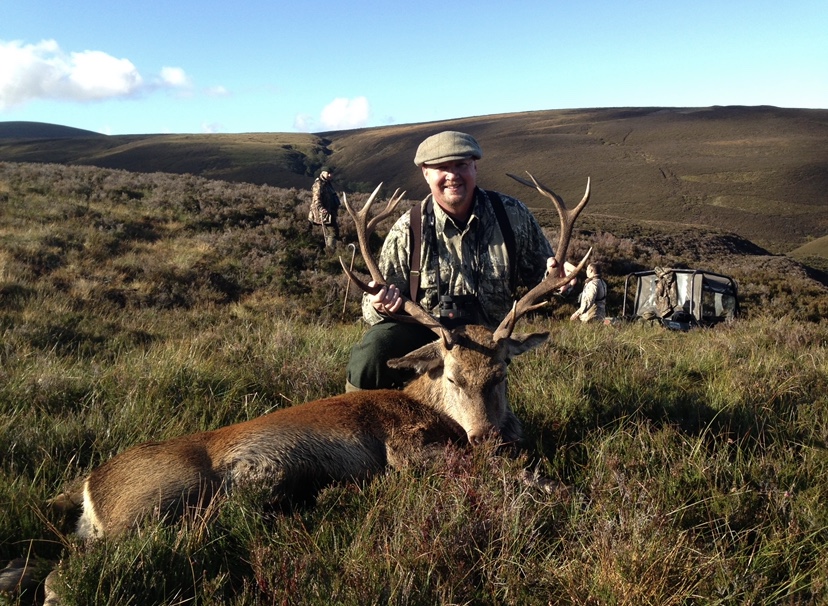 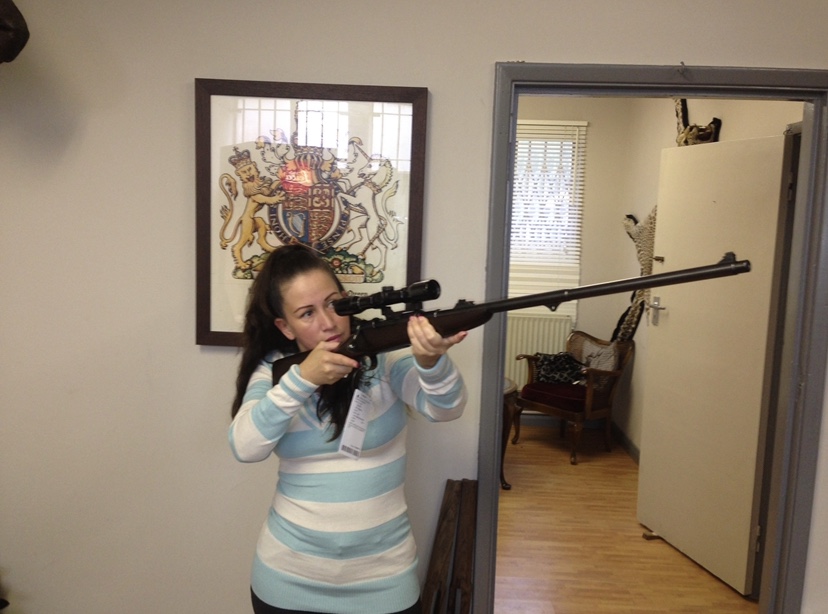 Fast forward to DSC 2015 while meeting with Marc at his hotel where he showed me the rifle and as I silently looked at it, Marc said, “Please say something mate.” I replied, “It is beautiful, Marc. It’s left me speechless”. It was stunning and perfect for my lovely wife. Clara and I had met and married in Colombia. Engraved on the stock oval as per my request was “Por Mi Reina”, which means “For My Queen” in Spanish. Marc explained all the love and care he and his team put into this rifle and we planned the presentation to be a surprise at the Rigby booth the following day.

We were at the convention hall early on the first day and Clara asked to go see Marc before he got too busy. After exchanging greetings, Marc pulled Clara aside to show her a new Rigby rifle built for a special client.  As he finished Clara asked, “Who is the special client?” Marc replied “It’s you Clara. This rifle was built for you”. The pictures explain it all. 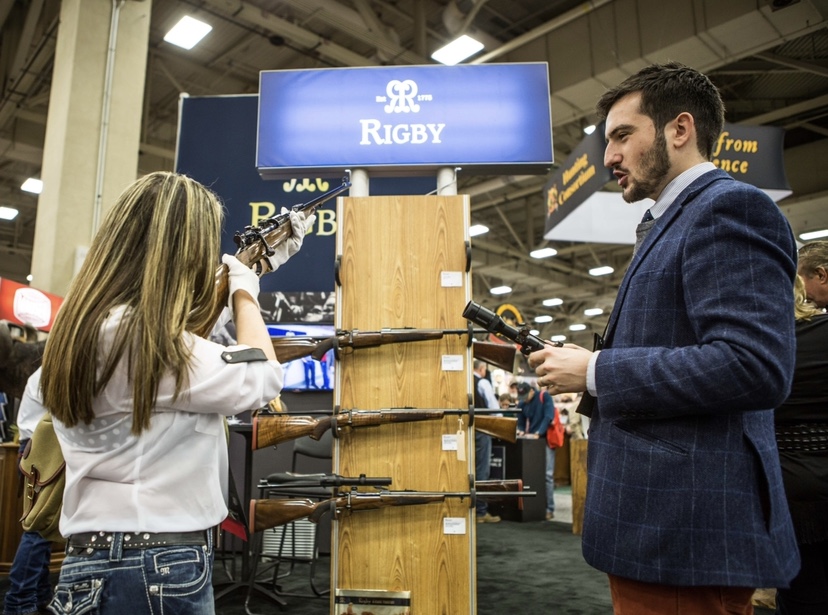 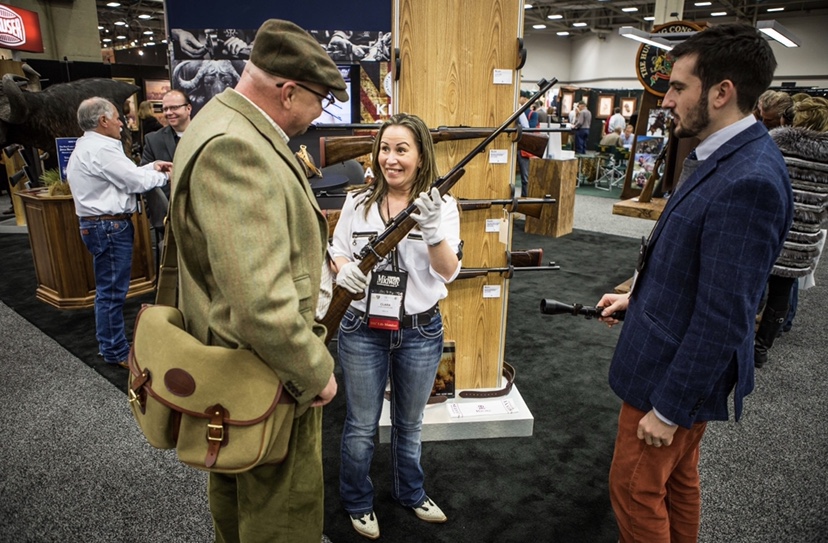 Clara’s Rigby has not yet been to Africa, as she did not want to scratch it! However, I’ve finally convinced her a rifle just develops character and memories while hunting, so she will be taking it on our next safari, but she does use it on our deer hunting lease. 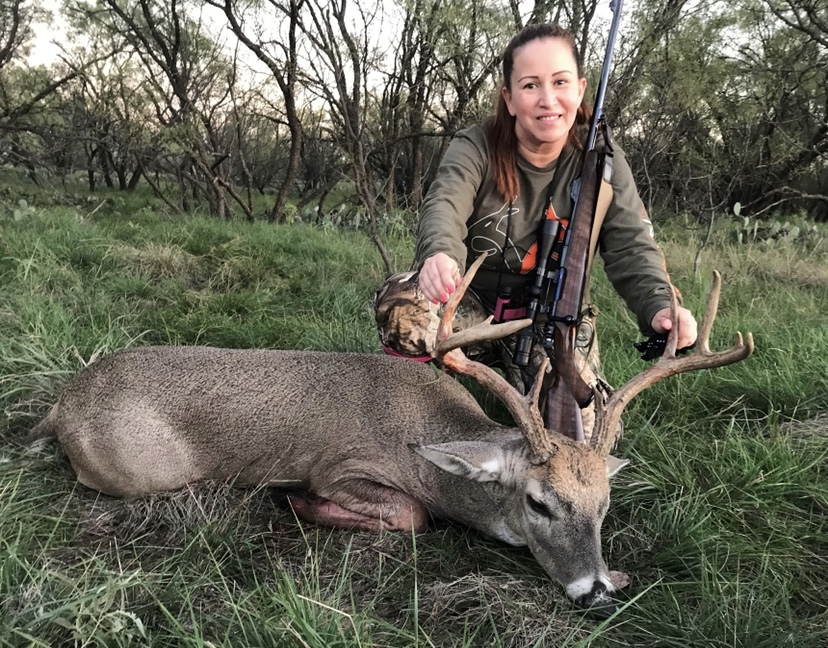 This rifle is special for many reasons. It is a Rigby; crafted by a legendary company with over 240 years of history, whose rifles were used by hunting legends. It is one of the first rifles to be commissioned and built at the new Rigby workshop in London, by the then new Managing Director and my friend, Marc Newton. Clara asked for it, never dreaming it would become a reality. It is the rifle of my beautiful wife and best hunting companion.

It would be a couple years before Marc built a rifle especially for me, but that story will have to wait for another time.