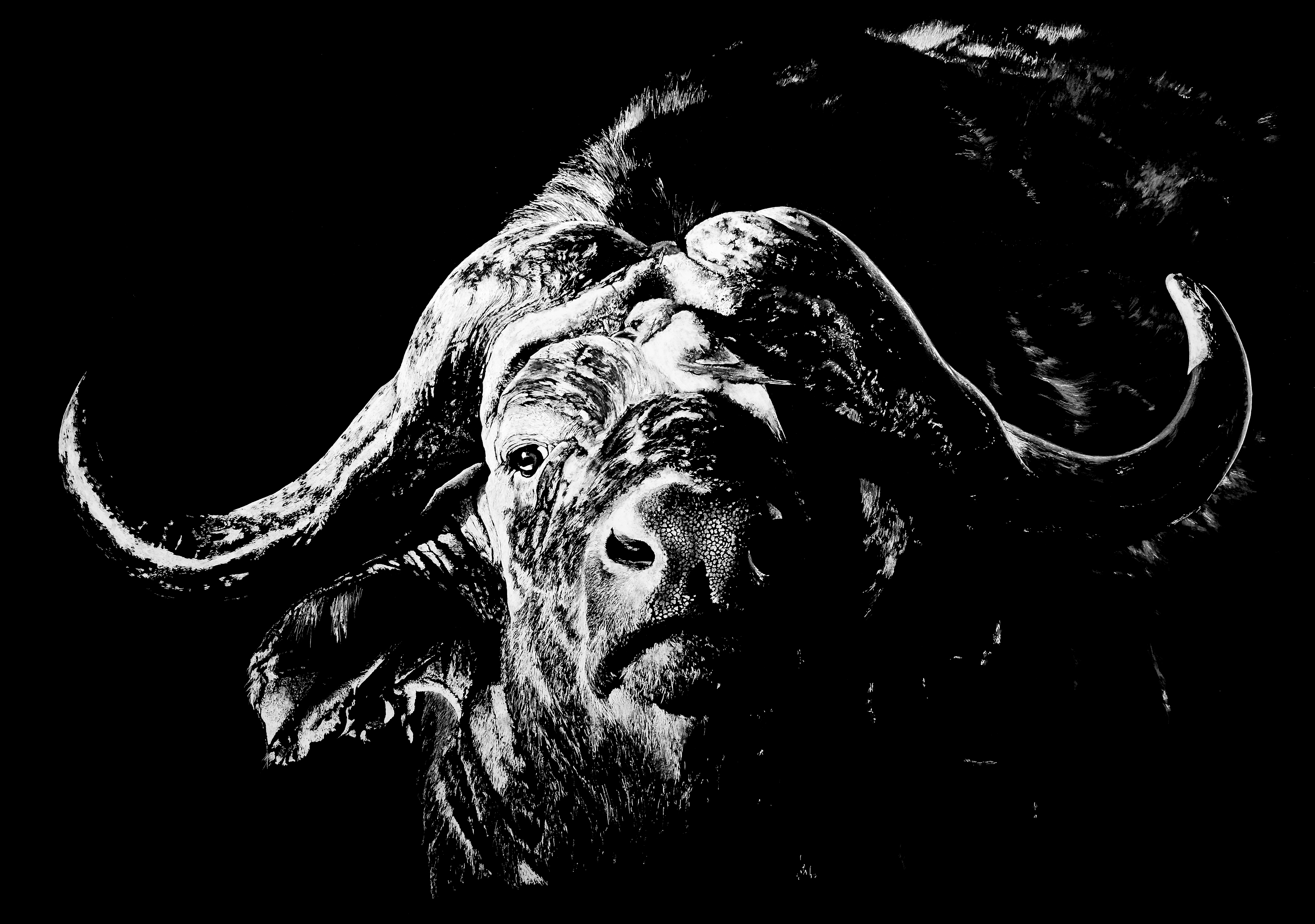 Hand-signed and numbered by the artist, before being relief stamped with the Rigby logo, Geoffrey has tried to purvey the African animals in their true form, showing every one of their scars, scratches and imperfections. Geoffrey commented: “Everyone thinks these animals are beautiful, but they don’t know their true nature. I really want to show the animals as they are, for their eyes to say ‘you’re insignificant to me, you don’t know what I’ve been through’ in that one glance.”

Before drawing the animals, Geoffrey studied numerous photos to understand how their skin wrinkled or manes flowed. The drawings of the Cape buffalo and rhino have taken 35 and 45 hours to complete, whereas the drawings of the lion and leopard has taken double the time due to their coats.

Geoffrey’s technique for creating these prints is unique, taking a black board and a white gel pen, with three black pencils to draw the animals, saying it wasn’t a technique he had seen before, but it provided striking results.

The French artist works as an engraver at Rigby and trained at the Liege School of Gunmaking in Belgium, where he specialised for four years in animals. Ever since he was a young boy he’s been drawing animals. He doesn’t come from an artistic family, but it’s a skill he’s developed from a childhood passion, one that was inspired by the engravings on his father’s guns, after seeing them on his gunrack at eight-years old.

If you are interested in owning a piece of Rigby Art and having your name entered into the famous ledgers, visit: www.johnrigbyandco.com.

RRP: £250 per A1 print, plus P&P. Certificate of authenticity provided.