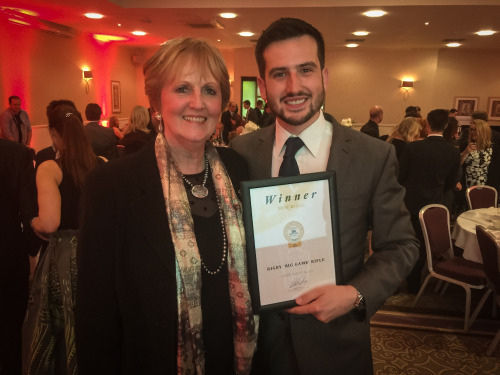 Celebrating its 20th year, the highly respected annual awards are recognised for acknowledging the UK shooting industry’s achievements and innovations throughout the previous year.

The Best New Rifle category focused on identifying the rifle that had made the biggest impact during 2014 through its design and innovation, handling characteristics, sales figures, customer recommendations and overall impact on the market.

The Rigby Big Game rifle is built on the newly manufactured Magnum Mauser action, based on the classic and time-tested Model 98 design. The Big Game retains many aspects of the original rifle, including the extractor and three-position flag safety. Its barrelled actions are supplied by Mauser before being assembled into superb hand-finished rifles by Rigby’s master craftsmen at its London workshop.

Will Hetherington, Editor of Shooting Gazette and one of the award judges, commented: “The Rigby Big Game rifle is a superb piece of gunmaking and is very competitively priced in its market. This entry cast a huge shadow over the others and when it came to the crunch we just couldn’t ignore that.”

Marc Newton, Managing Director of John Rigby & Co, added: “The Big Game has now won awards on both sides of the Atlantic which is not only testament to the skill of our gunsmiths but a great accolade for the whole of the Rigby team which has put a huge amount of effort into creating this superb rifle. I am tremendously proud!”