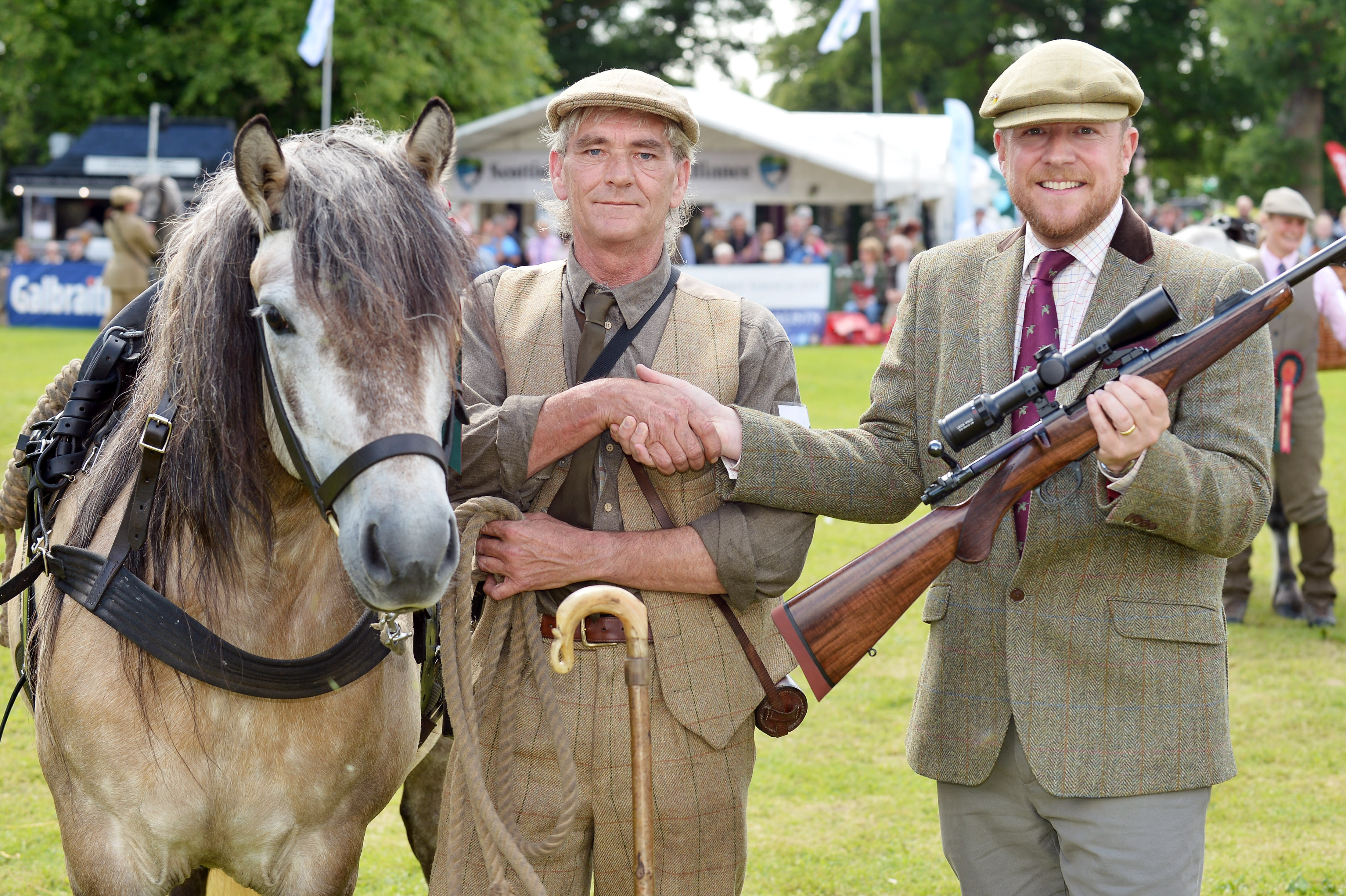 Glen Prosen will receive one of Rigby’s newly launched Highland Stalker rifles in .275 Rigby, which will be accompanied by a Leica Visus 2.5-10×42 riflescope, making the top prize worth a staggering £8,575, which is currently being engraved to commemorate the win. Eric took home the a medal from the Highland Pony Society and a year’s membership. All the entrants received a bottle of Rigby 18-year-old single malt whisky.

The competition is organised by the Game & Wildlife Conservation Trust and the Association of Deer Management Groups and is held in memory of Fred Taylor, headstalker on the Invermark Estate in Angus for more than 30 years.

Eric, who has been a ghllie at Glen Prosen for seven years, was showing Mia, a five-year-old mare and said of his win: “I was surprised – there was a very high standard of ponies being shown and I had no idea what the judge would be looking for. I’ve been a ghillie on and off for around 30 years, and I knew Fred Taylor, so it’s a huge honour to win. This event is very important and I hope that it will encourage more youngsters to have a greater understanding and inspire them to work with hill ponies.”

Marc Newton, managing director of Rigby, commented: “It’s fantastic that Rigby is involved with this celebration of all the work that goes into managing deer on Scottish estates. The fact that 20 ponies were entered goes to show that this is not just a tradition, but a living skill. Eric, who had turned Mia out beautifully, is a very worthy winner.”