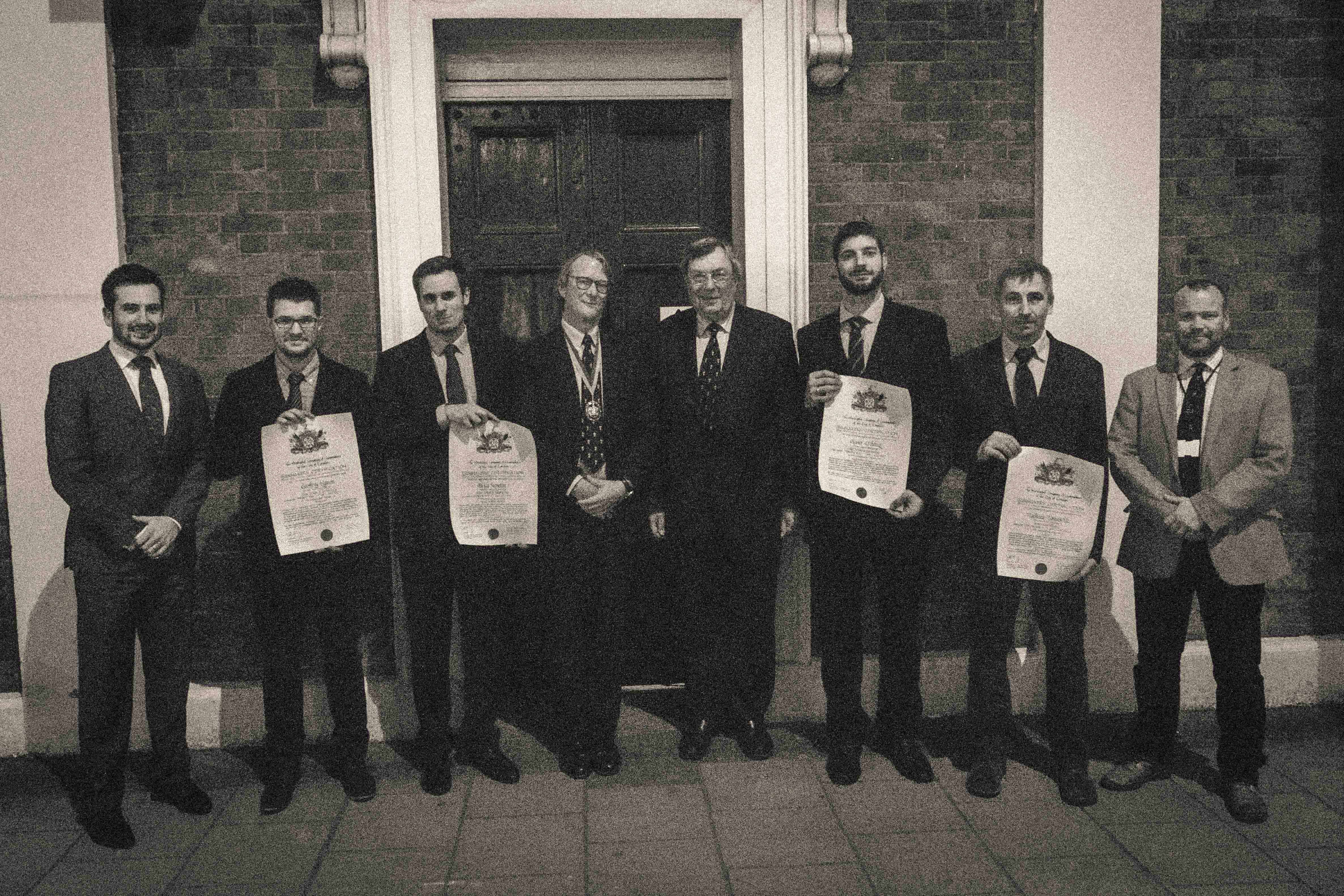 The John Rigby & Co. team were in attendance at a prestigious award ceremony last week to receive certificates from the Worshipful Company of Gunmakers, in recognition of their work on the Jim Corbett commemorative rifle.

Olivier Leclercq, Brice Swieton, Vladimir Tomascik and Geoffrey Lignon swapped their usual workshop aprons for dapper suits and tie to pick up the awards from master, John Browning. The awards handed out on the night, hosted at the London Proof House, were made under the livery company’s certification scheme. The scheme champions the gunsmith’s craft by highlighting exquisite gunmaking talent in the UK.

Master of the Worshipful Company of Gunmakers, John Browning, praised the team’s work saying: “The Jim Corbett commemorative rifle is without doubt one of the most beautiful pieces of craftsmanship I have ever seen. It’s a monumental achievement for a team who are young in years, but over flowing with skill and talent. I’m sure this is just the beginning and the best is yet to come.”

The Jim Corbett rifle sold at the Safari Club International auction in February this year, for a record breaking $250,000. Each member of the team leant their hand to create an exact replica of the rifle the legendary hunter used to dispatch maneating tigers in India.

For Rigby’s managing director, Marc Newton, it was a night to be proud. He comments: “I’ve seen first-hand the care and precision that the team put into making this rifle, so for their efforts to be recognised in such a way is immensely satisfying.”