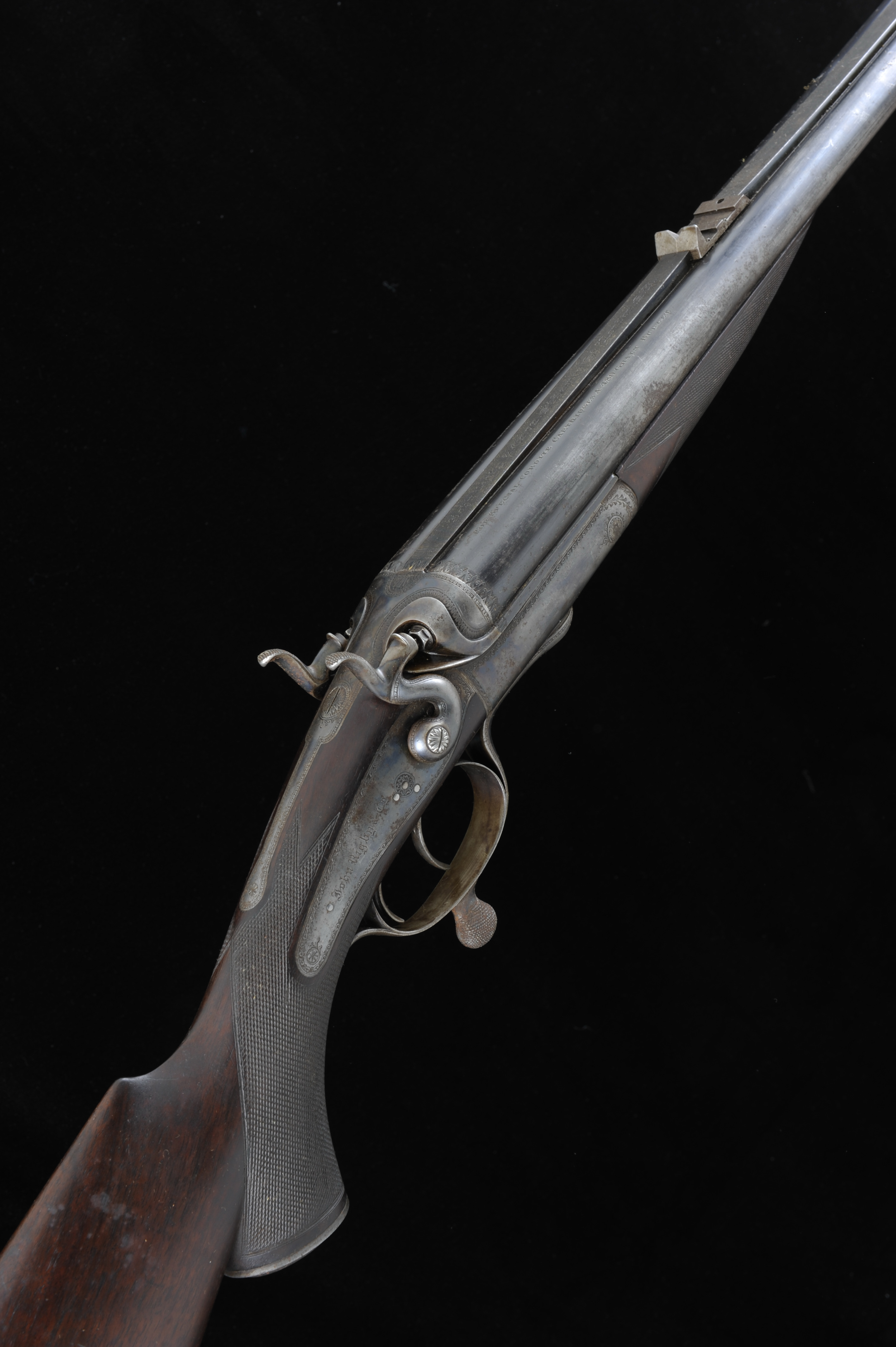 Born in 1882, Wallace was not only a well-known naturalist, but also a talented sporting artist and illustrator. He also penned many articles for publications such as The Field and Country Life, as well as contributing to works such as ‘The Big Game in Asia and North America.’ He was also a passionate hunter and was appointed ‘Deer Control Officer for Scotland during World War II.’ Wallace travelled extensively, hunting in East Africa, India, Japan, New Zealand and Canada as well as China where he went in 1911.

Gavin Gardiner commented: “I was delighted that all of H. Frank Wallace’s Rigby rifles were purchased by John Rigby & Co. for their museum. It just seemed right that these historic rifles returned to their spirtual home after a lifetime of sport in all four corners of the world. I know that Rigby and Marc Newton will share the excitement for these rifles that so many collectors expressed prior to the auction and that they will be given pride of place alongside the legendary Jim Corbett rifle, among others, in the museum.”

Marc Newton, managing director of Rigby, added: “I am thrilled that we have added these historical pieces to the Rigby museum. They are a vital part of the company’s heritage. It is incredibly important that these beautiful rifles are preserved and kept as a long-lasting tribute, not only to the great H. Frank Wallace, but also to the timeless workmanship and skills of the Rigby brand. It’s wonderful to have them here in the museum, where they can inspire hunters and craftsmen alike.”