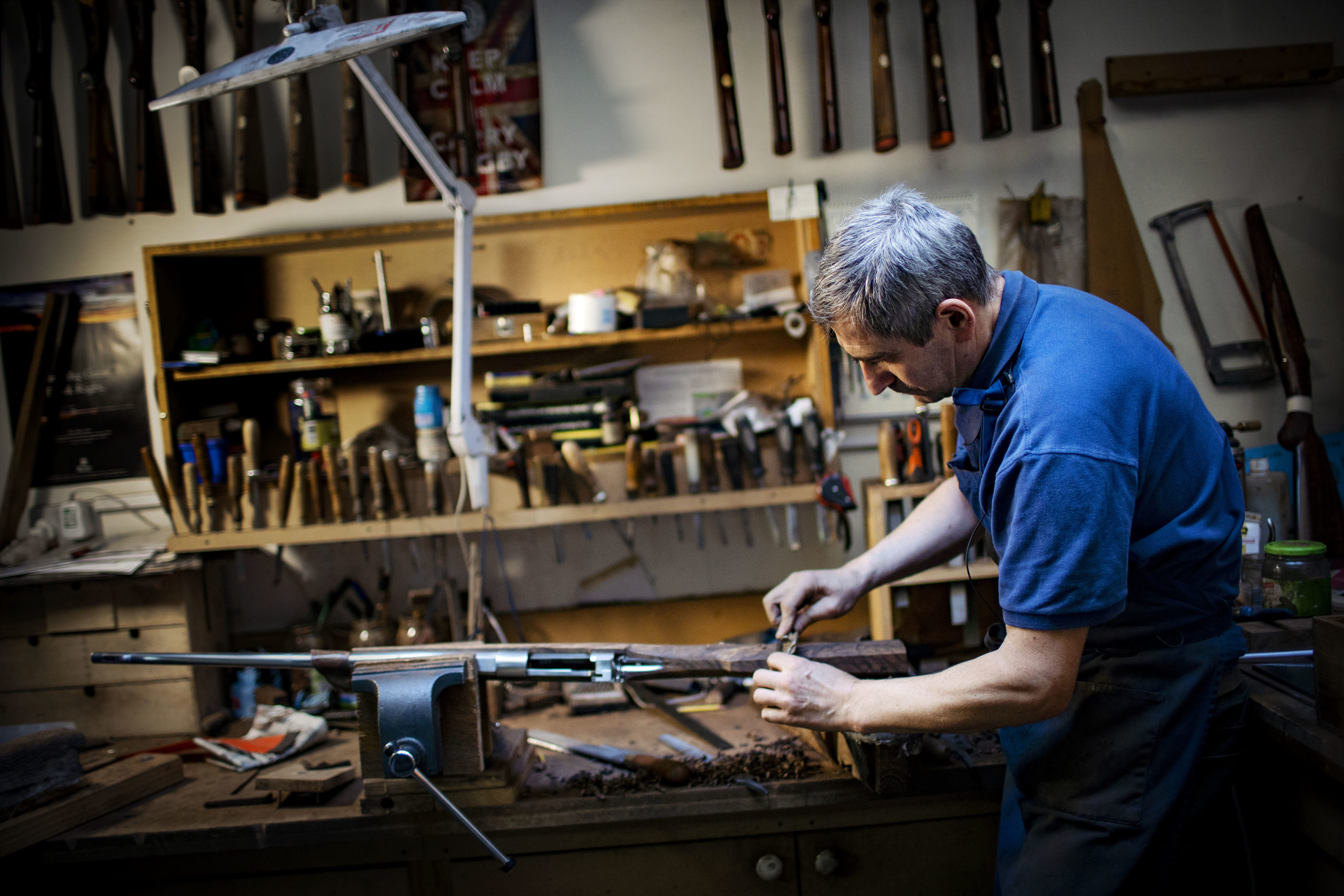 What has been happening at Pensbury Place over the past month? Is a sense of normality returning?

Most of the staff are now back full time, though we do have one or two team members, who are in higher risk categories, still working from home. They’re able to do all of their work without any problems and we just feel safer keeping them at home for the moment. It’s great having almost all of the team back under one roof. I know we say it all the time, but it really is like a family here and having everyone together makes a massive difference.

In terms of projects, it’s more of the same really: catching up on backdated orders. We’re still receiving a lot of new orders, which is great. We’ve actually had a really good six months through the COVID-19 pandemic, perhaps as a result of people not traveling as much and having more time to talk and to look at the guns on the website.

With Rigby’s order books so full, which of the many guns in the pipeline are you most excited about?

I’m most excited about the falling block, which is really coming along now. We should have some pictures of those by the end of this year, which will be great. I’m also looking forward to some of the big doubles that are going through – the .577s and .600s: those are really interesting. At the other end of the scale, we’ve also got some small .275 doubles being produced, that are just as exciting, not to mention lots of other bits and pieces in between.

Autumn has arrived in the UK, which means the wing shooting season will soon be getting into full swing. Other than a thorough gun service, what are your early season recommendations?

I think you’ll definitely notice a big difference from having a bit of clay practice before the shooting season. We’ve all been guilty of it: we put the gun away at the end of the season and then – apart from perhaps a day or two on the pigeons – we don’t pick it up again until September or October, when we have our first day. Definitely get yourself down to West London Shooting School or your local shooting ground before then. Get the feeling of the gun moving, get used to being safe with the gun, moving your feet, all of those things. Someone once said to me that if you played sport, you wouldn’t go out and play a big game without first having a practice the week before. The same logic applies to shooting.

It’s also really good to get yourself out and have a practice to check that all your other kit is good to go. Personally, I like to keep kit to a minimum, I think it always improves the experience, but it’s just a case of checking that everything still fits. Some of these tweed suits have a habit of shrinking over the summer, you know. There’s nothing worse than finding that out on the morning of the first shoot!

Have you managed to spend much (or any) time in the field yourself in the past month?

We were up in Scotland grouse shooting for our annual week with my daughter. Since she was born, we’ve taken her up every year and she sits in a little back pack with ear defenders and protective glasses on and absolutely loves it. We have a picnic lunch and we shoot a few grouse and we take them home then show her the whole process from moor to plate. It’s something that we really look forward to as a family. This year we were up there with a few friends – it was very special.

I’ve also been out deerstalking. August is a great month for hunting roebucks at the tail end of the rut. I’ve had a bit of spear fishing as well, which was great. I loved being out in the water – a spear gun is a little bit different to a rifle, but it’s the same sort of process and it’s just lovely to be out in nature.

This time of year can produce some of the best opportunities for open air sporting lunches. If you could take a full complement of Rigby‘s picnic ware into the field, what would you fill it with?

My favourite sporting lunch is my father’s ‘beef on the bonnet’. You simply stop somewhere: if it’s raining, pull up into a barn; if it’s dry, find an idyllic spot. Spread an old picnic blanket over the car bonnet and lay out a big rib of beef, or a striploin or something similar, accompanied by nice crusty rolls, some cheeses, pickled onions, tomatoes, lovely sauces, and something nice to drink. It’s an old family tradition and my absolute favourite way to have any lunch really. It’s even better if it’s a sporting lunch. We were doing it grouse shooting this August and I’m sure we’ll be doing again throughout the season. It’s just a great way of enjoying the moment and to bring everyone in – the beaters, the pickers-up, the keeper and anyone who wants to join. It’s a real team experience.

To find out more about Rigby’s range of picnic ware and other sporting accessories, visit bit.ly/RigbyGifts 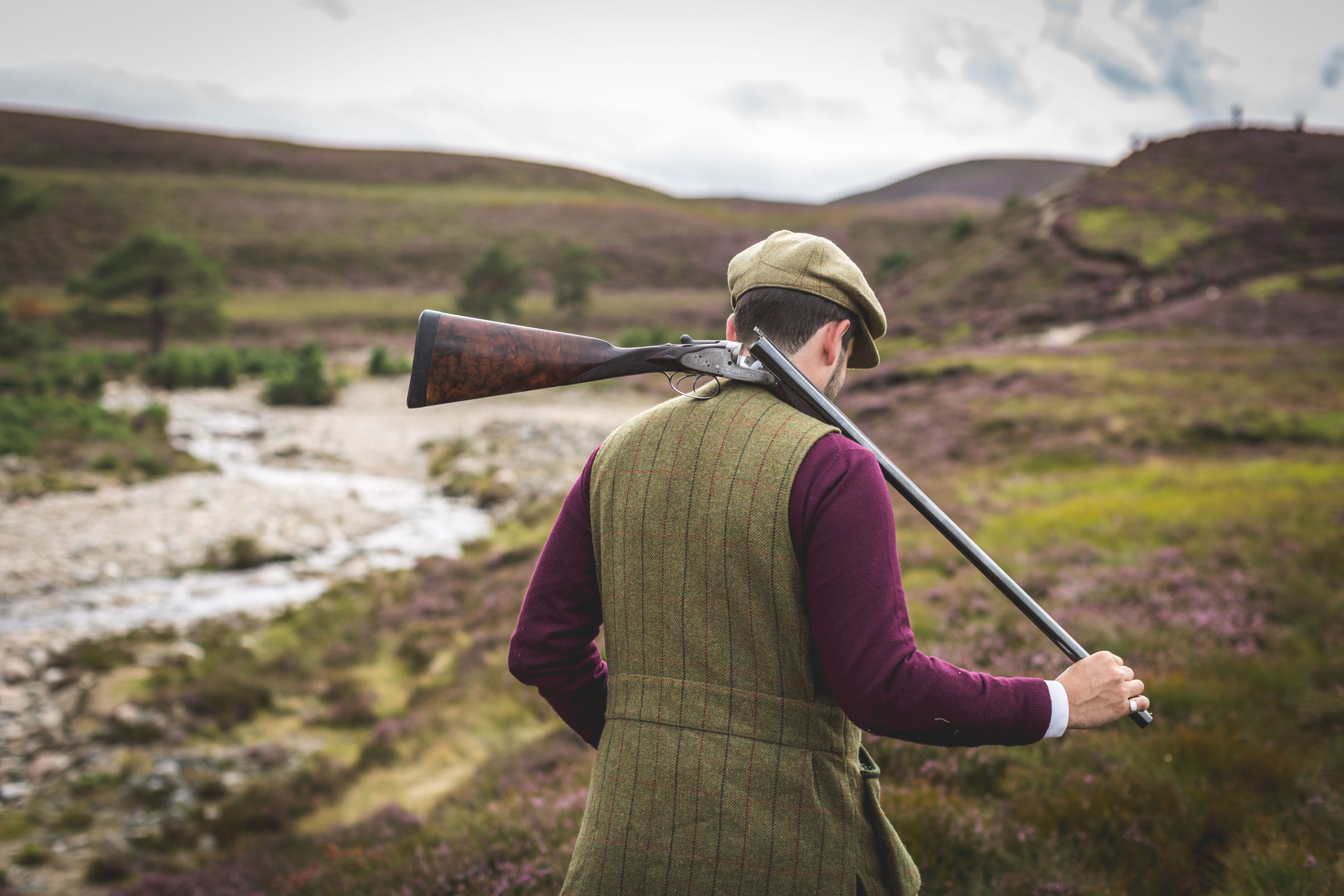