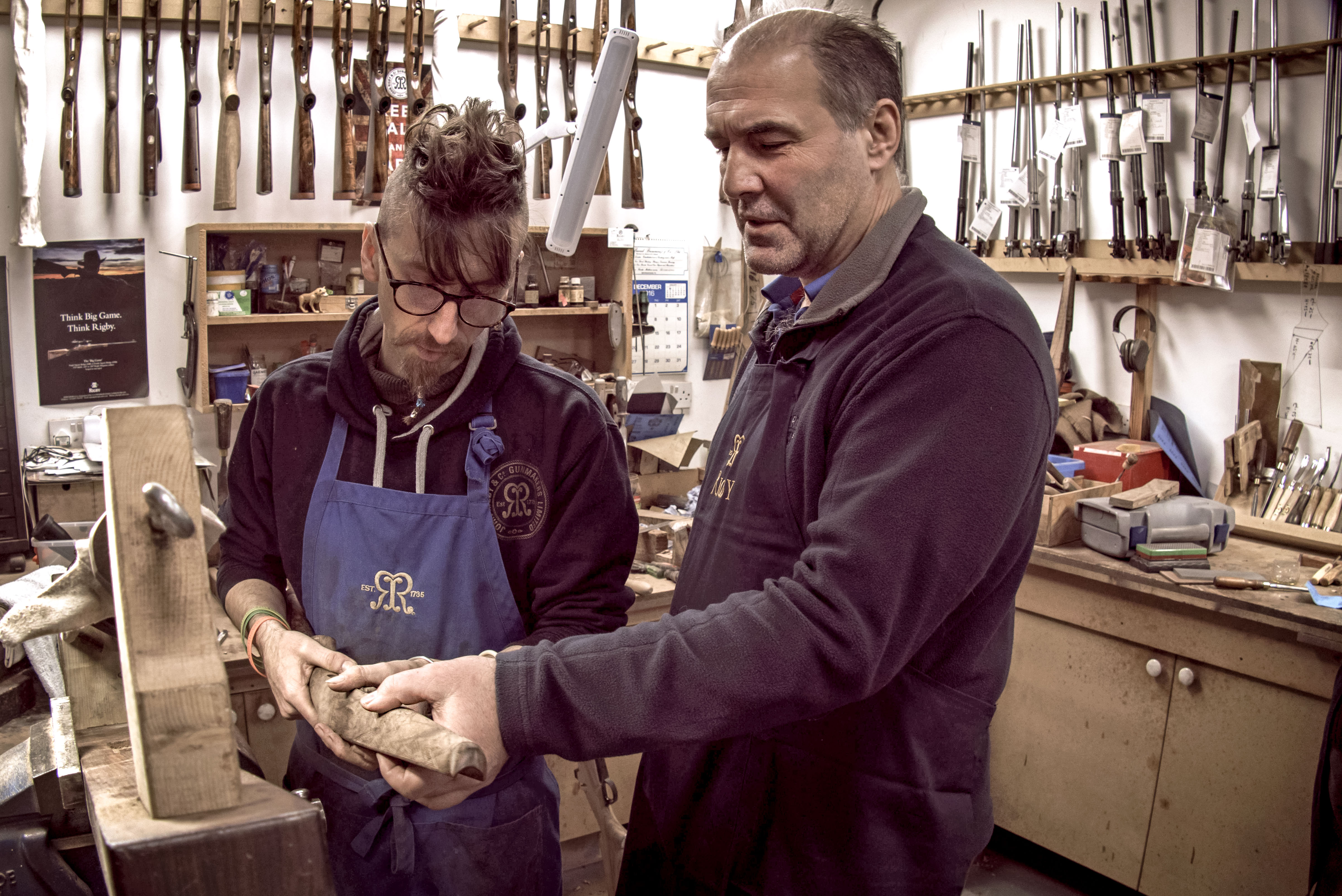 London gunmaker, John Rigby & Co. has taken on one of the best engravers in the industry, James Kulczyk.

James comes to Rigby following 15 years of self-employment, during which time he engraved guns for other London gunmakers such as James Purdey & Sons and Holland & Holland.

He specialises in deep carving on guns which is an incredibly rare skill. James explained: “Deep carving is really quite niche but it’s becoming extremely popular amongst modern day buyers. I am extremely proud to be working for such a giant of gunmaking and can’t wait to get stuck in.”

Despite having years of experience engraving guns, James originally learnt his craft hand-etching the design for bank notes for countries across the Commonwealth including India and Nigeria.

Managing director at Rigby, Marc Newton said: “I am thrilled to welcome James to the team at Rigby. His skill level and attention to detail are second to none and I can’t wait to see what he will produce for the company.”