London gunmaker John Rigby & Co., well-known for its large calibre big game rifles, has unveiled a unique London Best in .223. The exquisite rifle is the smallest made by Rigby since the firm’s return to London in 2013 and was created especially for the Abu Dhabi International Hunting and Equestrian Exhibition 2016 (Adihex), which took place earlier this month. 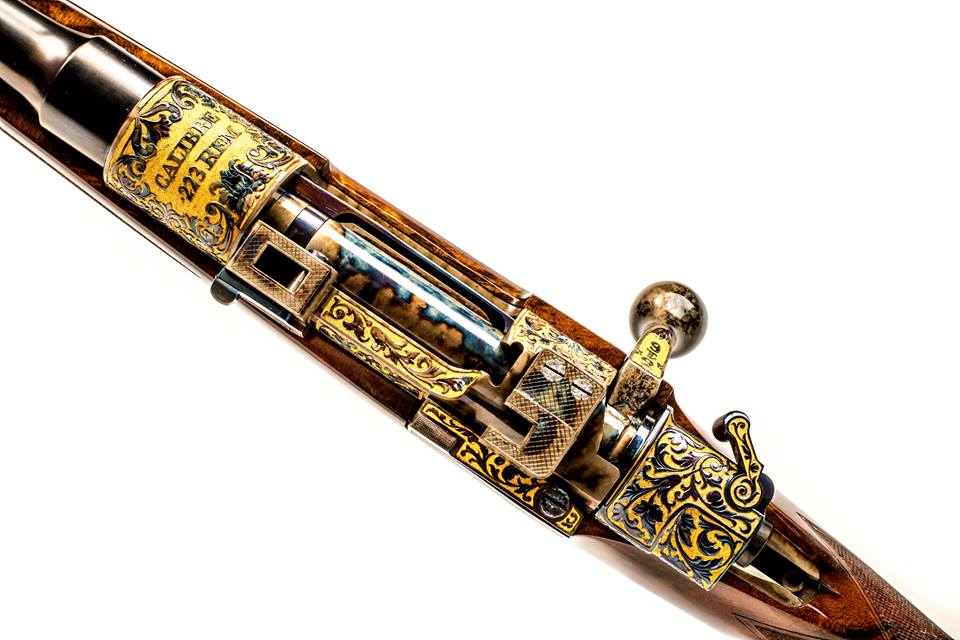 To create this elegant masterpiece, the team scaled down every element of Rigby’s classic .275 design – including scope mounts, stock shape and action – with painstaking care and attention to detail. In addition to being the smallest bolt-action rifle built at the Pensbury Place workshop, the .223 is also the first built by Rigby’s gunmakers on a mini-Mauser action. Weighing just 5lb, the perfectly proportioned action contributes to the elegance of the rifle’s appearance and, more importantly, to effortless handling in the field.

The .223 boasts an eye-catching finish that includes semi-carved scroll with a 24ct gold background by master engravers Hendrik Frühauf and James Kulczyk. 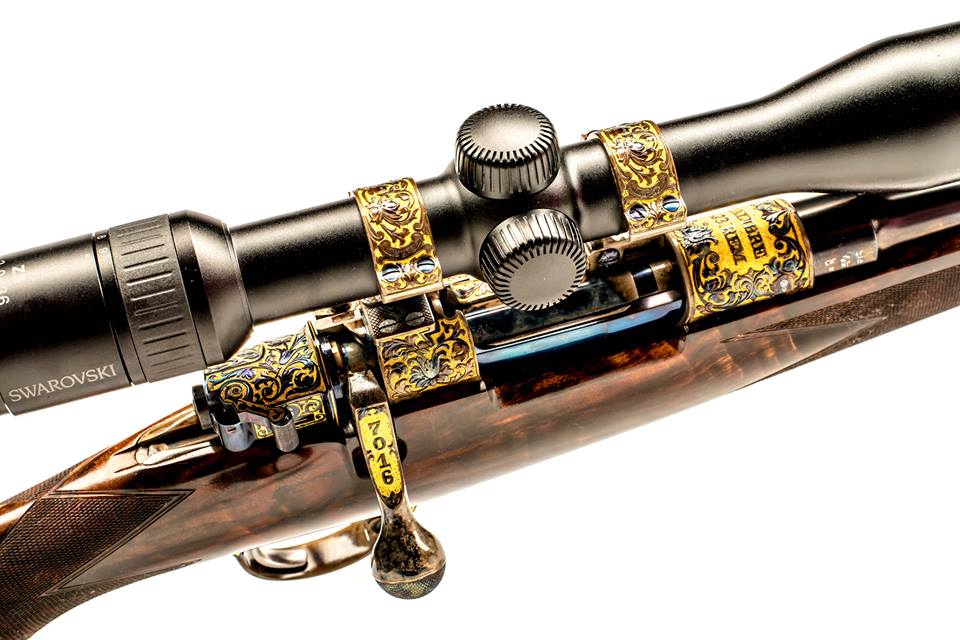 “Rigby is best known today for big game rifles,” commented Rigby’s managing director, Marc Newton, adding: “But that doesn’t mean we can’t produce exquisite firearms for smaller quarry. I’m extremely proud of the team for all the work they have put into this .223, which handles like a magic wand. Yet again, they have shown that they possess the talent and commitment to produce rifles of the highest quality, whatever the calibre.”

The rifle was sold at Adihex for an undisclosed sum.