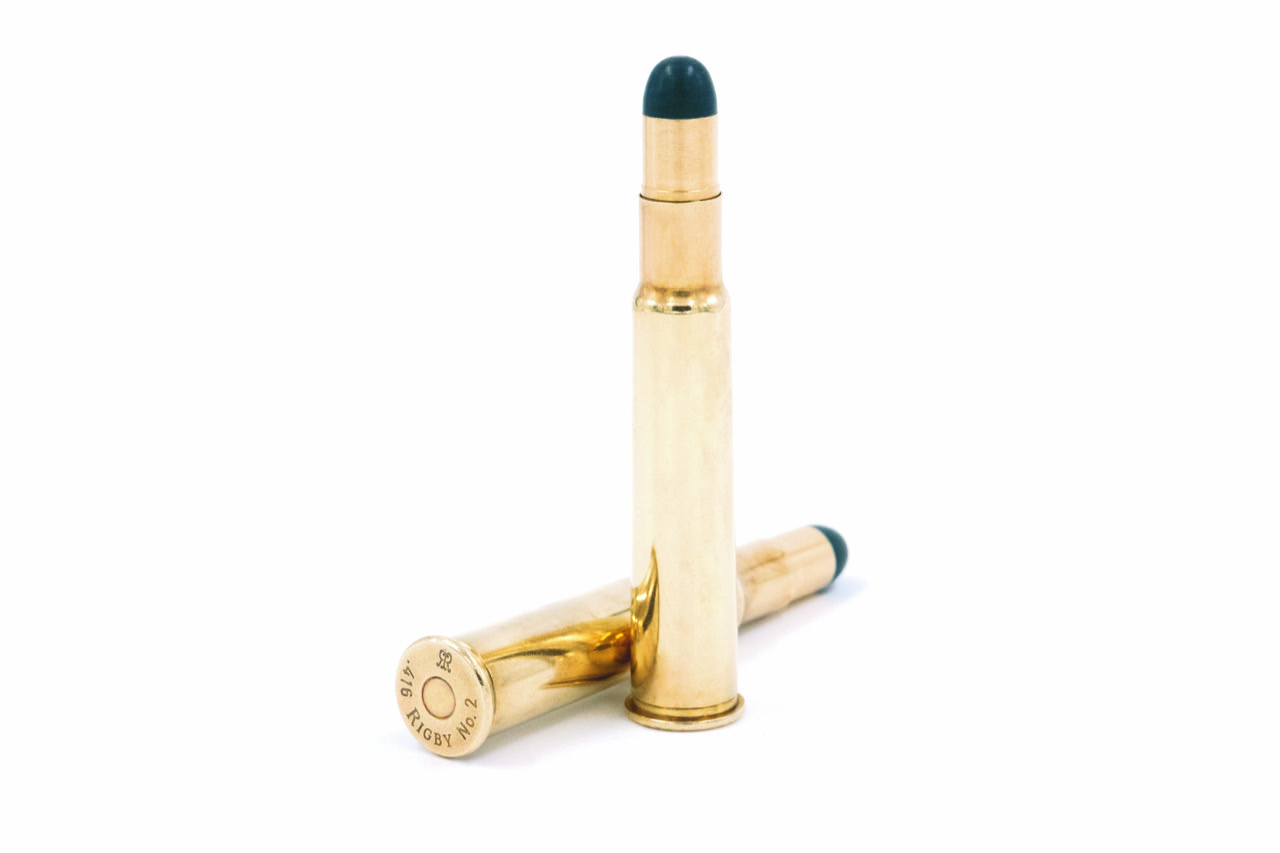 More than two decades after the development of their last cartridge, London gunmaker John Rigby & Co. is set to release a new calibre, the .416 Rigby No. 2, which will be chambered in Rigby’s Rising Bite double rifles.

Dr. Eckhard Stief, a passionate German hunter, rifle collector and avid fan of rifles, is the genius behind the design of this new and improved .416 Rigby No. 2 cartridge. Working hand-in-hand with Rigby, he has seen through the development of the new calibre from concept.

As a keen cartridge developer, Dr. Stief has previously improved calibres for medium and small-sized game but four years ago decided that he would like to work on one last project – to develop an improved, more modern calibre for big game, so struck up the alliance with Rigby to see through the project.

A fan of the .416 Rigby, Dr. Stief maintains that John Rigby who developed the original cartridge in 1911 was ahead of his time when he produced the calibre, adding that it can be compared to new modern age cartridges.

Using the .416 Rigby’s original design, Dr. Stief has simply added a rim to the cartridge, to improve the extraction in double rifles, maintaining the same cartridge pressures and velocities.

Dr. Stief commented: “I selected the .416 Rigby for development because it’s powerful for shooting big game and penetrates well but it can also be used on medium-sized game like kudu and oryx, making it a good all-rounder. For me the modern shape of the case and good shoulder is important, plus the neck is not so long like many older calibres and there is lots of bullets readily available. By not changing the mother cartridge, reloaders can use their normal reloading full die set, simply needing a new case holder and original published reloading data can be used, so long as their rifle is chambered for the calibre. I have simply selected today’s best calibre from the big game calibre group and added a rim, aiding cartridge extraction.”

Marc Newton, the managing director of Rigby, added: “We are delighted to work with Dr. Stief, to develop a new Rigby calibre for our Rising Bite rifles. By adding a rim to the original .416 Rigby it modernises the cartridge and brings it into 21st century.”