Rigby completes first .577 Rising Bite for more than a century 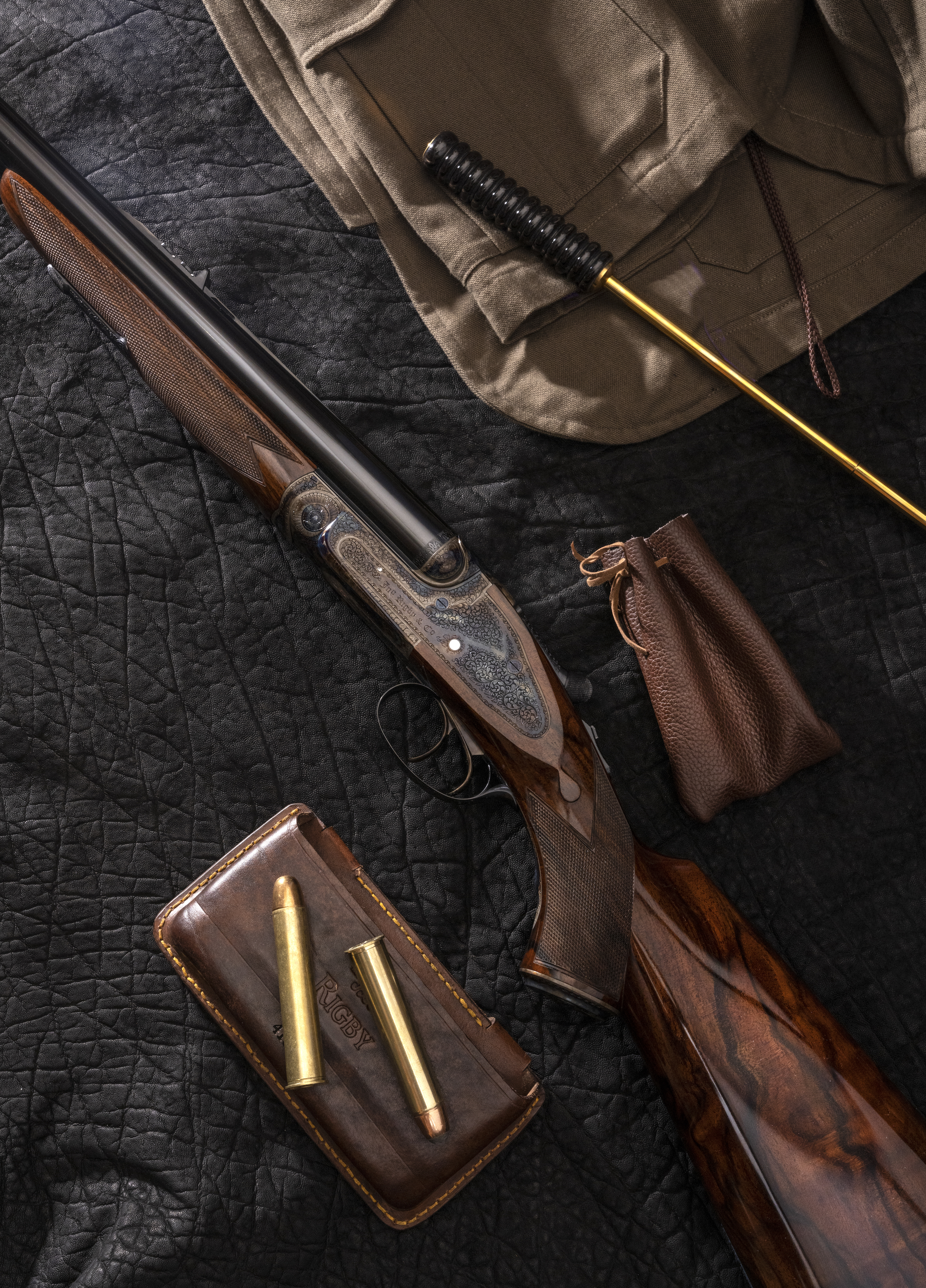 London gunmaker John Rigby & Co. has completed its first rising bite in .577 Nitro Express for more than 100 years. The double rifle was made for a valued client, who wished it to be a tribute to Satao, the famous Tsavo tusker. It includes an exquisite floorplate engraving of Satao himself by Rigby’s Finnish in-house engraver, Saija Koskialho.

According to Rigby’s historic ledgers, the last double rifle in this calibre to be produced at its workshop was in 1907. Like its 21st century cousin, it was a rising bite. In addition to the image of Satao, the 2019 rifle also features a number of unique details on the trigger guard requested by the client, including a miniscule mouse and the rifle’s name.

The rifle’s new owner, who divides his time and hunting between his farm in Zambia and his native northern Europe, said: “I gave Rigby the time they needed and I’m delighted. I wanted the rifle built mainly as a tribute to Satao because I believe in conservation and I believe that hunting managed correctly is the best way to help wildlife and to deal with the increasing human-animal conflict.”

“We’re extremely proud to bring this project to realisation,” commented Rigby MD Marc Newton. “As always, we had a wonderfully supportive client and the results speak for themselves: it’s a beautiful gun that not only looks great but also handles superbly. At thirteen-and-a-half pounds, it’s light enough to carry it all day on safari but heavy enough that the recoil is very manageable.”