The latest from the Rigby workshop by Marc Newton 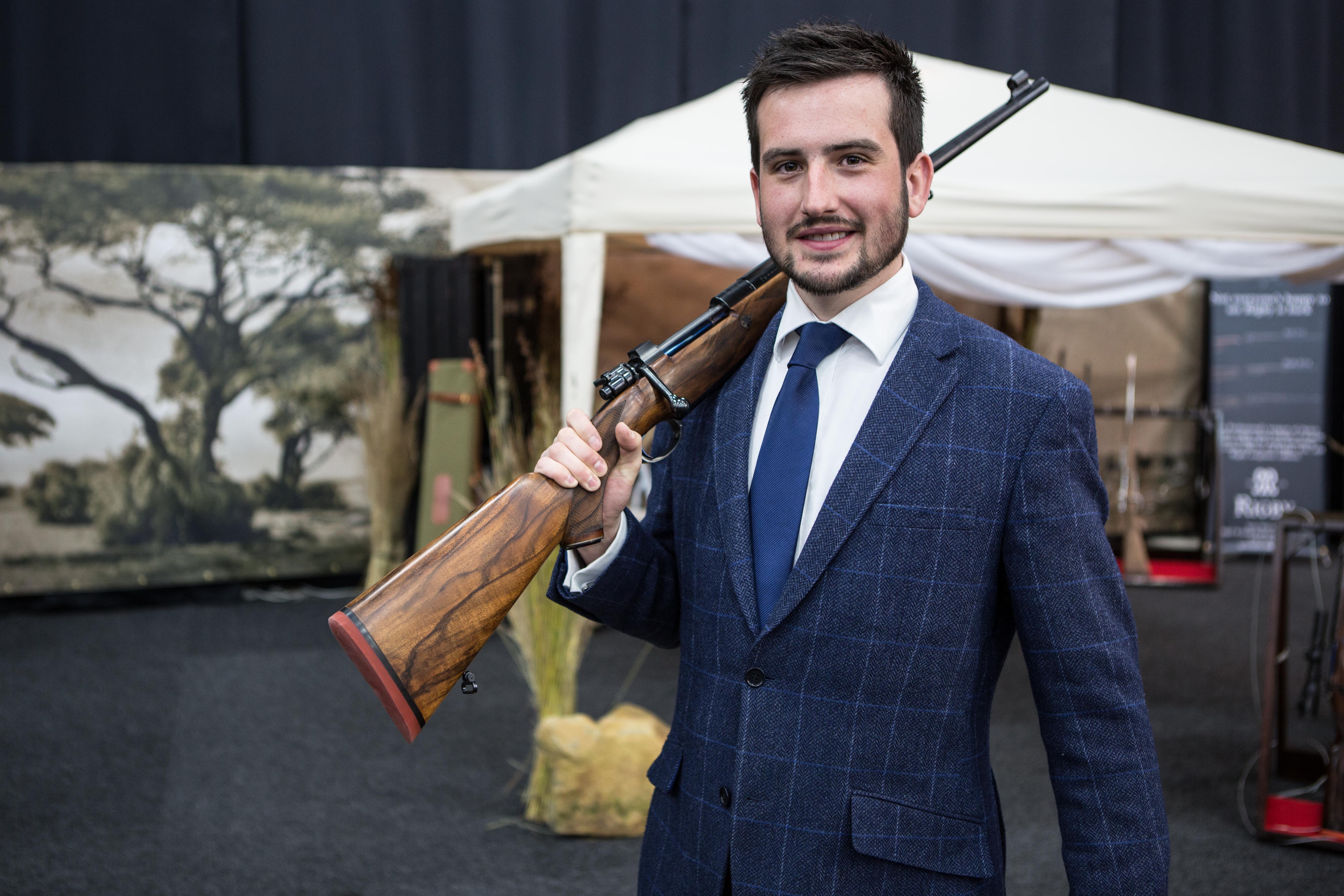 What’s the latest news from the workshop benches?

A real highlight in the past month was completing the first rising bite in .577 since 1907. We’re super proud to bring this project to realisation, which includes a stunning engraving by our own Finnish engraver, Saija, of Satao, the famous tusker elephant. As always, we had a wonderfully supportive client who was very keen to work with us. The results speak for themselves: it’s a beautiful gun that not only looks great but also handles superbly. A lot of .577s are made too light or too heavy, but I think we’ve got a great weight in ours at 13.5lb. It’s light enough that you can carry it all day on safari, but heavy enough that the recoil is very manageable.

You must be very proud that Jamie Holland, Rigby’s apprentice gunmaker, was given a certificate of excellence by the gunmakers’ livery company last month.

Absolutely. Jamie reminds me a lot of myself when I joined the gun trade at 19. He joined us at 18 and was still very green, but had a real passion for guns although he hadn’t come from a shooting background. There was something I found very endearing about his character and we hired him as an apprentice immediately and enrolled him in the Gunmakers’ Company Charitable Trust scheme.

Something that I felt very strongly about during his three-year training period was that he shouldn’t solely learn about building guns on the bench. I wanted him to spend time with me and the front of house team so that he was fully informed on all aspects of running a business. The result is that he could now step into any role. It’s been immensely satisfying to see him grow from a young lad into a confident young man, who shoots probably more big game rifles per year than anyone else in the country. When zeroing at the range, he shoots in excess of 100 large calibre rifles a year and – with the help of the guys in the shop – he has taught himself to be a phenomenal rifle shot.

The bottom line is that I’m very, very proud of him. Bringing back Rigby overall has been an amazing experience but there are several aspects which have been particularly special, such as the Jim Corbett rifle coming home. Jamie is right up there with those, with the potential to become one of the future leading figures of the British gun trade. 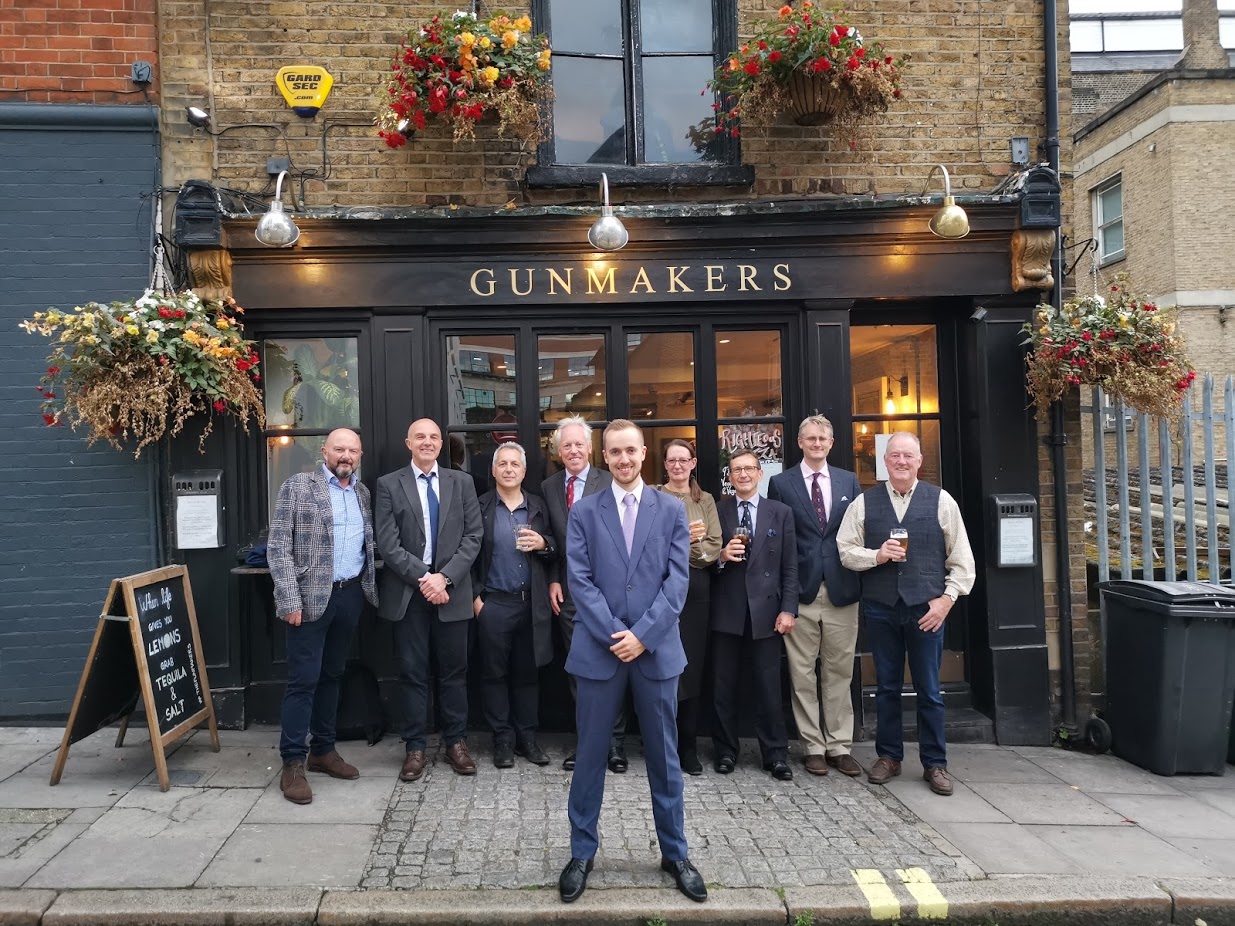 Have you been out and about in the field yourself recently?

I was out in South Africa a few weeks ago with some valued customers from the Middle East. It’s a very important market for us and having the opportunity to spend some time out there with clients like this is always a real pleasure. They were hunting buffalo and plains game and using a selection of rifles including several Rigbys in .416, .375 and 7mm Remington Magnum, amongst others. It all made for some very enjoyable sharing of stories around the campfire.

I haven’t shot a deer myself since the roebuck rut. I just don’t get time to do any stalking at the moment. Last weekend, I was guiding some clients using Rigbys in the fallow rut. It’s one of my favourite times of the year as it always reminds me of growing up. We would always go out and try to find the rutting stands with our father and sneak in and watch the bucks fighting and calling in amongst the trees. It’s a time when the forest really comes alive so it’s always a pleasure to be out.

I also took my little girl out a couple of weeks ago. She’s two now and she’s been deerstalking with me since she was three weeks old with her own little ear defenders. At first, she’d ride in a chest pack and now she’s in a backpack that we call a ‘Daddy howdah’. She sits in there and she watches. This time, we didn’t take the rifle, just the binoculars, and we were all watching the bucks calling, fighting and roaring about. It was very special. That time that I had with my father in the woods, I can now hand over to Rose. As she gets older, perhaps she won’t be as passionate about hunting as I am, and that’s also fine, but she’s certainly got a keen interest in it and it’s lovely to be there with her.