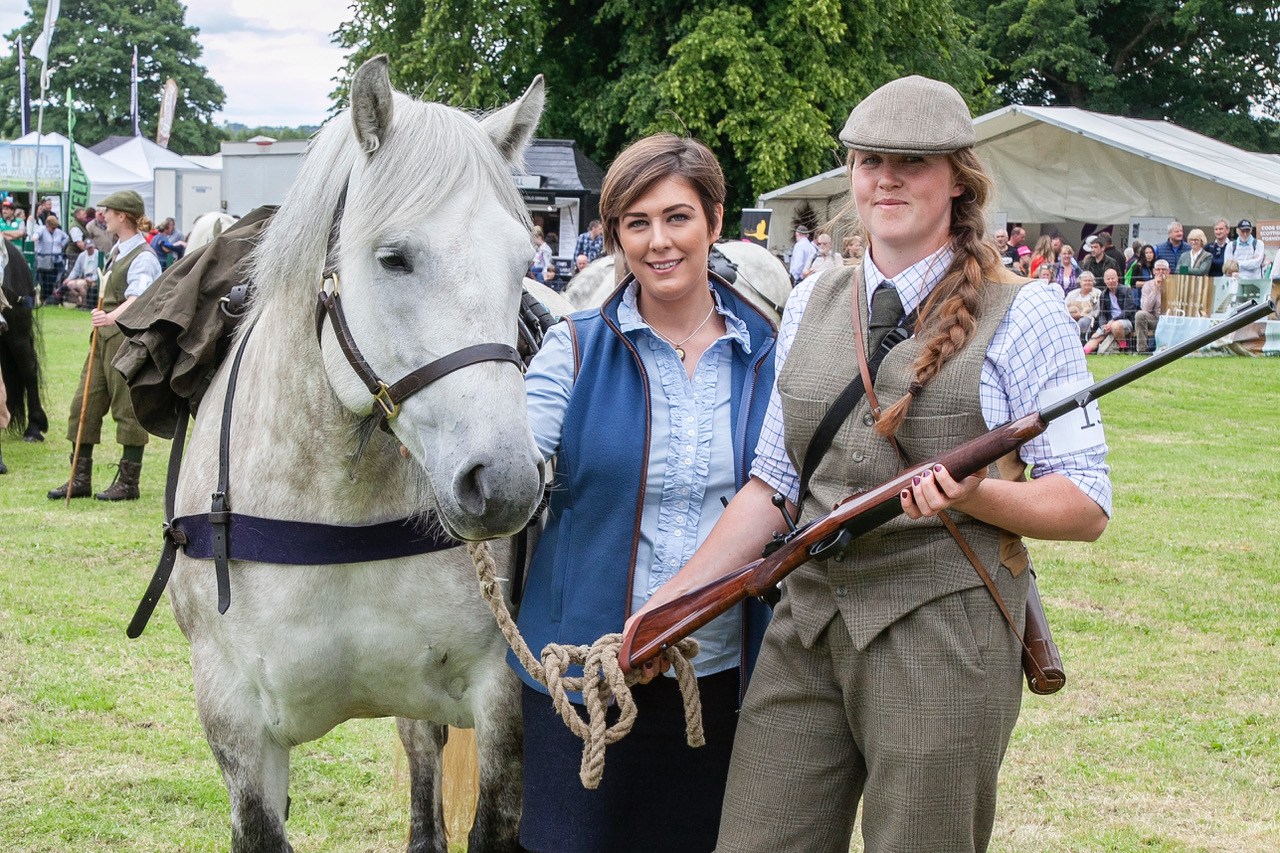 The estate is set to receive one of Rigby’s Highland Stalker rifles in .275 Rigby, which will be specially engraved with the winning ghillie, pony and estate’s name on a silver shield inlaid into the rifle’s stock, making the prize worth a staggering £12,000. Rebecca also took home a bronze medal from the Highland Pony Society plus a rosette.

The competition, organised by the Game & Wildlife Conservation Trust and the Association of Deer Management Groups, is held in memory of Fred Taylor, who was the headstalker on Invermark Estate in Angus for more than 30 years. In commemoration, Fred’s widow Anne also presented the triumphant duo with a bottle of Scotch whisky.

Rebecca has worked with eight-year old Balmoral Harmony for the past ten months, although a relatively new pairing, the mare has completed three seasons on the hill. Not a newcomer to the arena, this was Rebecca’s second time entering the competition, after three years ago winning bronze.

Commenting on the win, Rebecca said: “We’ve worked together since last October and have already completed a season on the red hinds. Today’s competition was really exciting, amazing and great for the estate.”

Marc Newton, managing director of Rigby, added: “Tradition and heritage are the life-blood of Rigby, which is why we are so proud to support this fantastic competition. Witnessing these time-tested methods being honoured is a real privilege in our modern age, so it was fantastic to see a great representation, with 12 ponies and handlers taking part, all the way from Sutherland in the far north to Dumfries and Galloway in the south of Scotland.”